American songstress, Cardi B have just shown the world how much she loves and adore her husband, Offset, as she defends him after he was dragged by a police officer. 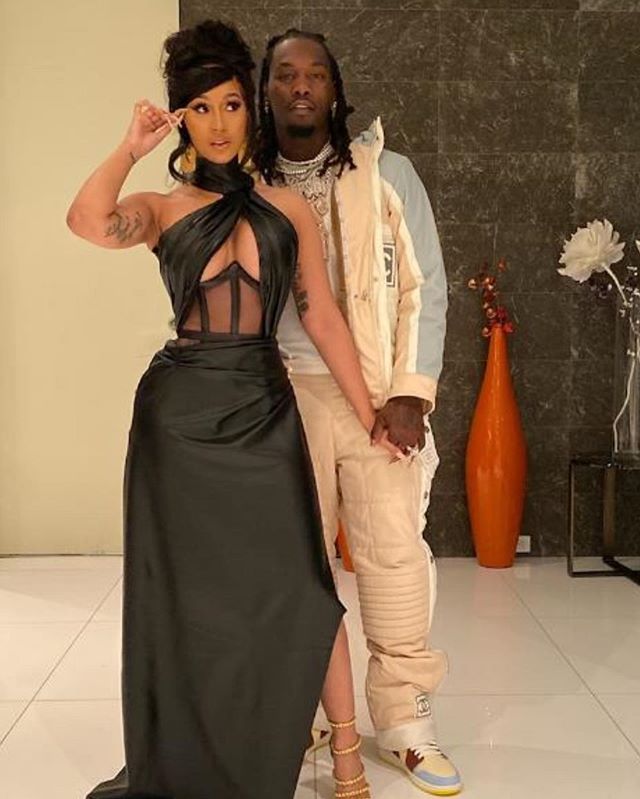 by police in Beverly Hills, California, USA, on Saturday, October 24, and he streamed

part of his interaction with the law enforcement live on Instagram.

According to the police, the rapper was not arrested, but the passenger in the car, 20-

year-old Marcelo Almánzar, was arrested on charges of carrying a concealed firearm

and carrying a loaded firearm in public.

Things however took a dramatic scene at Cardi B confronted the police officer that dragged her husband.

See video of Cardi showing how much she care for Offset below;

This dramatic scene comes days after Cardi B filed for a divorce amidst a marriage dillemma with Offset.

Adedokun Moses - April 19, 2020 0
Ghanaian singer and songwriter, Shatta Wale is set to visit Nigeria so as to have a nice time with reality star, Tacha. Shatta Wale in...

Violette Johnson - September 28, 2019 0
For all the drama on Naija social media space, Toke Makinwa is in far away Greece taking in the sunshine in soothing Orange bikini....

Violette Johnson - October 14, 2019 0
Whole lot of drama surrounded her disqualification from the BBNaija show, but even then Tacha was perceived as a rude, dishonest, self-centred personality who...