Home Entertainment Mompha send message to hypocrites claiming he will soon be nabbed by...

Nigerian millionaire entrepreneur, Mompha has sent a strong warning to hypocrites shading him on social media after the arrest of Hushpuppi. 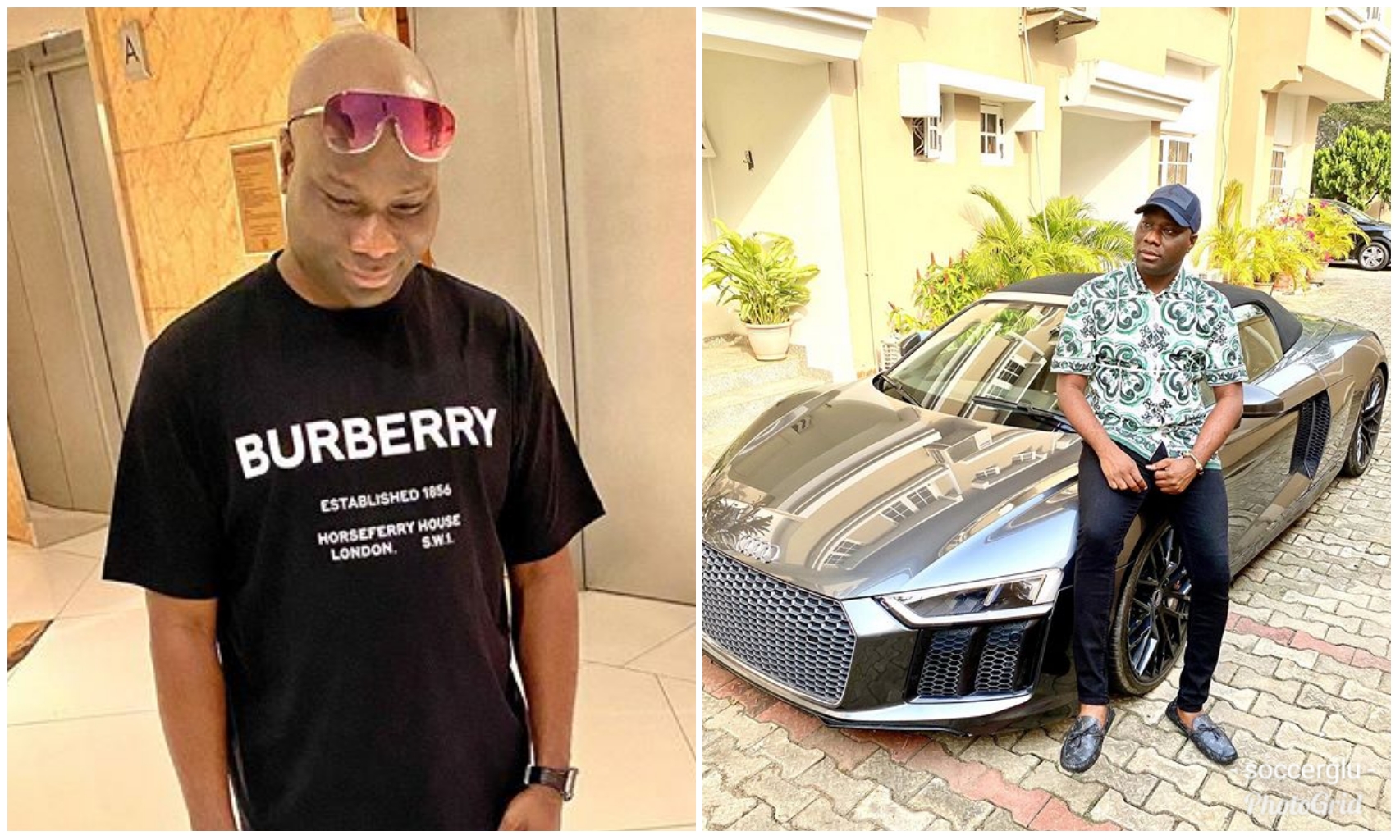 he gets involved in the drama Hushpuppi has got himself in are sick.

O Allah, please grant every believing man and woman: Your mercy, Your guidance, Your blessings and Your forgiveness (Amin)

JUMMA’AT Mubarak ??!!! Note: For those idiots tagging fbi and interpol on my page and saying you are next na thunder go fire those hand you use in typing by the special Grace you idiot think fbi or interpol dont know mompha ??? you must be really sick ? fucking hypocrites they never mind their business Bastards!!! 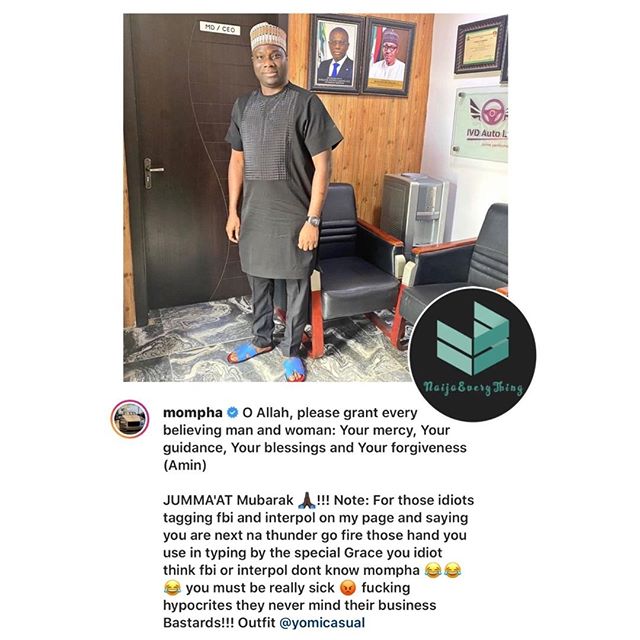 While some dragged Hushpuppi and claimed his career is over others noted that they pray he gets out of the mess as soon as possible.

Violette Johnson - December 8, 2019 0
So after leaving Nigeria early hours of today for the second phase of the LiveSpot music concert 2019, Cardi B has arrived safely in...

Olumide Oluwaseyi - June 11, 2020 0
You all remember Bangalee ,Eja nla, koko master also known as Dbanj celebrated his 40th Birthday some days ago and it was just breathtaking. You...

Violette Johnson - September 2, 2019 0
Controversial cross dresser, Bobrisky and celebrated Nigerian actress, Toyin Abraham's wonderful  friendship seems to have hit the rocks. The two are rumoured to be no...

Master Imitator: Guy who mimicked Cardi B is at it again with another female...

Violette Johnson - December 13, 2019 0
So it is looking like this might just be the breakout season of creative artist ShadyBoi as he is onto another mind-blowing mimicking project...