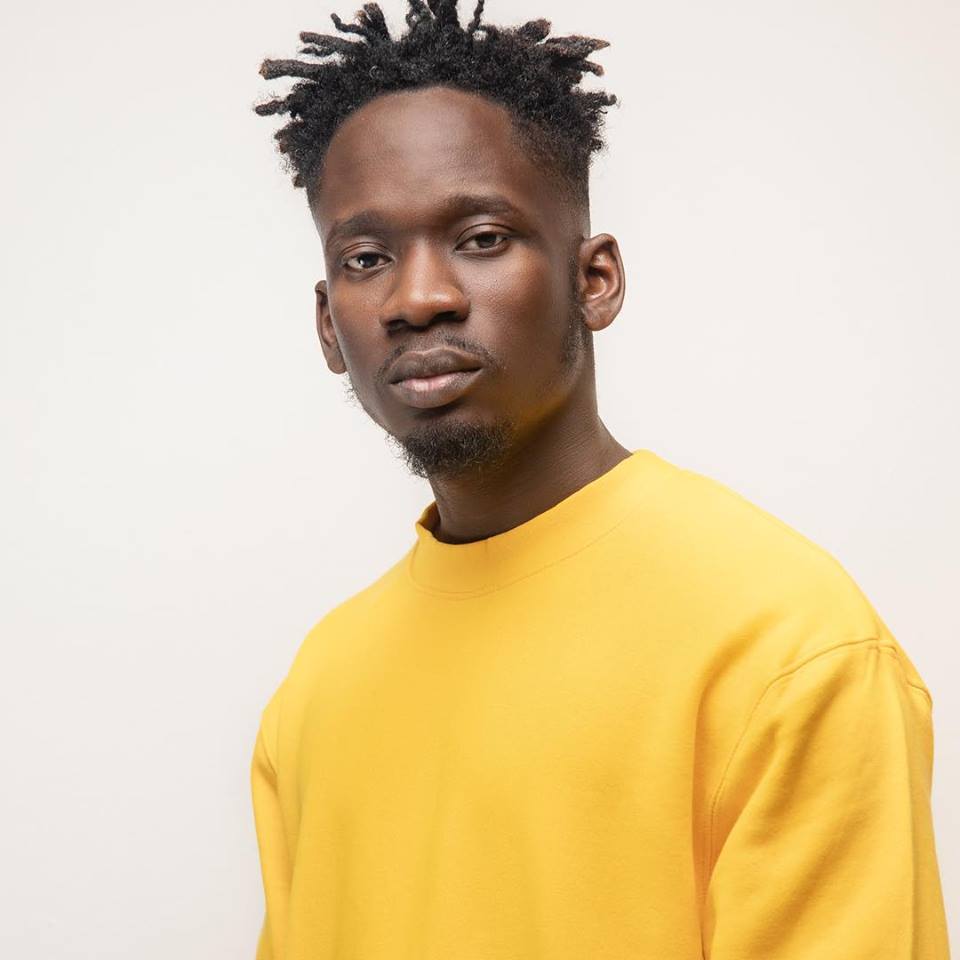 The twitter user called the “Ohemaa” hitmaker a gold digger accusing him of going after Otedola’s money just because Mr. Eazi is dating the billionaires daughter, Temi Otedola.

The Twitter user descended heavily on the singer because of a comment he made in connection to the xenophobic attacks on Nigerians in South Africa.

However, his tweet was misinterpreted by some as some commented to it in an offensive way.

A number of his attackers lashed out at Mr. Eazi accusing him of being a gold digger by dating Temi Otedola for her father’s money.

Mr.Eazi later decided to silence his critics by replying one of them by listing the things he has achieved his own and how he’s contributing to improve the life of others. 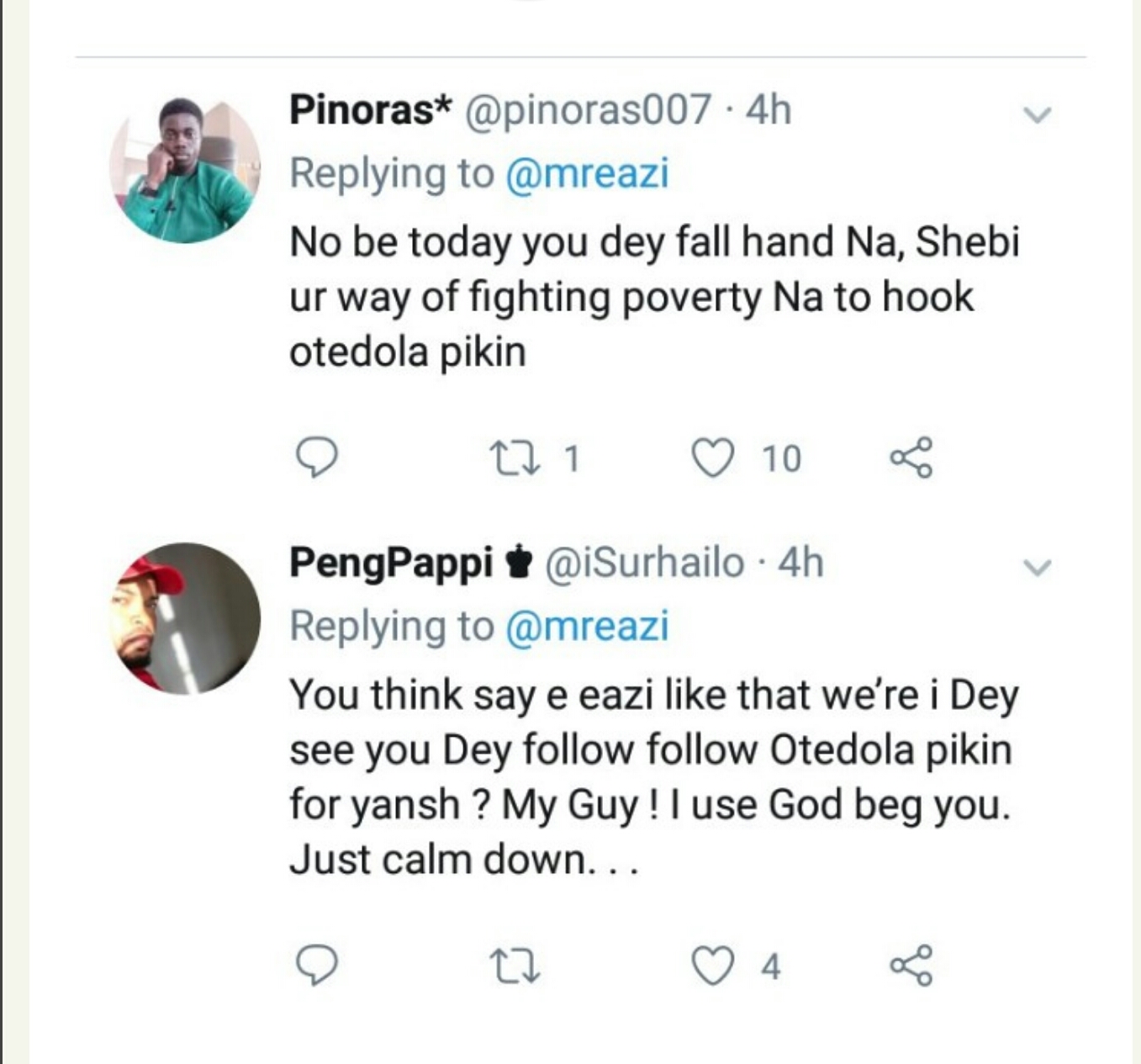 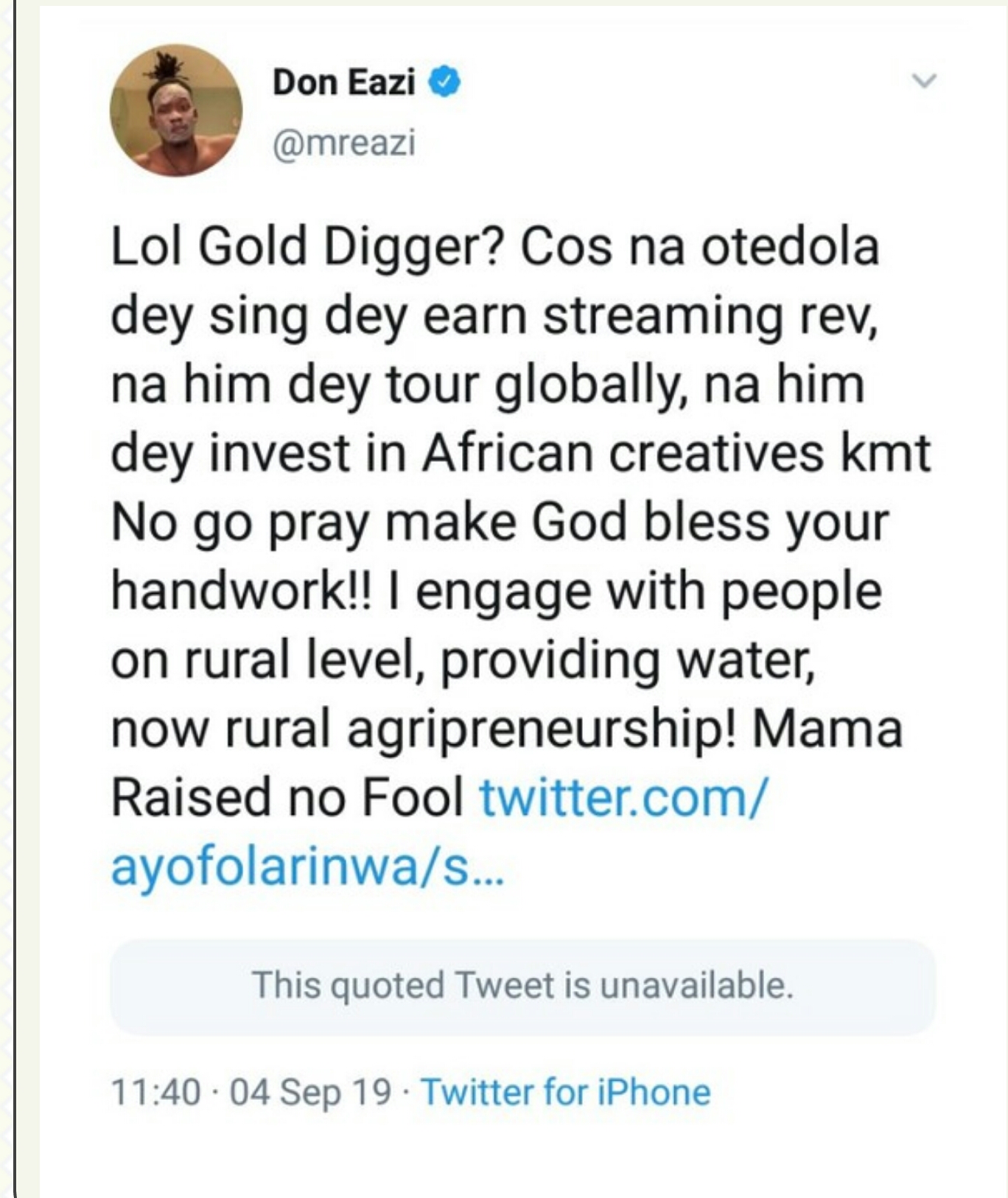 Fans have praised Mr. Eazi for his response to the offensive comment.

COVID-19: ” I can’t deal with this anymore” – Yvonne Jegede cries out

“Our brand has affected us negatively in Ghana”– Dark Suburb