American model and actress, Naomi Campbell have speak out in defence of the black American man that was murdered by some police officers in Minneapolis. 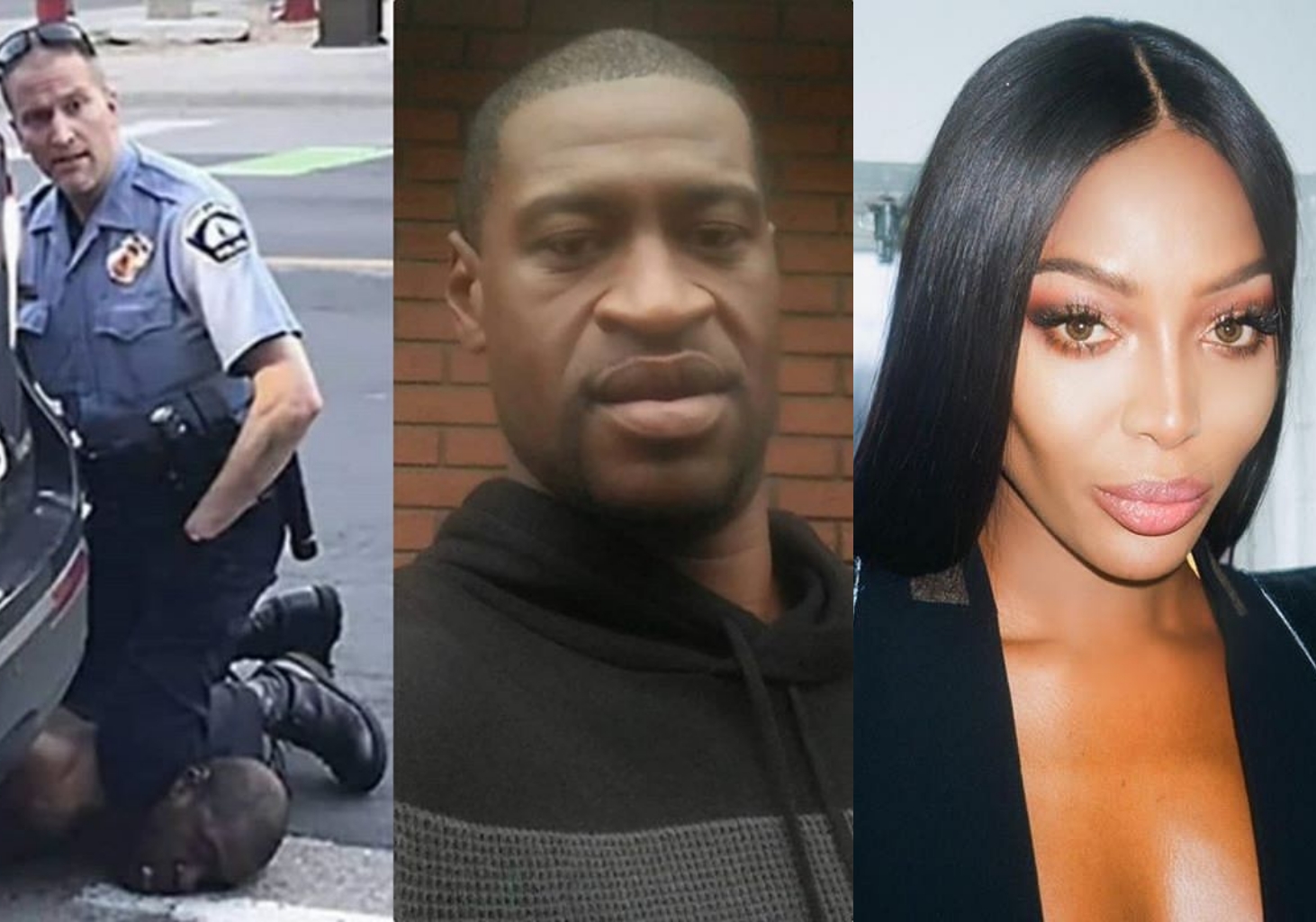 work before he was sadly murdered yesterday by the police.

He could be heard saying ‘I can’t breath’ and the police officer who had his knee on his neck wouldn’t let him up.

the young man’s death whose video of being murdered have gone viral on social media.

event despite the rate at which Coronavirus is killing.

Naomi Campbell reveales that the pandemic disease has shown the world

how far racism has gone in the country, lamenting om how black people are being humilated.

She however insisted that despite the high rate of discrimination she’s proud to be a black woman.

I don’t have the words. I’m sick and tired of this, tired of being sad about our people dying needlessly. Harassed and humiliated, in these challenging times, I thought we could come to together, but it seems like this Coronavirus has bought out more racism in a major way… where does it end? I’m black and I’m proud #JUSTICEFORFLOYD 💔😢😡. MAY HE REST IN POWER 🙏🏾

The four police officers involved in his murder have been fired. They now need to be arrested and prosecuted.

officers to pin George Floyd’s head to the ground was against the department regulations.