Curvy and endowed actress, Nkechi Blessing flaunt backside in new sexy pictures that has got fans on their toes. 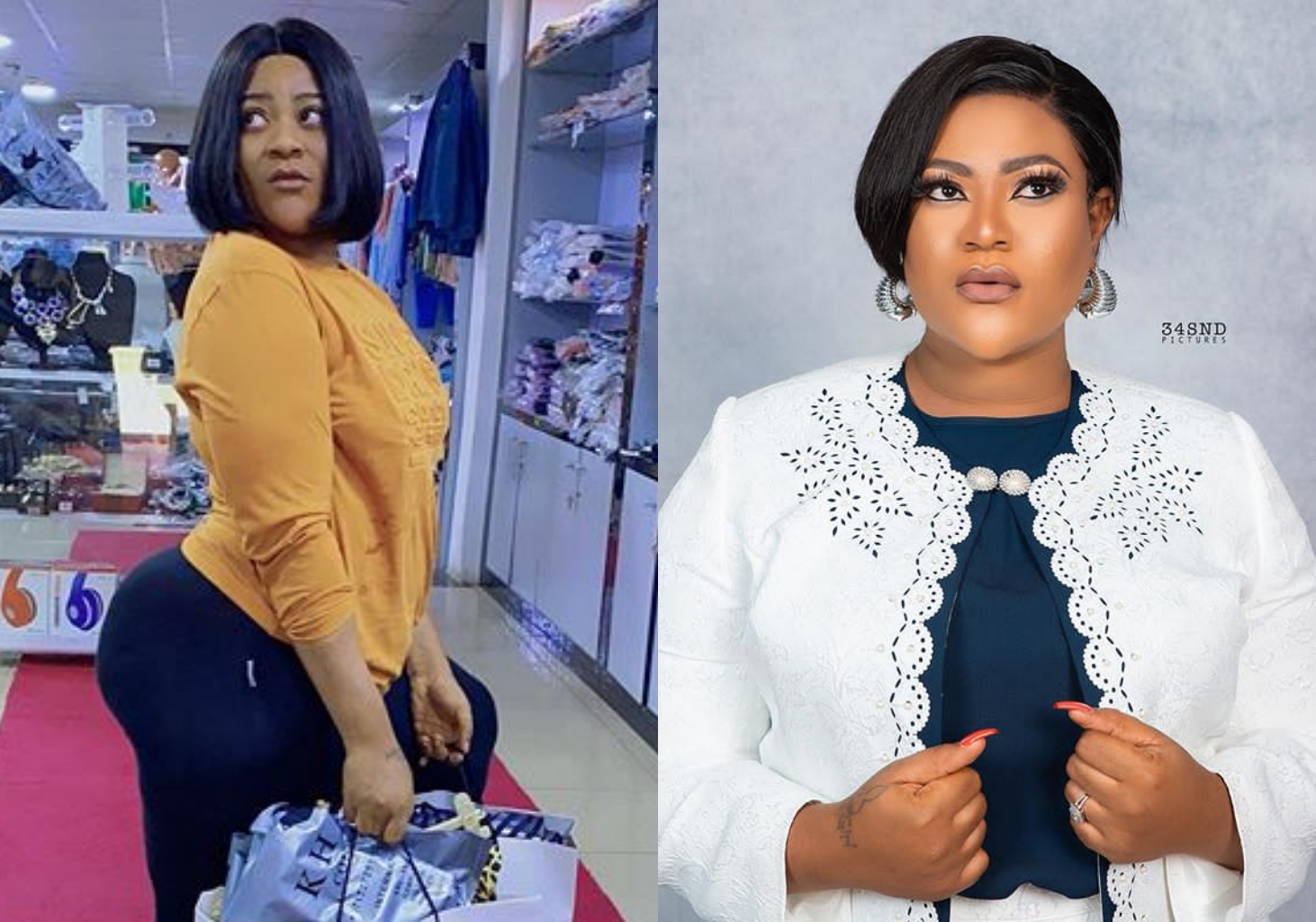 been ordered by the Government but not Nkechi Blessing.

Dressed in a lovely two piece outfit, Nkechi Blessing got tongues wagging with a sexy

picture that showed how much endowed she is.

The talented filmaker captioned the post with an interesting messeage to fans as she noted that the lockdown rules will not stop her from slaying.

Nkechi Blessing hit the one million followers on Instagram yesterday and

celebrated the new milestone by posting a customized picture that was captioned with a sweet message to fans.

ago, a brand she named Nkechi’s Secret.

Despite being called out by her former employee, Deshapeables, Nkechi Blessing

sold out the first batch of her new product just hours after she launched the product.

actress to pre-order for theirs so as to get there own as soon as the lockdown rules is lifted.