Home Entertainment ‘No woman should drag a man position as the head’ – Ruth...

Nollywood actress, Ruth Kadiri has sent a message to ladies who are fighting for gender equality as she ask them to stop dragging for a man position as the head. 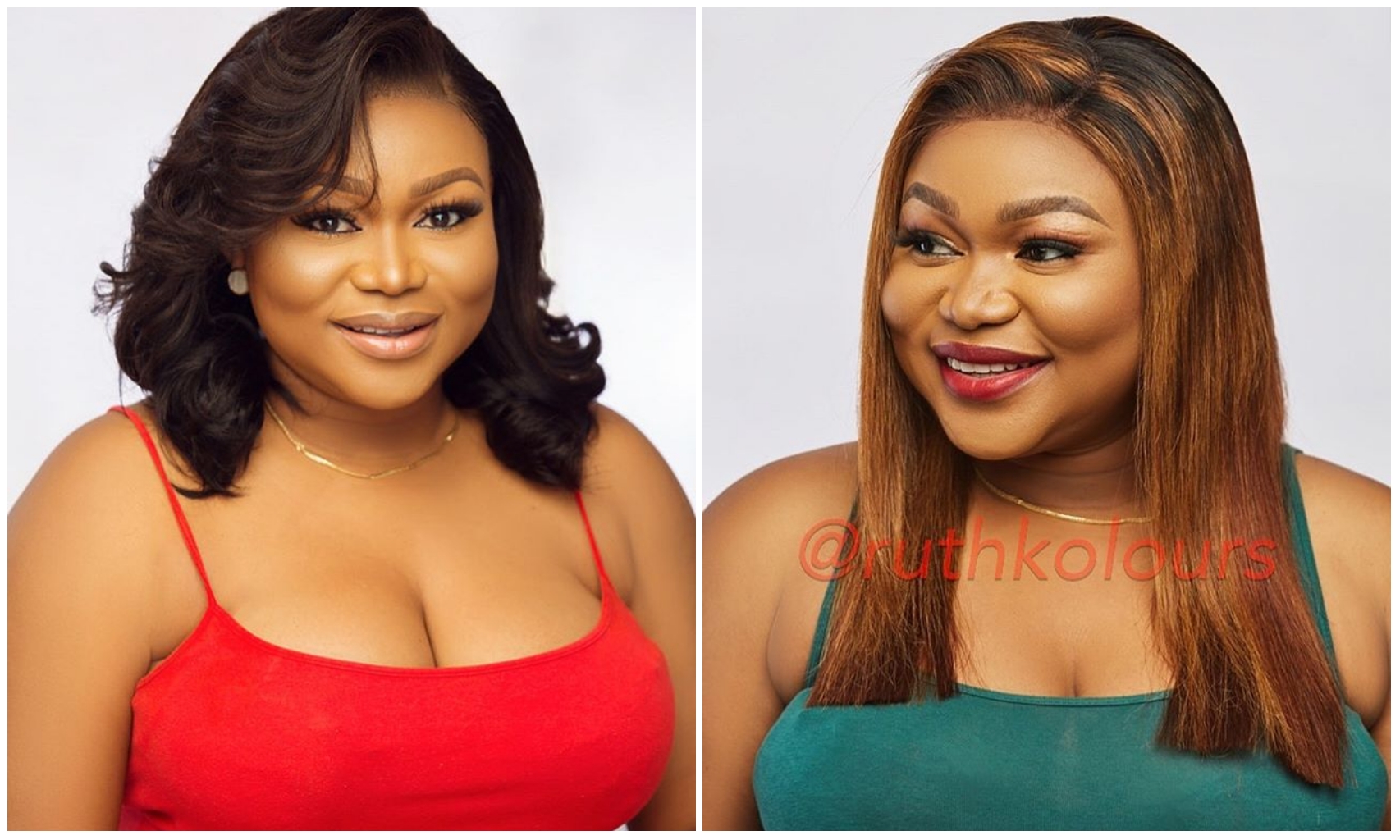 of Pastor Adeboye to his lovely wife have been trending ever since he posted it.

listed all the good attributes embedded in her.

still cook and serve him as the head of the family.

family as this is an insult to the personality of his wife and females as a whole.

With the issue still trending on social media, Ruth Kadiri took to her Instagram

Page to urge ladies who are dragging the head position from their partner to stop.

According to the beautiful screen diva, Pastor Adeboye is not lying as the Bible clearly states that man is the head of the family.

or want to be deny of his right. 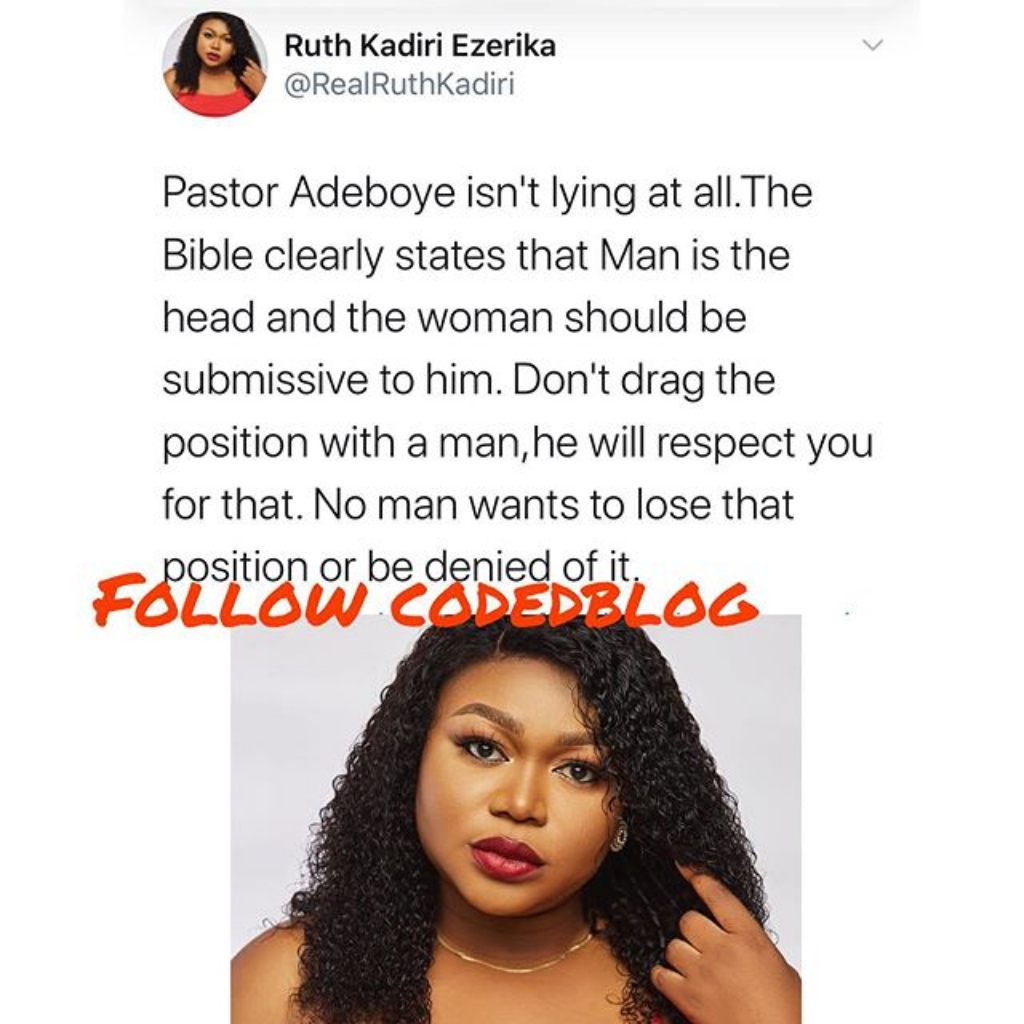 Ruth have always been prominent in speaking out against any issues that concerns ladies in the country and it’s left to see if she would be trolled.