Veteran Nollywood actress, Omotola Jalade Ekeinde confirms that she has finally relocated abroad with her family.

In a report via the Nation, the actress confirmed that she and her family have relocated to the United States of America. 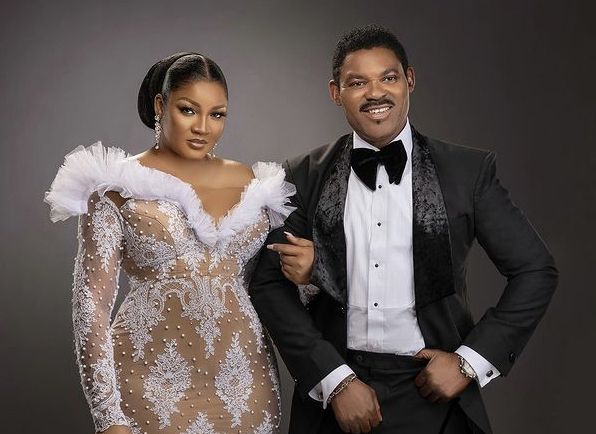 According to the report, the actress and her family were spotted during a church service in West Hollywood on September 24th.

When asked if she was on holiday in the U.S, she replied stating that she now lives in the U.S and she isn’t on holiday.

It has been a relocation season for a lot of people as many Nigerians even celebrities are relocating due to the current state of things in the country.

We wish them the best.

Talking about beautiful mothers, Late Alaafin of Oyo’s wife, Olori Memunat celebrates her son with loads of prayers as he clocks a new age (read it here)