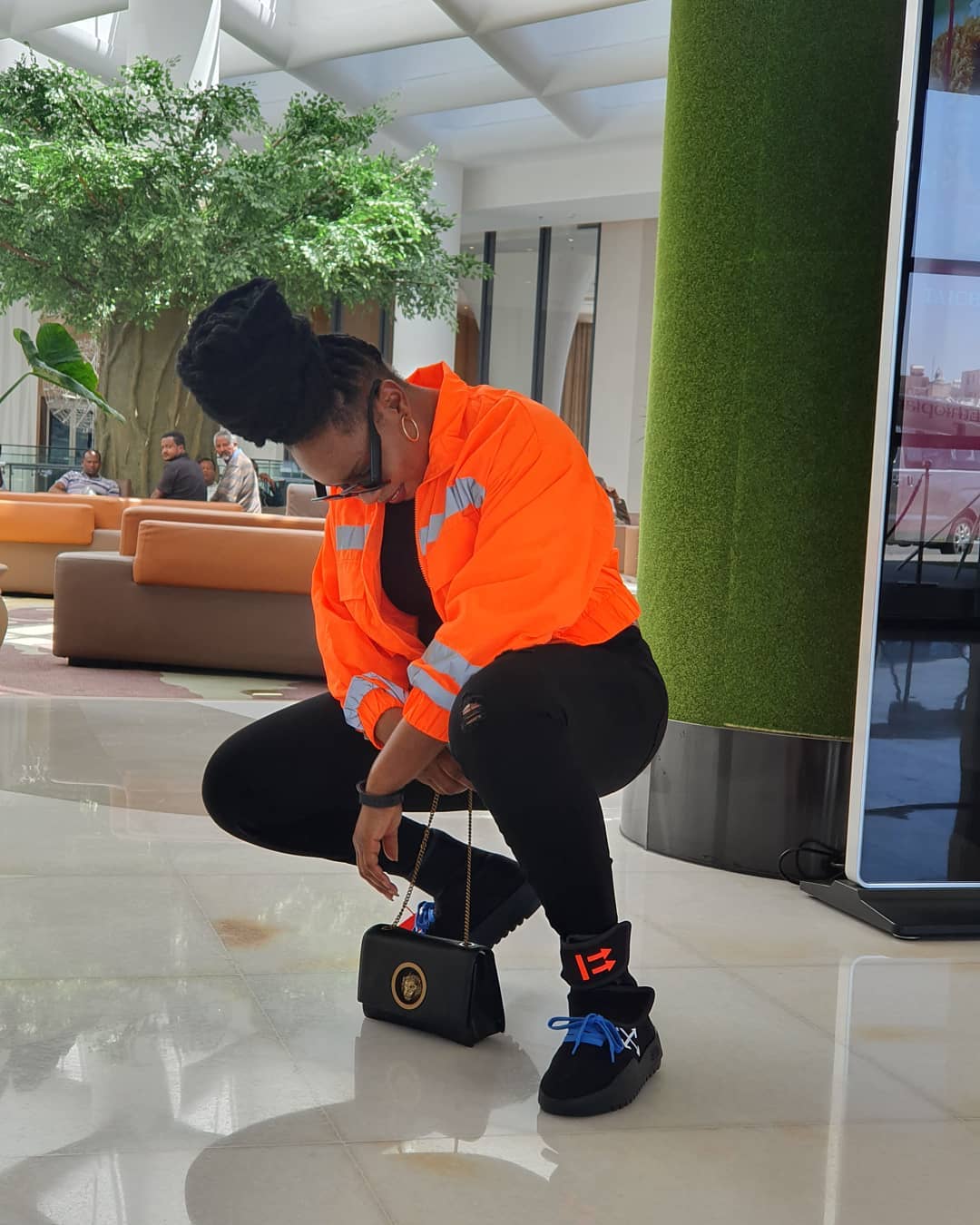 The Nigerian Music star, Yemi Alade is now an internet sensation after launching her fourth music album in Kenya,tilted woman of still

She hosted an exclusive party in Nairobi as she released the album dubbed Woman of Steel before proceeding to other parts of the world.

Afropop singer yemi Alade seems to be enjoying her glamorous musical tour while she share an outrageous picture of hers rocking a sleek orange jacket on black jeans.