stay strong and move on as quick as possible.

This seems to be the case of Femi Otedola’s daughter, Dj Cuppy who have

finally moved on from her past relationship with top celebrities.

Dj Cuppy who was alleged of being in a relationship with former Everton striker,

to shade all her ex boyfriends.

The ‘Gelato’ crooner via the post mocked all her exes by giving them a shocking gesture that showed how far she has moved on. 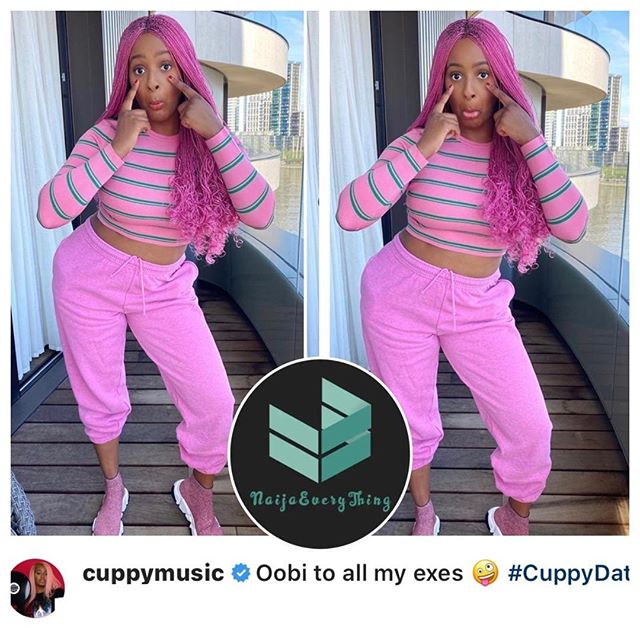 upcoming album, an album that fans are already anticipating.

stardom as she will be helping them in their quest.

She has been compiling Demos of upcoming artiste that have been sent to her as she noted that the lucky artiste will be revealed in the few days.

Living in Nigeria is better than living in the U.S – Says, American actor, Rotimi (video)