Home Entertainment Parents of female children in this age are ignorant — Kemi Olunloyo...

Controversial media personality, Kemi Olunloyo have voiced out her opinion on parenthood when it comes to managing females on nowadays.

feasible as she continues to shake tables.

The self acclaimed investigative journalist in the past have spoken about marriage,

this particular age and time.

and happy she his that she does not have any daughter.

them by flaunting them on their various social media platforms. 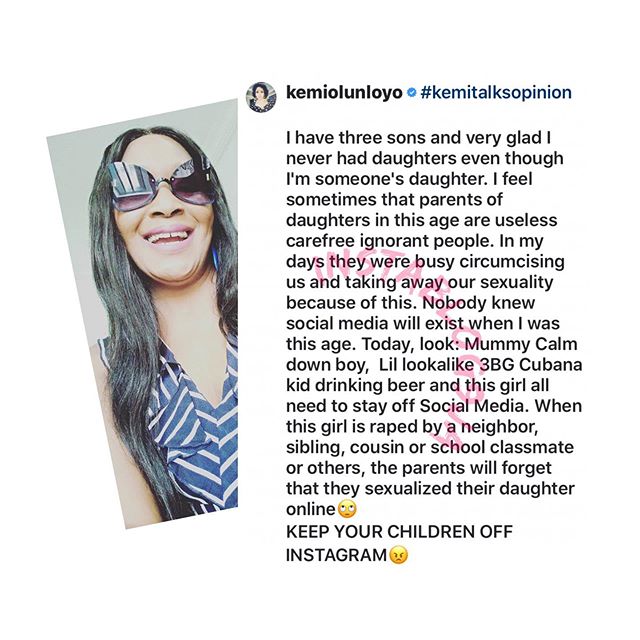