Popular Nigerian musician song writer,Peruzzi has been called out by his benefactor and record label boss,after breaching his contract and fails to do the needful. 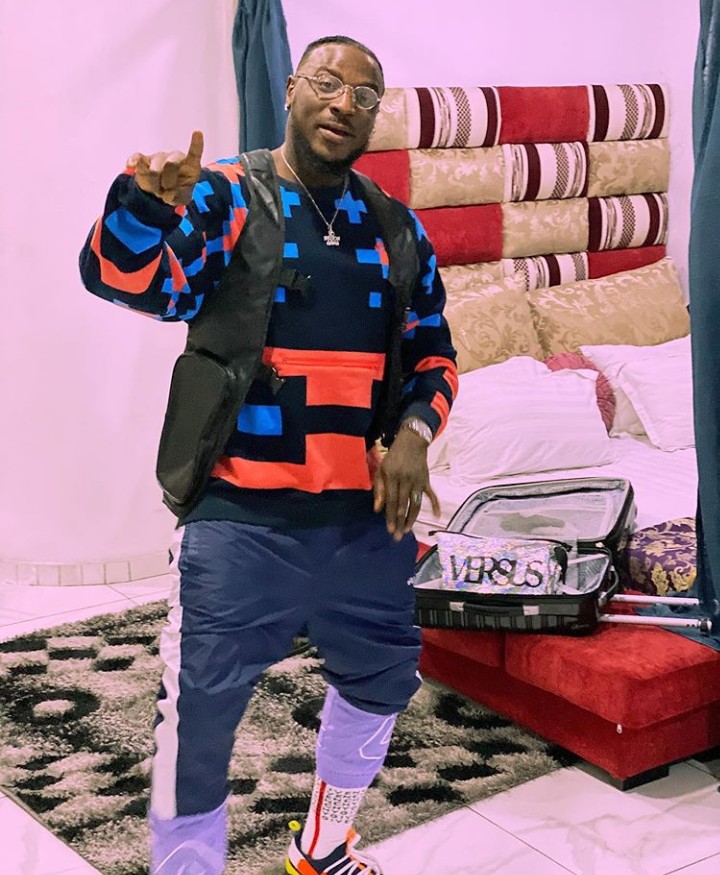 The pop star was said to have betrayed his  benefactor and record label,signing a record Deal with DMW,breaching his contract without his consent.

This was made known to the public via  a twitter account,inquiring the lovers of DMW music to be his judge while he narrated the tragedies.

I have been patient for two year and Davido or Peruzzi refuse to pay me,I had to bring this issue here because he don reach.Peruzzi need’s to be exposed,it been depressing two year’s and I can’t hold I any longer. 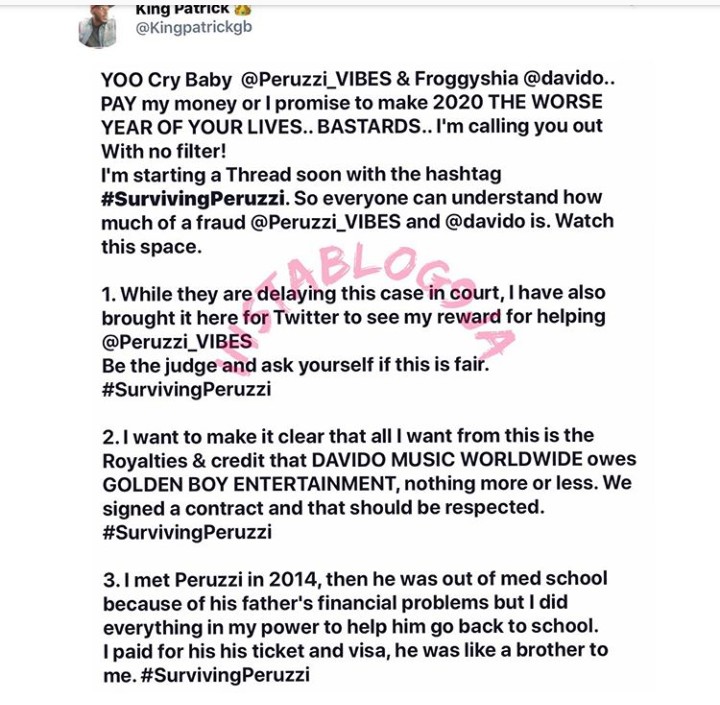 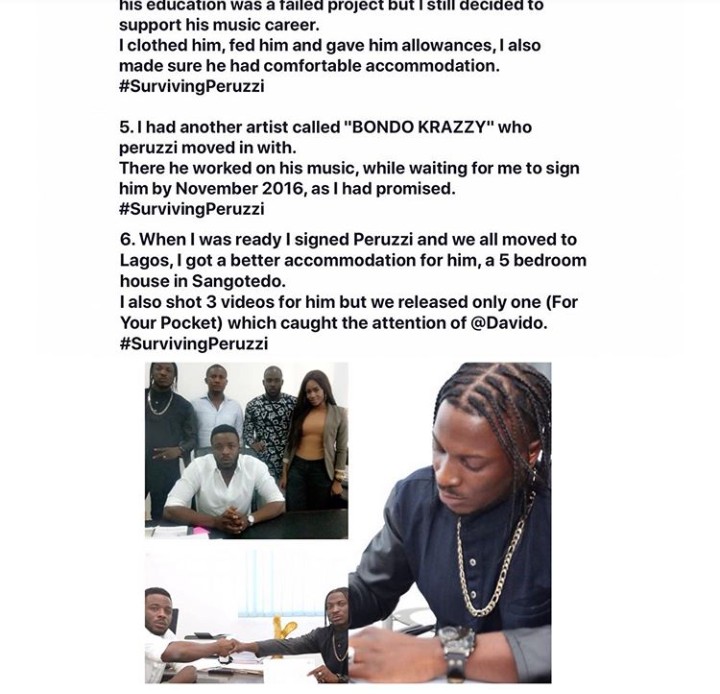 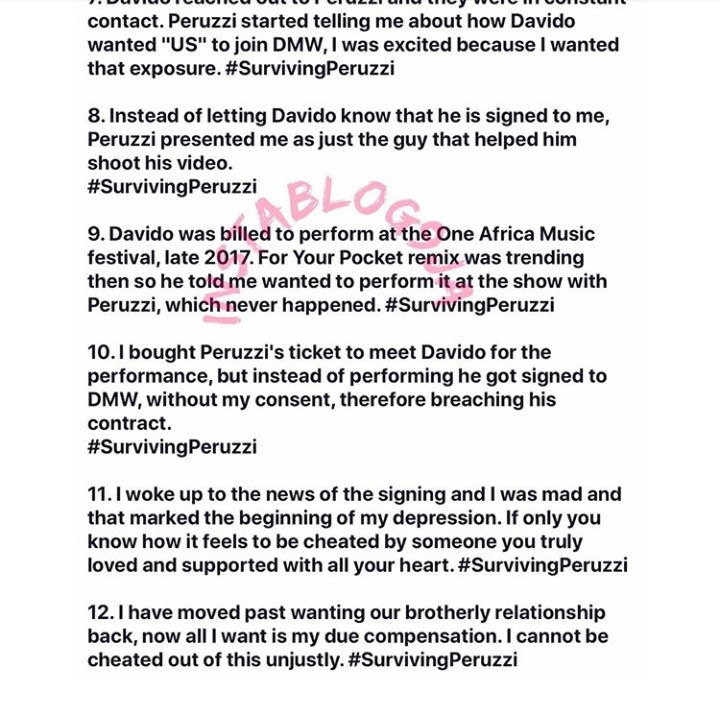 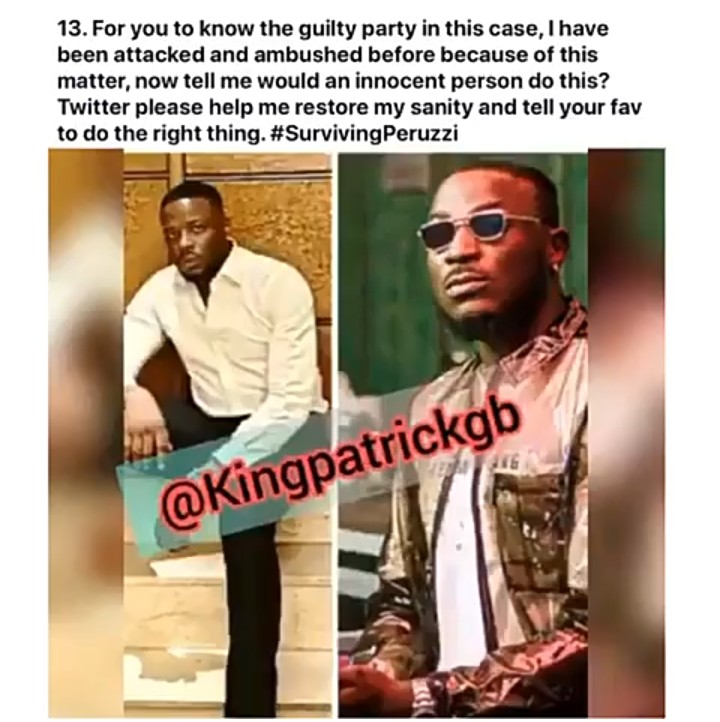 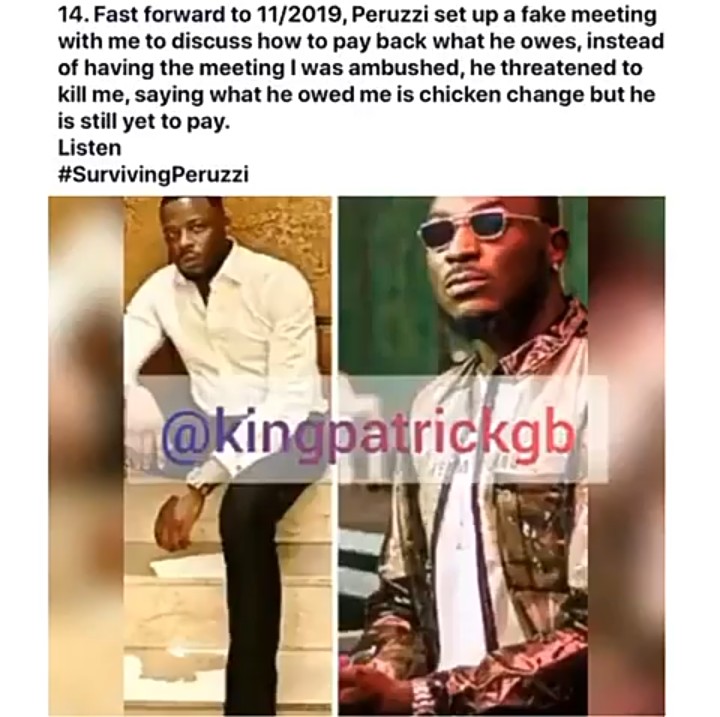 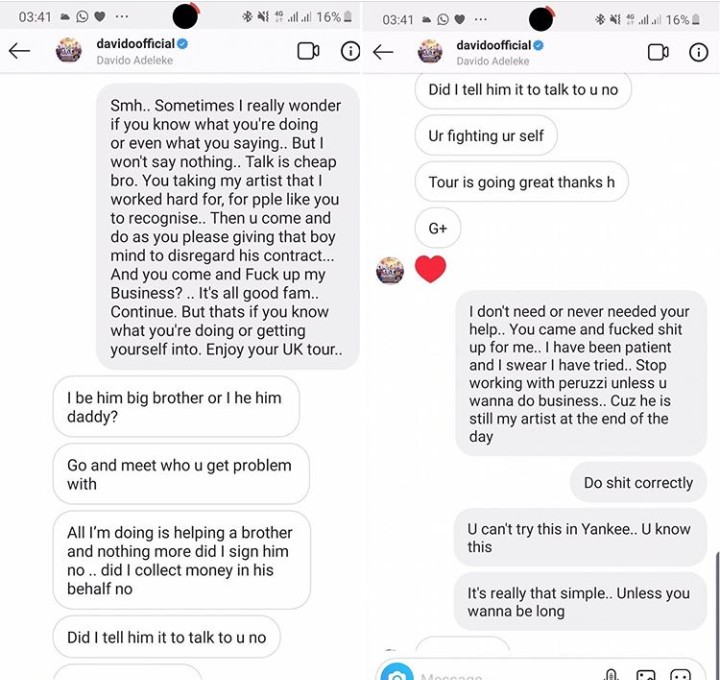 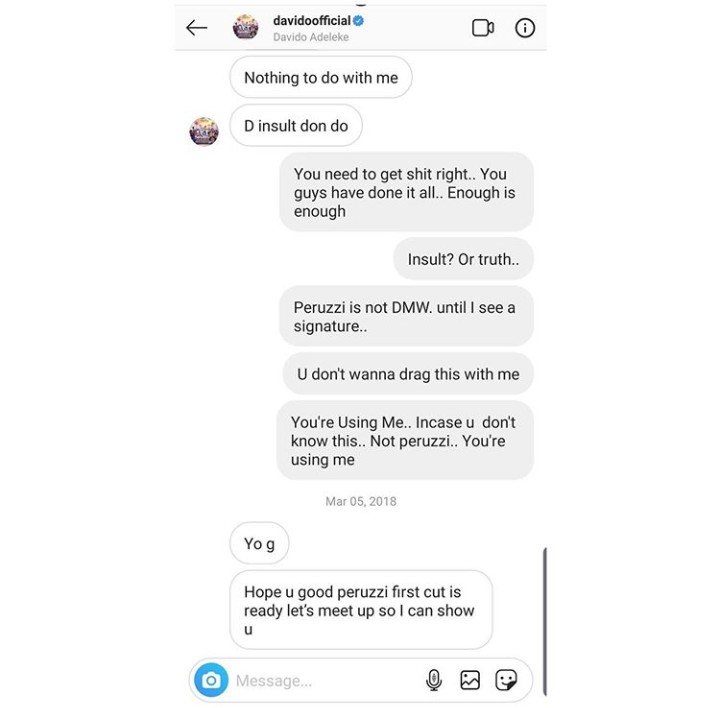 However,DMW boss ,Davido replied to the alleged accusations, asking him if he actually know what his saying or doing,but the conversation ends in insult, which Davido seems not to be pleased with.