Home Entertainment Popular DJ Cuppy needs your help with books, as she builds a...

For a young billionaire daughter that she is, DJ Cuppy isn’t just lying idle to expect things to happen without doing anything – she prefers to be part of making good her efforts to making that effective impact in the lives of people. Now she is building a Library for kids in Warri, which is unprecedented for such a personality like her. 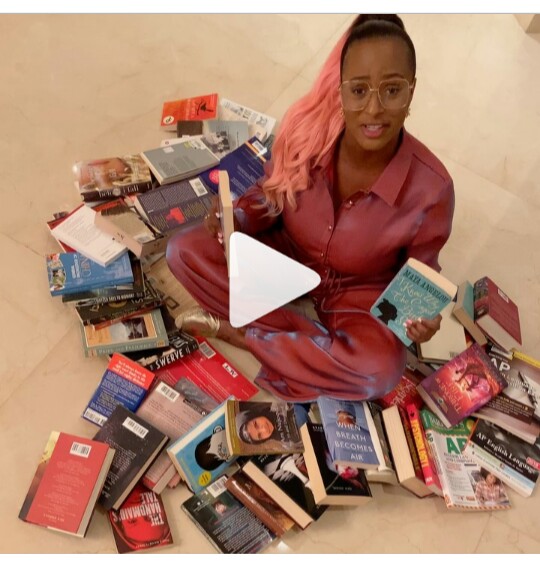 Known widely as billionaire daughter to business mogul Femi Otedola, DJ Cuppy is an accomplished female DJ and she holds her own In-terms of talent on the turntable. Her gesture to build a library serves as humanitarian aid, she also wants other people to support by donating books to fill the shelves.

Can you help? We’re building a library in Warri for displaced children!!! Please donate all your OLD BOOKS! 📚🙏🏾 Follow @Stallion_Empower for more info! 🕊🇳🇬 #StallionBookChallenge #CuppyCares