US rapper, ASAP Rocky has been released from a jail in Sweden ahead of a verdict in his assault trial. 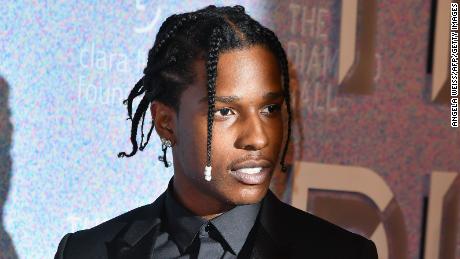 The American rapper, together with two members of his entourage are accused of beating a 19-year-old, Mustafa Jafari in Stockholm on the evening of 30 June.

Senior District Court Judge, Per Lennerbrant is due to hand down a verdict on August 14 after the trial had gone on for three days.

ASAP Rocky, whose real name is Rakim Mayers, was reported to be heading to the airport to catch a private plane out of the country.

In an Instagram post, he expressed his gratitude to his friends, family and fans for the support while he was behind bars.

US President Donald Trump who had  earlier lobbied for A$AP Rocky’s release, told Swedish leader Stefan Lofven he would “personally vouch for his bail”.

Commenting on the rapper’s bail, Mr Trump tweeted: “A$AP Rocky released from prison and on his way home to the United States from Sweden. It was a Rocky Week, get home ASAP A$AP!”

Music executive, Ubi Franklin slammed after he stated he was the first person to play Amapiano for Kizz Daniel, Davido, Wizkid and Burna Boy