Former BBNaija stars, Mercy and Ike are set to bless the face of their beloved fans with a new reality show.

has got top celebrities talking as they also can’t wait for the release of the show.

Former participant of the show, Ebuka, Nina Ivy, Mike and a host of others have

excitement that the show will bring.

See how the BBNaija stars reacted to the show below; 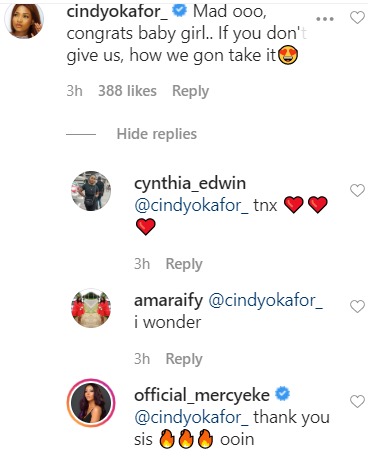 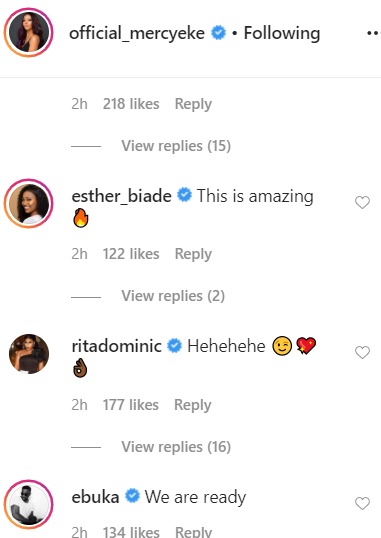 Ike and Mercy were regarded as the best couple during their time at the reality which was eventually won by Mercy.

However, both stars relationship hit the rock after some months as they both unfollowed each other on social media.

for some loved up moment.

They’ve already given a glimpse of what they got to offer during their stay at the big brother naija house and the new show will surely be one all fans and followers will be anticipating.

Fingers are crossed on how much audience the show will bring when it’s finally aired.

Dembele ruled out for five weeks due to a hamstring injury