BHIMNation Boss, Livingstone Etse Satekla who is widely known as Stonebwoy has confirmed that Blakk Cedi is no more his manager as part of restructuring within his Burniton music group.

The reggae and dancehall artiste in an interview with Andy Dosty on Hitz FM revealed that Blakk Cedi has been promoted from the manager duties to be an agent of the brand Stonebwoy. Asked why the change, Stonebwoy who was not ready to speak much about the issue asked the public to take his words given. 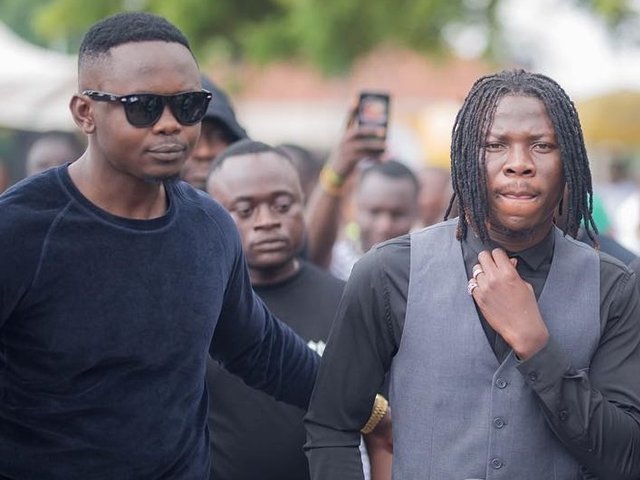 According to Stonebwoy, a lot of things have happened in his camp which was not in the right position to let the public know hence the change in his team.

“There have been structural amendments and so going forward, Blakk Cedi is no more my manager but agent.”

He also stated  that his brand will still move on without Blakk Cedi as his manager and that the public can still book him through Blakk Cedi or his new team.

‘I promised myself Grammy Award, not the fans” – 9ice opens up on failed ambition