BhimNation President, Stonebwoy has congratulated SM Boss, Shatta Wale his on his ambassadorial proposal from Budweiser, the Anheuser-Busch InBev (a beer manufacturing company in USA). 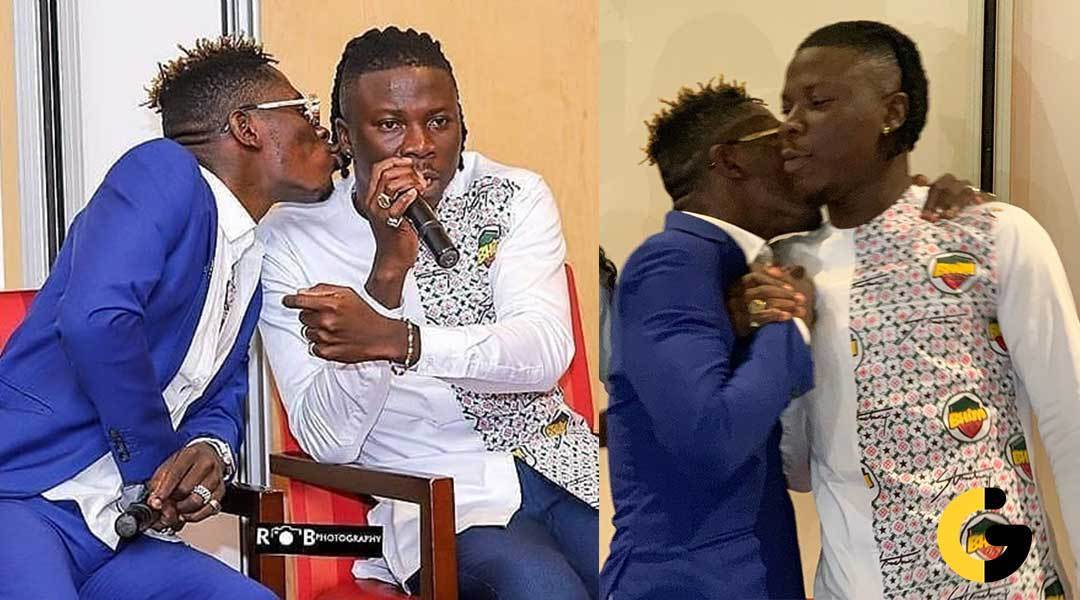 The world acclaimed brand via their official Twitter handle, contacted Shatta Wale and hinted of a possible collaboration on a project, which could be clearly translated to mean an endorsement.

Stonebwoy has also joined myriad of celebrities who have reacted to the possible endorsement deal.

In an interview with Hitz FM’s Andy Dosty, he said;

“My brother, Shatta Wale earning the Budweiser proposal made me happy. I hope that would be bigger than the ‘yawa’ that happened at VGMA. Higher we all go”.

Stonebwoy and Shatta Wale have been in supportive of themselves ever since they Smoked the peace pipe a few months ago. They pair have  developed a deep relationship than we imagined.

This major deals comes after Shatta Wale got featured on Beyonce’s “The Lion King:The Gift” Album.