The big brother naija reunion show got more entertaining yesterday night when the top two rivals were engaged in a more matured conversation.

battle for supremacy has continued even after the show.

However, last nights episode of the show was about the two stars as the organisers try to

iron things out between both brand influencer.

According to Tacha, she does not see any reason why she would troll her and more over

not the one handling her social media platforms.

This statement however ignited the wrath of fans on social media who attacked her for not being truthful.

With immediate effect, Tacha became the talk of the town and was trending on social media

especially Twitter where fans dug up series of post where she has shade Mercy and her fans.

the Titans will bury her head.

See some old tweets of Tacha shading Mercy and judge if her social media handler can tweet like this:

Tacha might be the topic for today but it won’t take time before Mercy will also be dragged for her past tweets against Tacha. 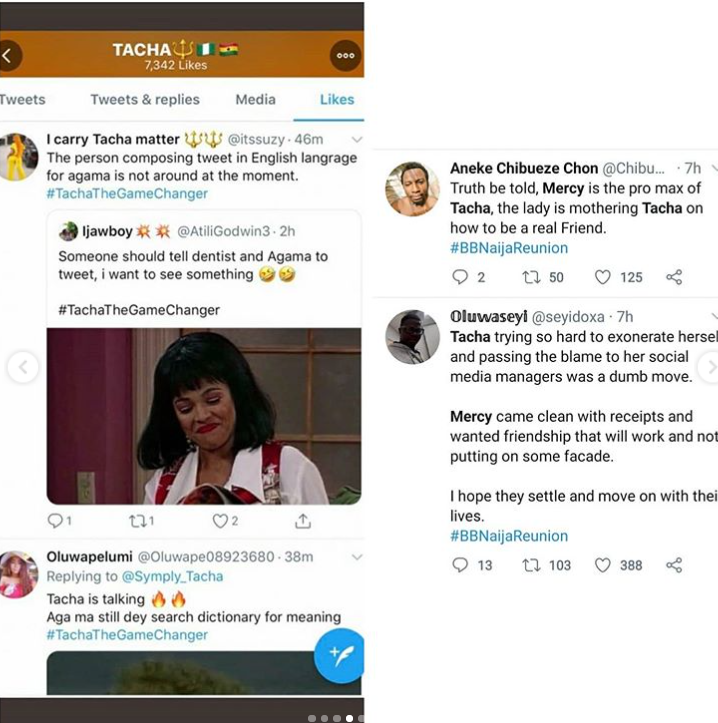 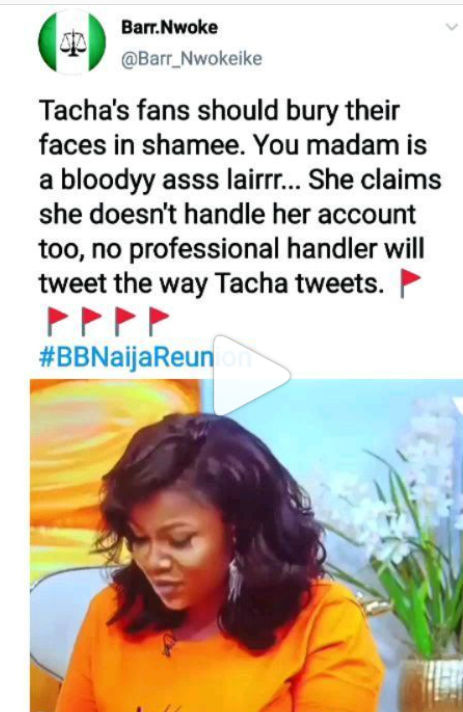 Reality TV star, Erica reveals what would happen to Italian Online Comedian, Khaby, if he was a Nigerian