Home Entertainment “Yahoo boys are not trying to survive, they are trying to Kill...

A Nigerian man have lamented about the havoc Internet Fraudsters popularly known as ‘Yahoo Boys’ cause in the lives of their victims as he noted that they are trying to kill. 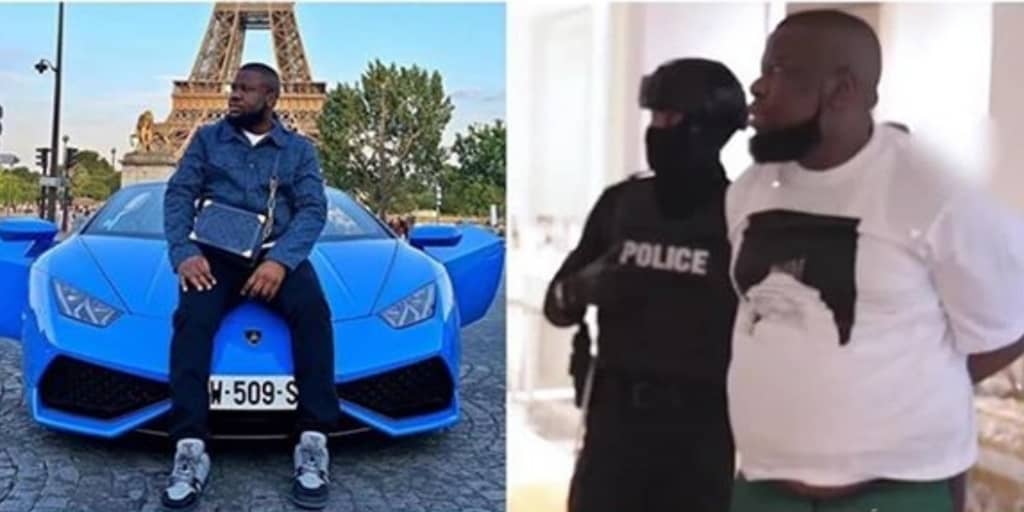 The arrest of Hushpuppi have seen a lot of Nigerians coming out to show their frustrations on the increase number of internet fraudsters who are extorting people money to live large.

footage of how he was arrested in his room that he was said to be paying 600k per night,

an angry man who could not hide his frustration have attacked people saying youths go into fraud to survive.

According to the twitter user, while he was in Nigeria, one of his close friend who was 39

years old had fall victim of the so called hackers who duped him of 15 million, an incident that saw him suffer from heart attack and died instantly.

With this in mind, he noted that Hushpuppi who have been accused of duping 2 million

lives have caused a damage on the lives of those innocent people.

people just because they want to wear Gucci. 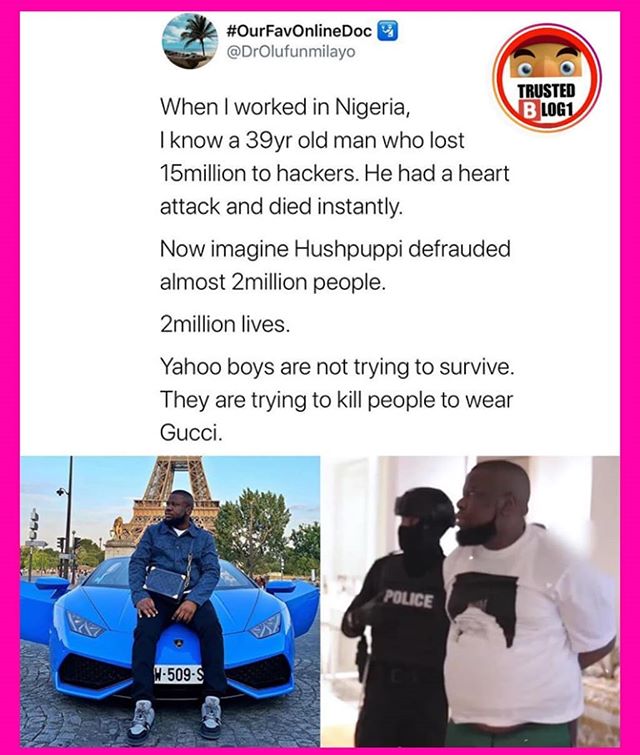 designer, he was tagged the Gucci ambassador by some fans on social media.

His expensive lifestyle also include buying cars like Rolls Royce, Ferrari and a whole lot of