Home Entertainment “They put money before our health” – Cardi B calls out Donald...

American singer, Cardi B calls out Donald Trump over his administration inability to contain the deadly Coronavirus. 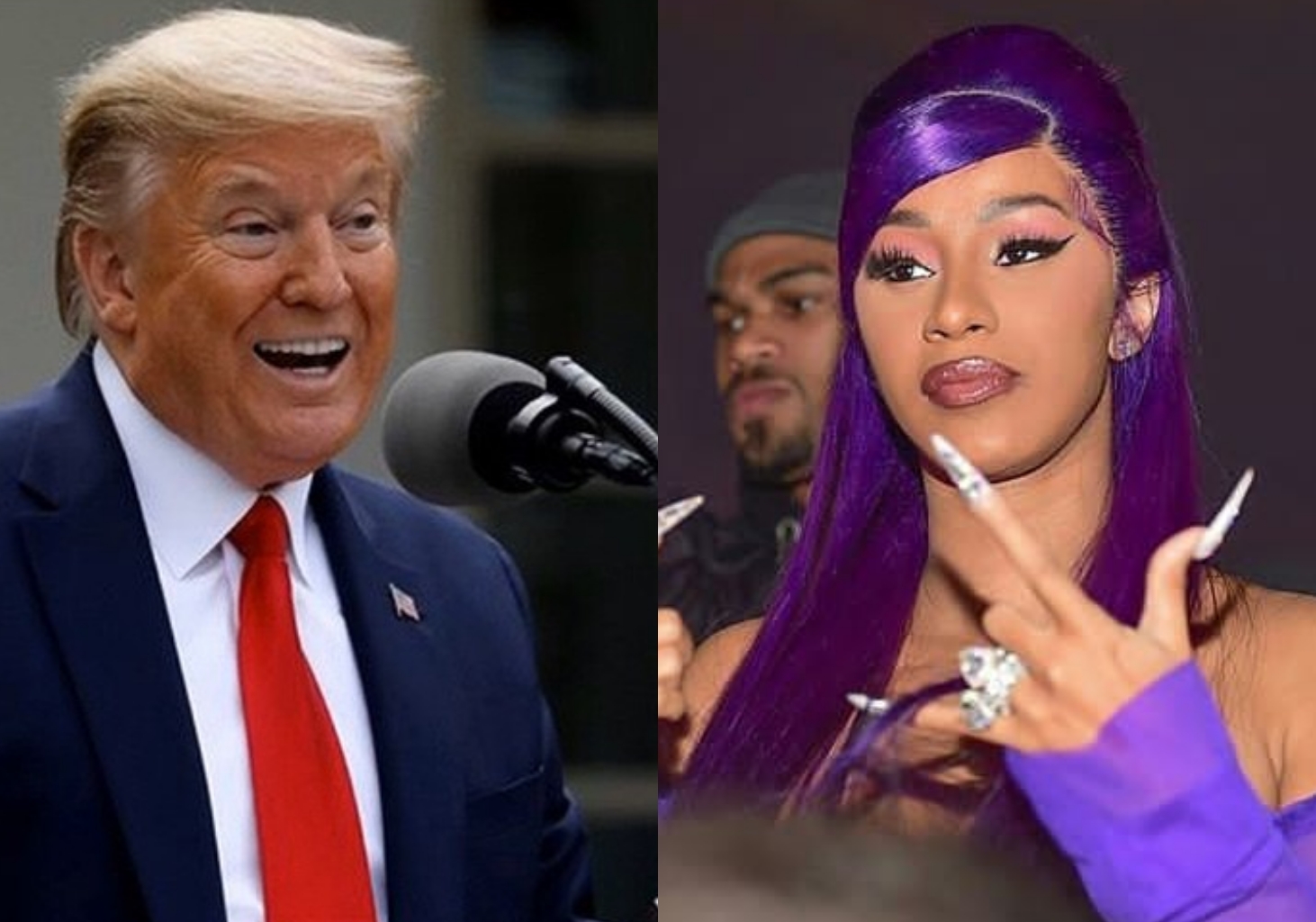 detected in Wuhan, China as death rates continue to increase on a daily basis.

the pandemic virus, Cardi B called out Donald Trump for the role he played before

the virus got out of hands.

According to Cardi B, Donald Trump placed money gained from trading ahead of

citizens health as she noted that the border should have been closed earlier on.

Cardi B added that the President should apologise to the citizens for all difficulties he has made them gone through.

Watch video of Cardi B lamenting below:

Listen I don’t talk like a CNN corespondent and I don’t use all this fancy vocabulary but I do give you THE REAL while entertaining you at the same time to keep your attention on what’s important. I have a platform of 62.7 million followers and yesterday my live had 133K viewers and almost a million people tuned in. I just want to bring awareness to what’s going on in our country and around the world. I want to make sure all my followers are AWARE and make a CHANGE! WE HAVE THE POWER TO MAKE A CHANGE! And a special thank you to Bernie, you’ll always be my favorite candidate!

Cardi B calls out Donald Trump shows how much frustrated she his about the death rate of the country.

Some days ago, United States of America recorded over 2000 deaths in the country

Top stars have however joined in yhe fight against the virus by donating some amount of money to the relief support fund.

Recently, rapper and singer Meek Mill auction his Rolls Royce Phantom to support the fight against the deadly virus.