Former United States President Barack Obama has issued a statement on the death of George Floyd, the black man who died after being pinned down by a white police officer in Minneapolis on Monday. 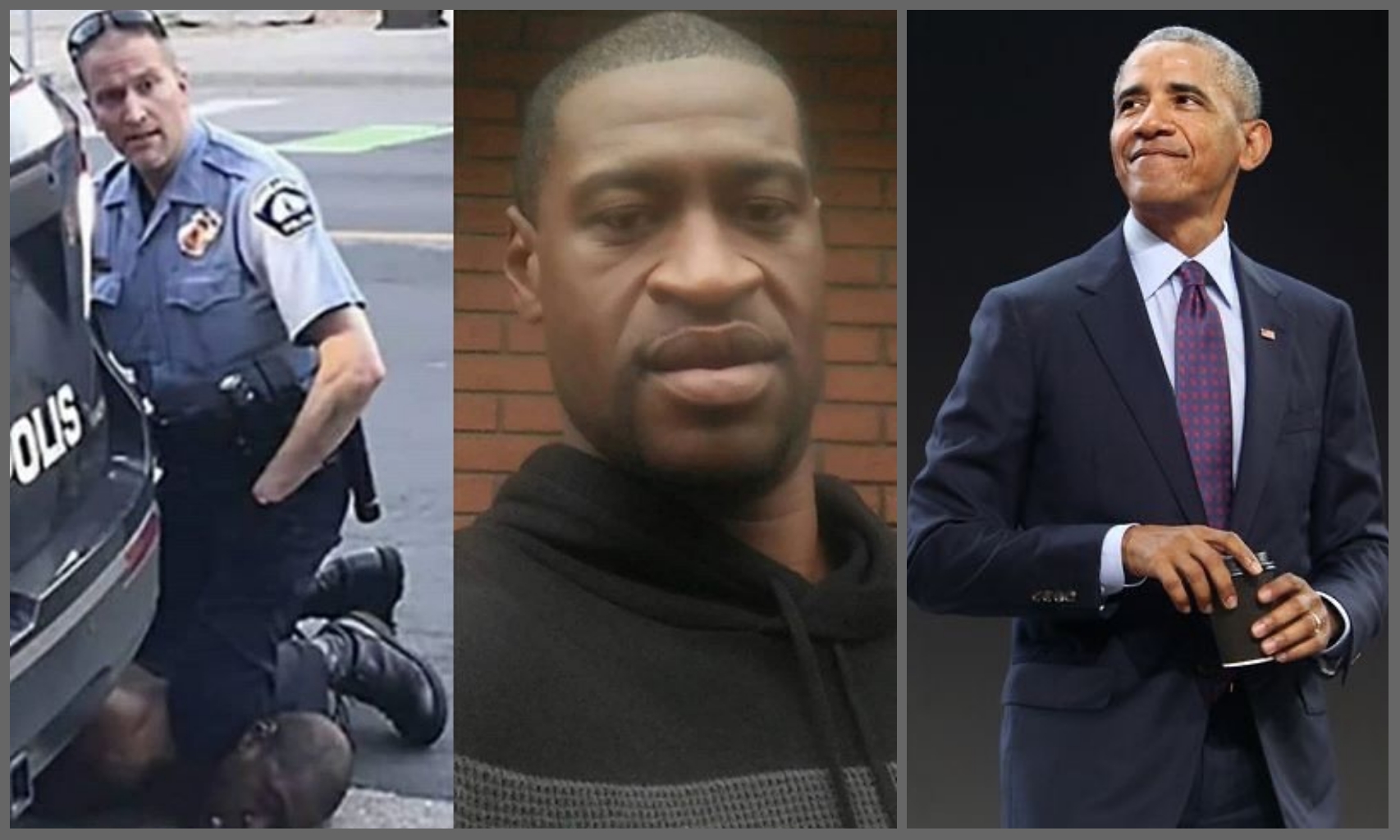 Obama, 58, released a statement via his Twitter page, saying it “cannot be normal”

in 2020 and urged the Minnesota authorities to ‘ensure that the

children to grow up in a nation that lives to its highest ideals, we can and must do better.

circumstances surrounding George Floyd’s death is investigated thoroughly and that

“But it falls on all of us, regardless of our race or station – including the majority of

way, every day – to work together to create a “new normal” in which the legacy of

bigotry and unequal treatment no longer infects our institutions or our hearts.”

“It’s natural to wish for life “to just get back to normal” as a pandemic and economic crisis upend everything around us,” he said.

“But we have to remember that for millions of Americans, being treated differently on

account of race is tragically, painfully and maddeningly “normal” – whether it’s while dealing with the healthcare system, or

interacting with the criminal justice system, or jogging down the street, or just watching birds in a park.” 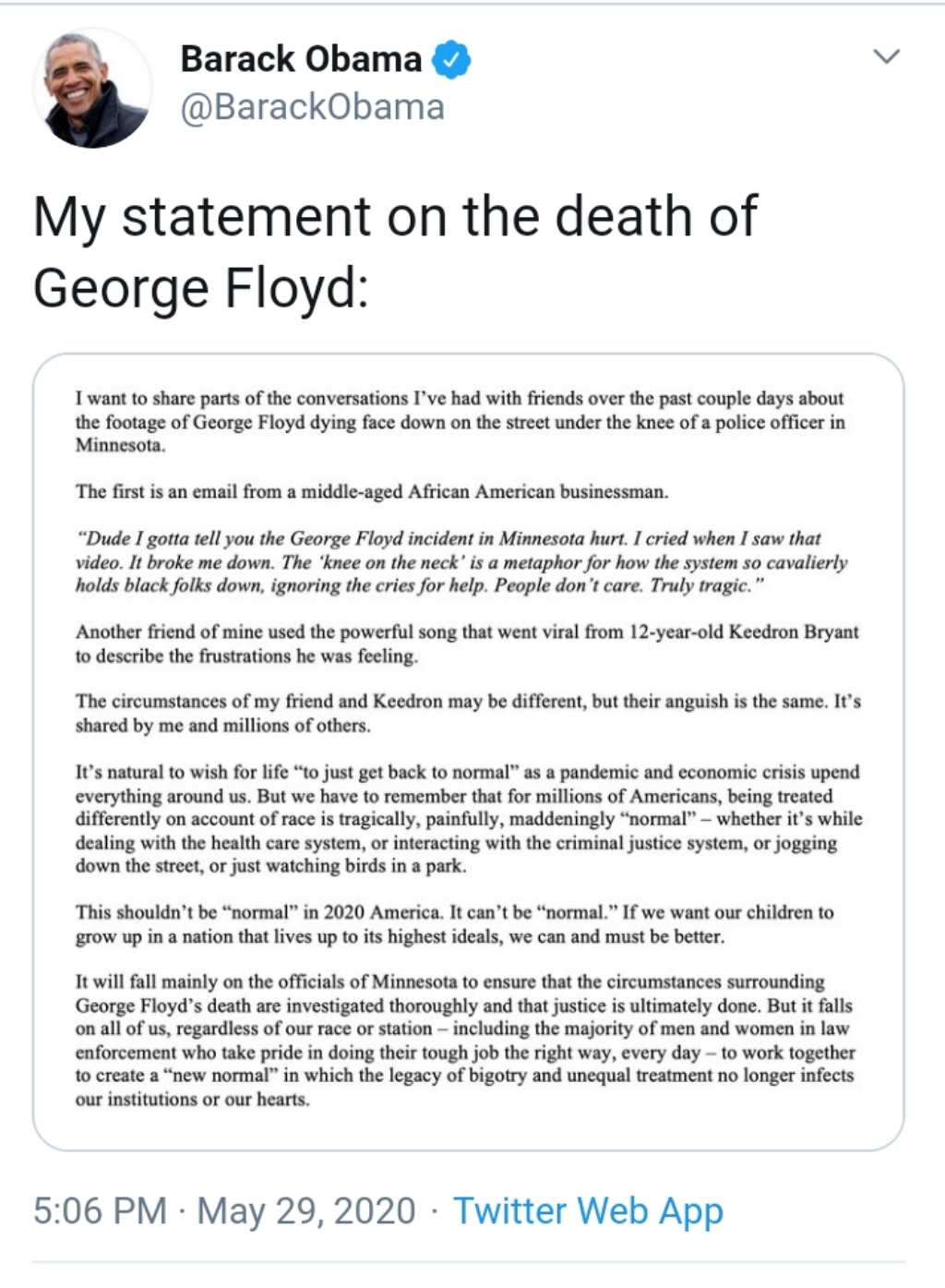