Home Entertainment This type of enjoyment await my sperm – Don Jazzy reacts to... 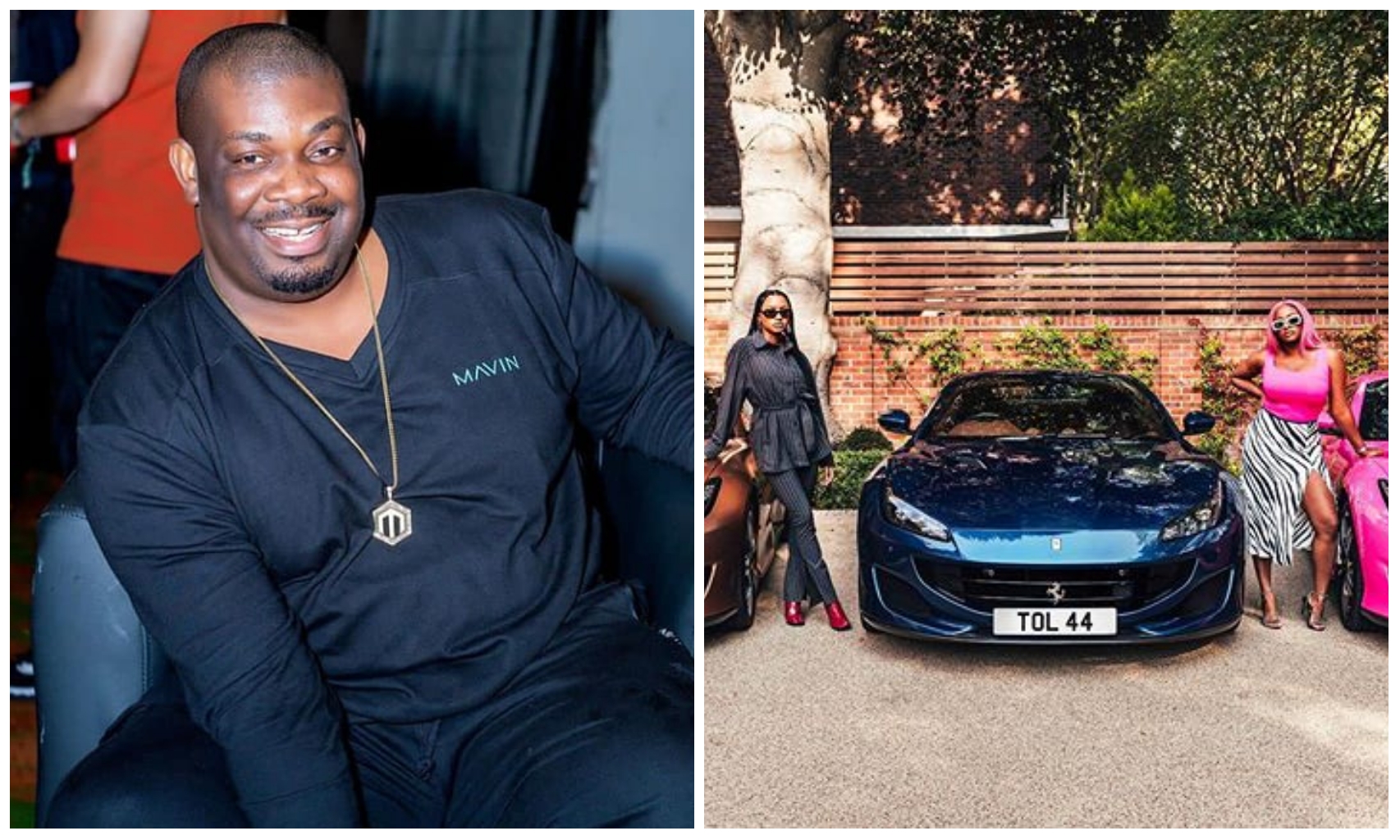 shared pictures of the matching Ferraris their father, Femi Otedola have gotten for them.

to have worth over $200,000 per one and this has sparked reactions from

everyone on social media.

Not able to hide the joy that comes with being gifted with such an expensive gift,

READ
I went through a Rough Patch, but now back stronger than Ever - DJ Cuppy

Don Jazzy took to micro blogging site, Twitter to react to it.

Reacting to this, the Mavins boss noted that this kind of enjoyment await his

unborn children which he termed as ‘Sperm’.

He however noted that this will happen if he only have one left in his penis.

“My dear sperm in my prick, if u still remain. I never born you yet. But walahi this kind enjoyment Dey wait you.” 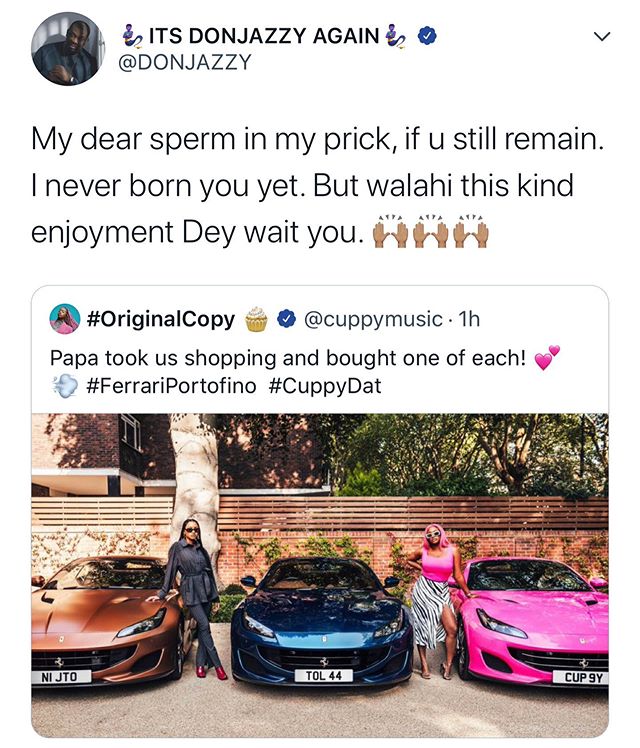 DJ Cuppy is currently trending on social media for the expensive gifts as everyone pray for a loving and caring father like Femi Otedola.

READ
I shared an apartment with Davido when I first arrived in Nigeria - Singer, Tiwa Savage reveals

affecting lives positively by giving out to the less privileged through his various foundations, a step DJ Cuppy have also taken.

#BBNaija: “Tunde Ednut is a failure” – Jaruma rewards a troll for supporting Tacha