Home Entertainment Tonto Dikeh Mocks Busola Dakolo,says the 1 millionaire should be used to...

King Tonto Dikeh was so quick to give a response to the ongoing incident as she gave her own view on evangelist Adewale people post.

The veteran actress Congratulated pastor Biodun for the success of the case saying “you can’t mock God I celebrate with PB”.

But Tonto who also wrote in the comment said she feels the money should be donated to the “International Development program”. As a means of appreciation.

Recall we broke the news earlier that the High Court sitting in Abuja today ruled the rape case saga in favor of COZA Founder Pastor Biodun Fatoyinbo while also ordering the Dakolo’s to pay the sum of One Million naira for defamation of character and name.

READ
Now Falz reacts to the arrest of Omoyele Sowore 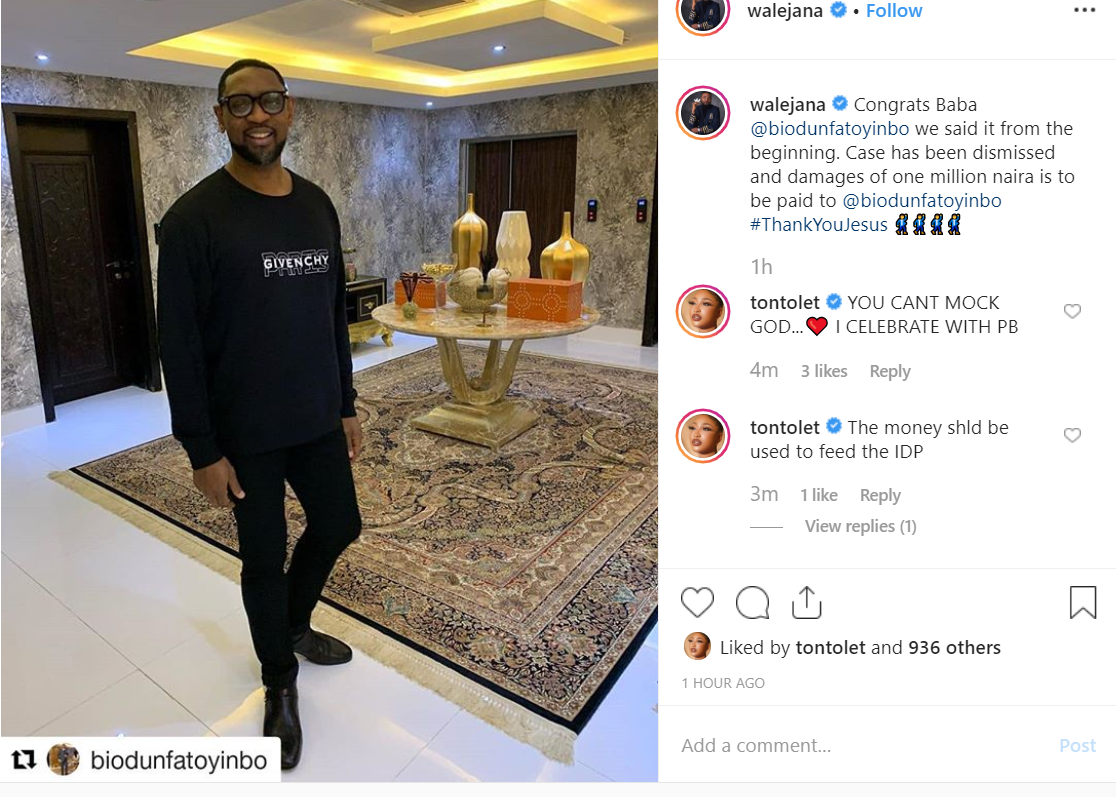 James Antwi - October 14, 2019 0
Gbenro Ajibade shares the cutest photo of himself via his Instagram page. The actor who travelled to the US for a while now as a...

“We are having a boy” – BBNaija Mike and wife reveal gender of their...

Adedokun Moses - May 16, 2020 0
Former big brother naija star, Mike Edward and his adorable wife, Perry Edward has announced the gender of their expectant child. It would be recalled...

Adedokun Moses - June 25, 2020 0
Nigerian singer and disk jockey, DJ Cuppy seems to have finally moved on from her break-up with Arsenal Football Club as she claimed it...

Violette Johnson - August 17, 2019 0
More than anything, there's always going to be a divided rule and perspective to many things in life. Most of the time people tend...

Violette Johnson - November 22, 2019 0
Oghenekaro Peter Etebo share a picture with is wife as they welcome a baby girl. Etebo who plays as a midfielder for Championship club Stoke...