It’s currently Bobrisky’s day and her best friend, Tonto Dikeh is not taking it for granted as she celebrates him in a way he would be proud of. 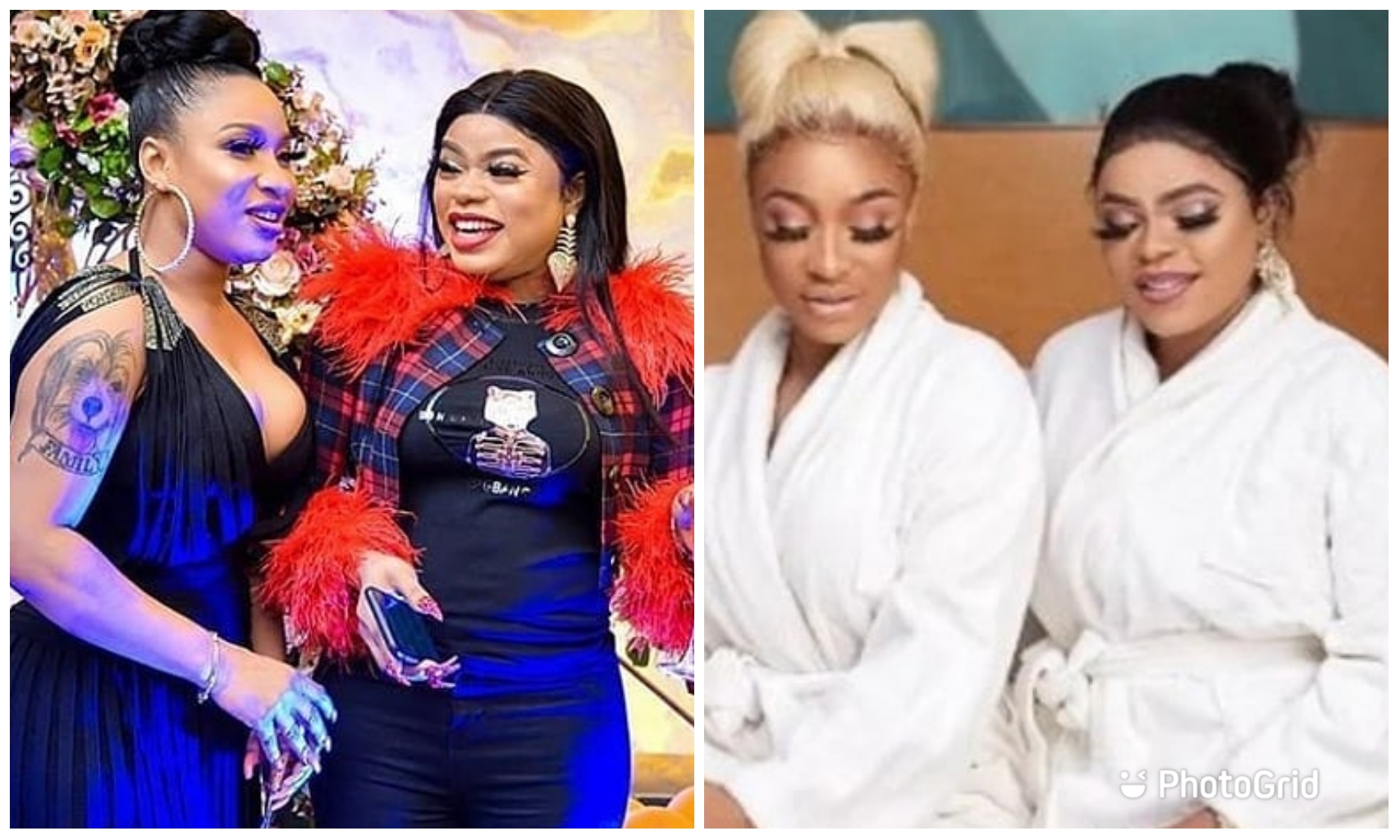 celebrities and just as fans thought something would break and divide them,

their friendship continue to grow stronger on a daily basis.

trolls and haters, they have been consistent in having each other’s back.

Bobrisky clock 29 today, August 31 and the controversial male barbie have been

media, a trend Tonto Dikeh have now joined him in.

sure he knows how much she feels about their friendship.

Bobrisky himself would be proud of.

To know you is to truly Love you.. Happy birthday To Us.. Congratulations on your new toys and your New Smart home… I’m glad you are growing into the man God destined for you to be… May Gods Love Guide you, Thank God for your growth.. May his Love encompass you… Have a blast Gee @bobrisky222

Bobrisky have been tensioning social media with some sexy pictures for the past few days as he also gifted himself a brand new car to celebrate the new age.

#BBNaija: Dorathy hospitalized as sister urge fans to pray for the reality star