By general consensus right now especially on twitter, forget the hype, Wizkid new song tagged ‘Joro’ is not making the expected huge impact as many observers believe the song is just another ‘wack’ music after ‘Ghetto Love’, but social media influencer Isima Odeh seems to disagree.

Obviously this wasn’t the feedback Wizkid was expecting particular one twitter where he has enjoyed plenty love in terms past, but his latest song ‘Joro’ just can’t create that much enthusiasm even among his fans, but social media strategist Isima Odeh thinks the perceived ‘hate’ is because Wizzy is not doing giveaways as other celebrities do. It might sound somewhat ridiculous to suggest that is the reason for fans not interested in Wizkid’s songs anymore, but that’s an opinion anyways.

Wizkid's Ghetto Love and Joro don't have 'lyrical content' according to Twitter Music Experts, but they love Soapy, which is huge because people listen to music for different reasons.

They just wanna hate on Wizkid. This kind of hypocrisy is exclusively found on Twitter. 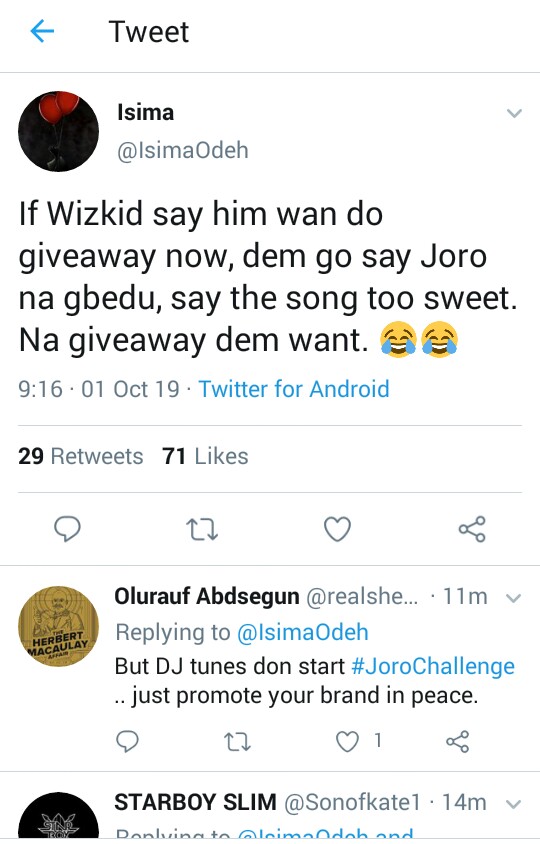