UFC Middleweight Champion, Isreal Adesanya have arrived in Nigeria to join citizens in their fight against the injustice done be members of the Special Anti-Robbery Squad known as SARS. 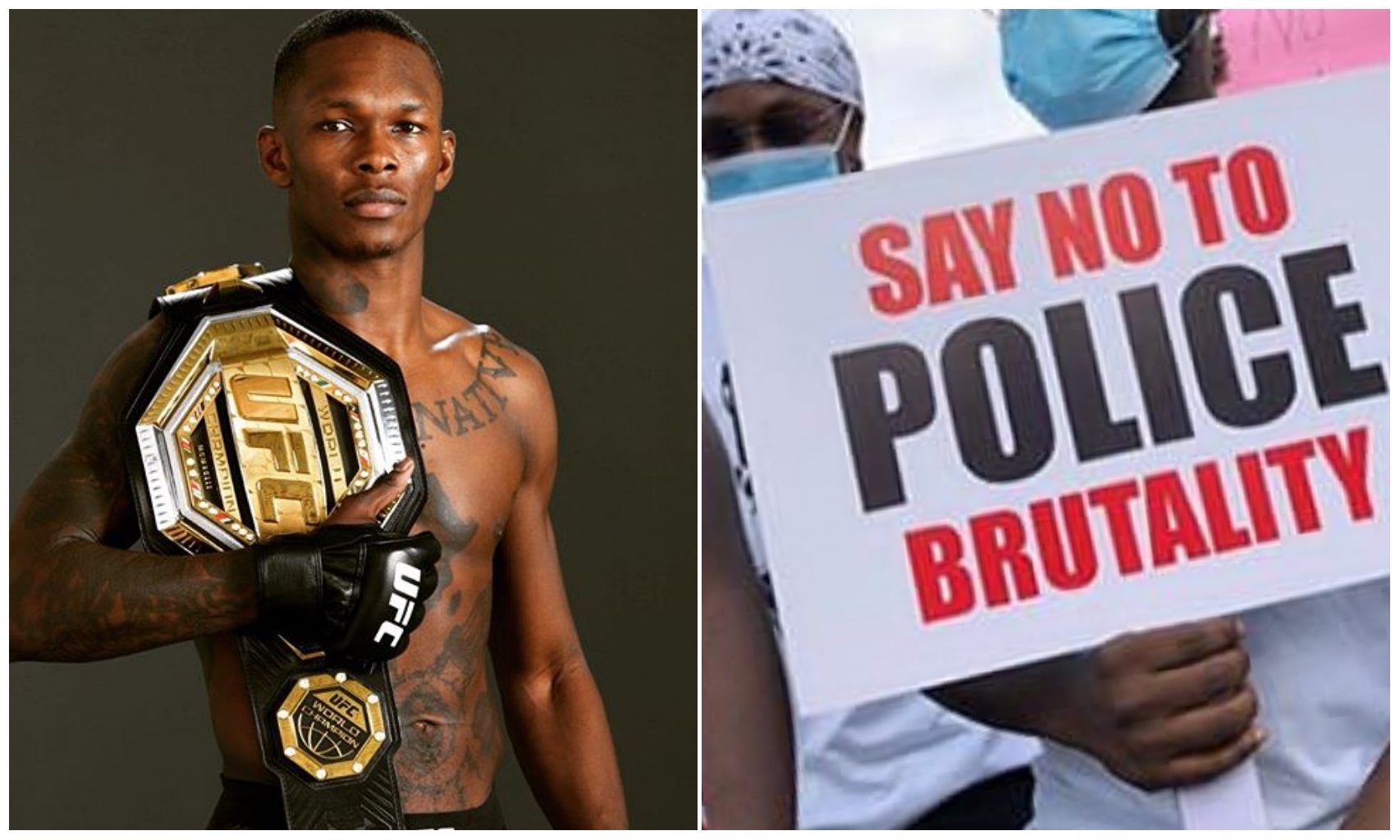 have received global attention with #EndSars trending in different cities

across the world including, United States, England and Colombia.

the Federal Government to put an end to such controversial department.

official Twitter page to announce his return to Nigeria just to join the peaceful protest.

The former Glory middleweight contender winner and King in the

Ring two-time cruiserweight and heavyweight champion noted via the post

on his page urged Nigerians to join him as he noted that the time for change is now.

high whenever he’s on the ring proving why he’s being regarded as the best.

His last fight against Paulo Costa ended in an astonishing win as a second round TKO was enough for Adesanya to see off his opponent. 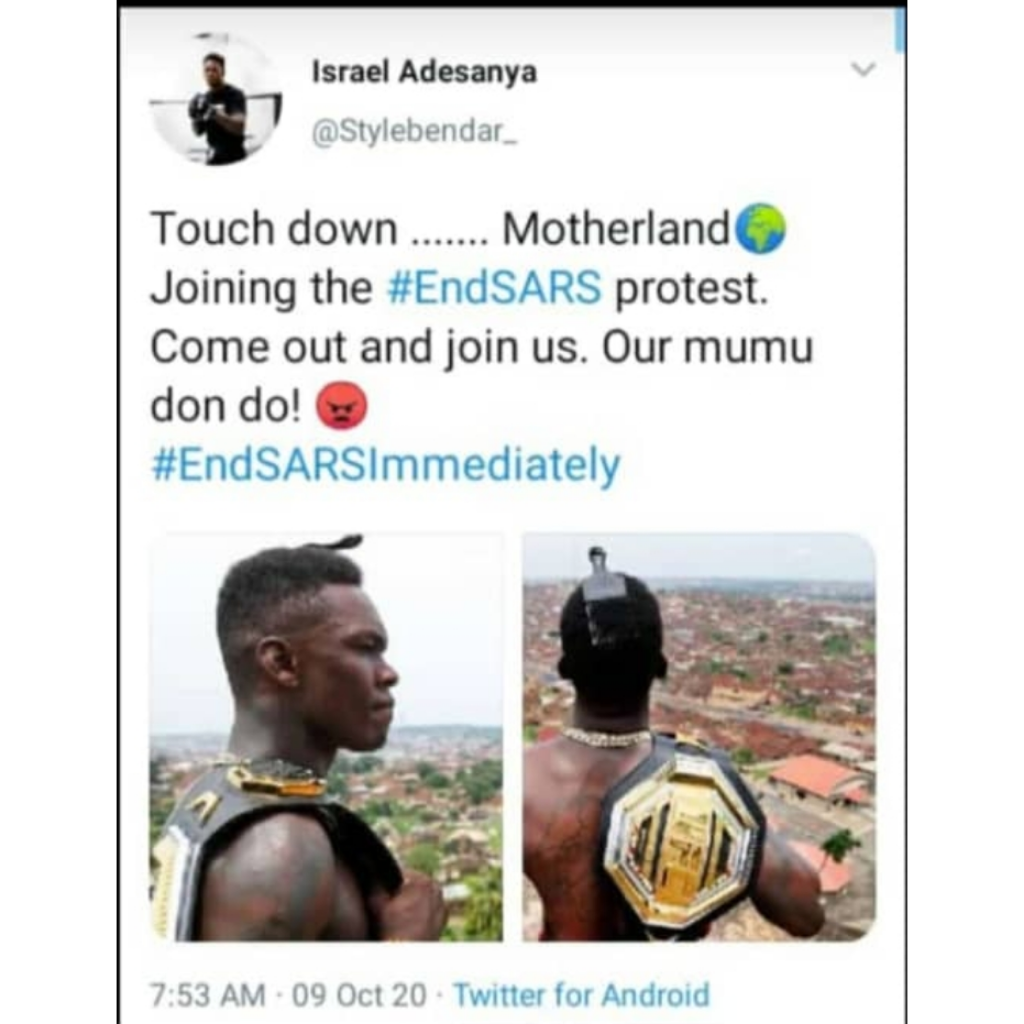