The public relations officer(PRO) for Zylofon media, Samuel Atuobi Baah best known as Sammy Flex has granted an interview with Peace fm’s entertainment review show to clear out some happenings and updates on the way forward for Menzgold, Zylofon Media and the boss, Nana Appiah Mensah popularly known as NAM1. 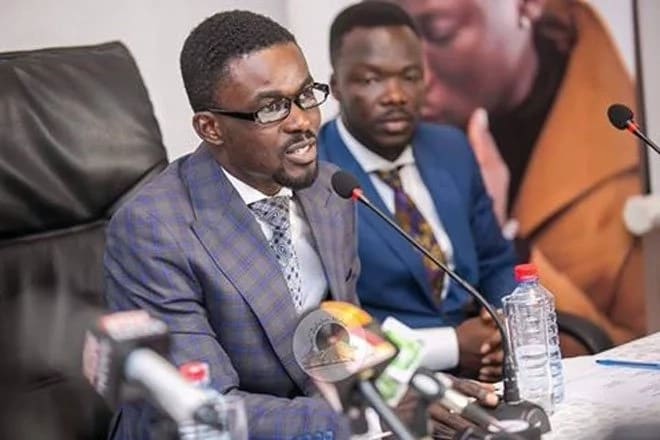 As usually monitored by your favorite portal for latest and credible updates thesleak.com, Sammy Flex confirmed the release of their boss Nana Appiah Mensah on bail and said in no time NAM 1 will be meeting the management of Menzgold as well as customers to let them know their next line of action.

Sammy flex who has been one loyal staff of the company, speaking in the interview admitted that during the absence of NAM1, things were really tough because Zylofon media was a new company, hence needed support in terms of finances to carry out their operations buh said in all that tribulations, they wither the storm to make things happen for the radio, television and online department.

I haven’t boarded a bike in 10 years – Reality star, Nengi reveals while boarding a bike (video)