Home Entertainment US President Donald Trump finally IMPEACHED! So what next?

No longer news that the United States President Donald Trump has been impeached by the House Congress yesterday in a majority of votes cast in favor of impeachment against the sitting president of the USA. 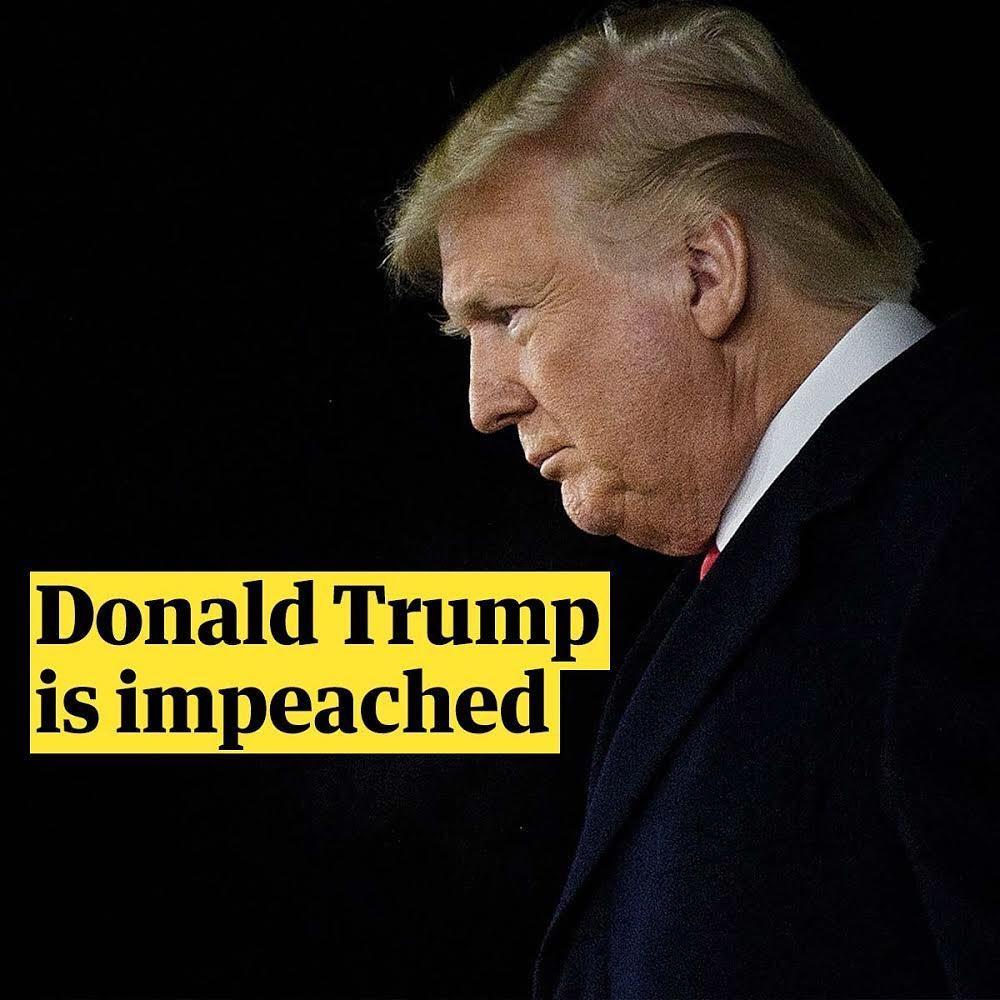 Though Donald Trump has been impeached, he still remains president but with that stained adjective of “impeached president”. Now to remove him from office will require the Senate to vote on the concerned. Note that Donald Trump was impeached based on 2 articles – Obstruction of Congress & Abuse of Power.

#Impeached
Today marks a momentous day in history, yet there is more to come.
While this is a title placed on the president by the House, our Senate must be the ones to remove him from office.
If he's gone that means we're getting Mike Pence.
This is gonna b a ride. pic.twitter.com/0qL6QXHZvo