Legendary Jamaican Athlete, Usain Bolt have finally given fans a glimpse of her adorable beautiful daughter, ‘Olympia Lightning Bolt’ whom he welcomed some months ago. 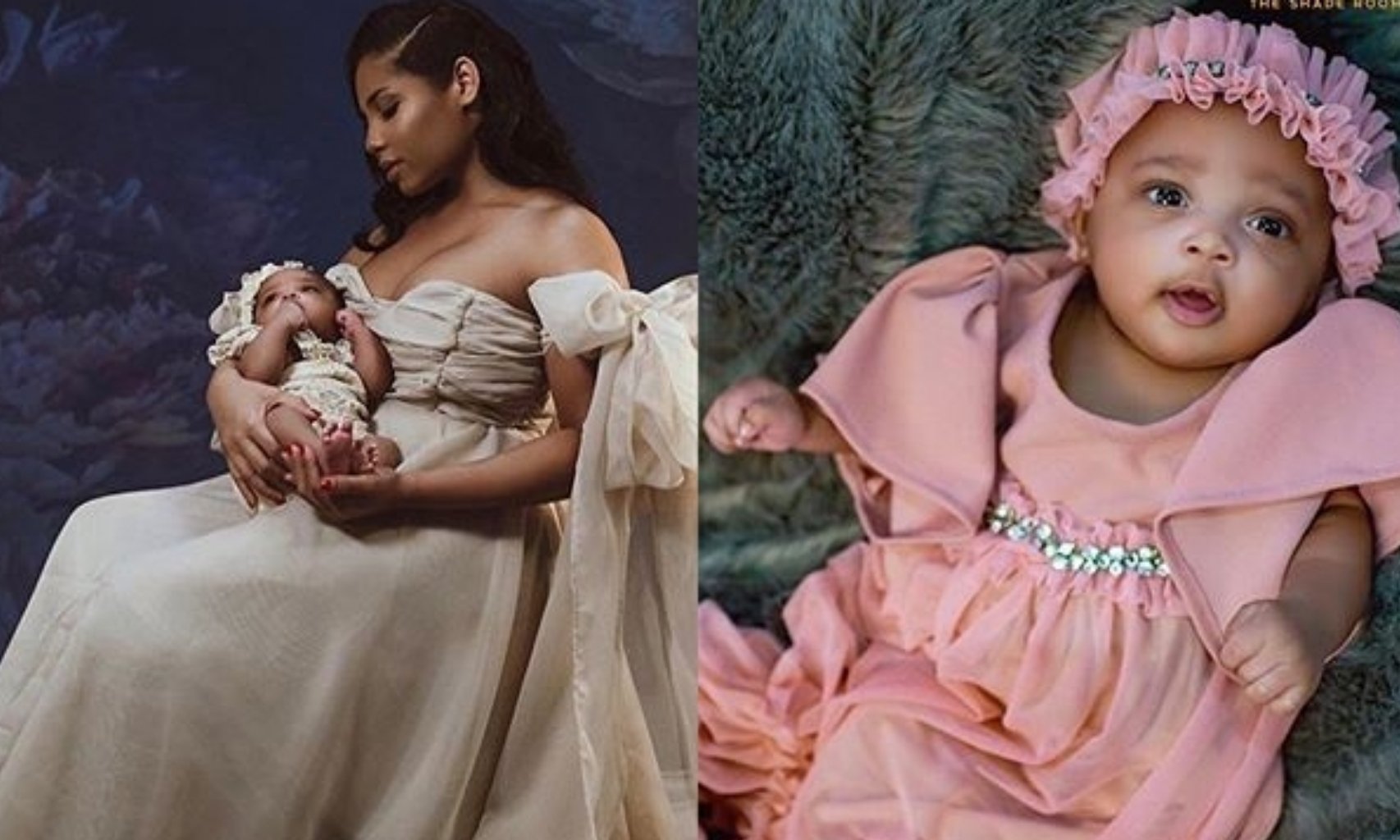 News of the Olympic Gold Medallist welcoming a child was first

celebrities across the world also joined in the celebration.

wife and daughter which showed how much he will cherish them for eternity.

Bolt wife, Kasi Bennett could be seen in the picture cuddling the new born

baby, a move that showed how glad she his to have welcome sure a

See the beautiful pictures of Usain Bolt wife and daughter below:

Bolt, 33, has said in the past that he isn’t sure whether he would push any

future child of his towards athletics, feeling that their father’s legacy could

be too tough a cross to bear.

He retired after the 2017 World Championships in London after

#UsainBolt’s daughter is so cute. Swipe to see her beautiful photos + some with her mama #Kasi. #BellaNaija #SweetSpot #BNSweetSpot BellaNaija.com