Barcelona ‘s coach, Ernesto Valverde appears to be well poised for the new season as he begins the season on am ambitious note. 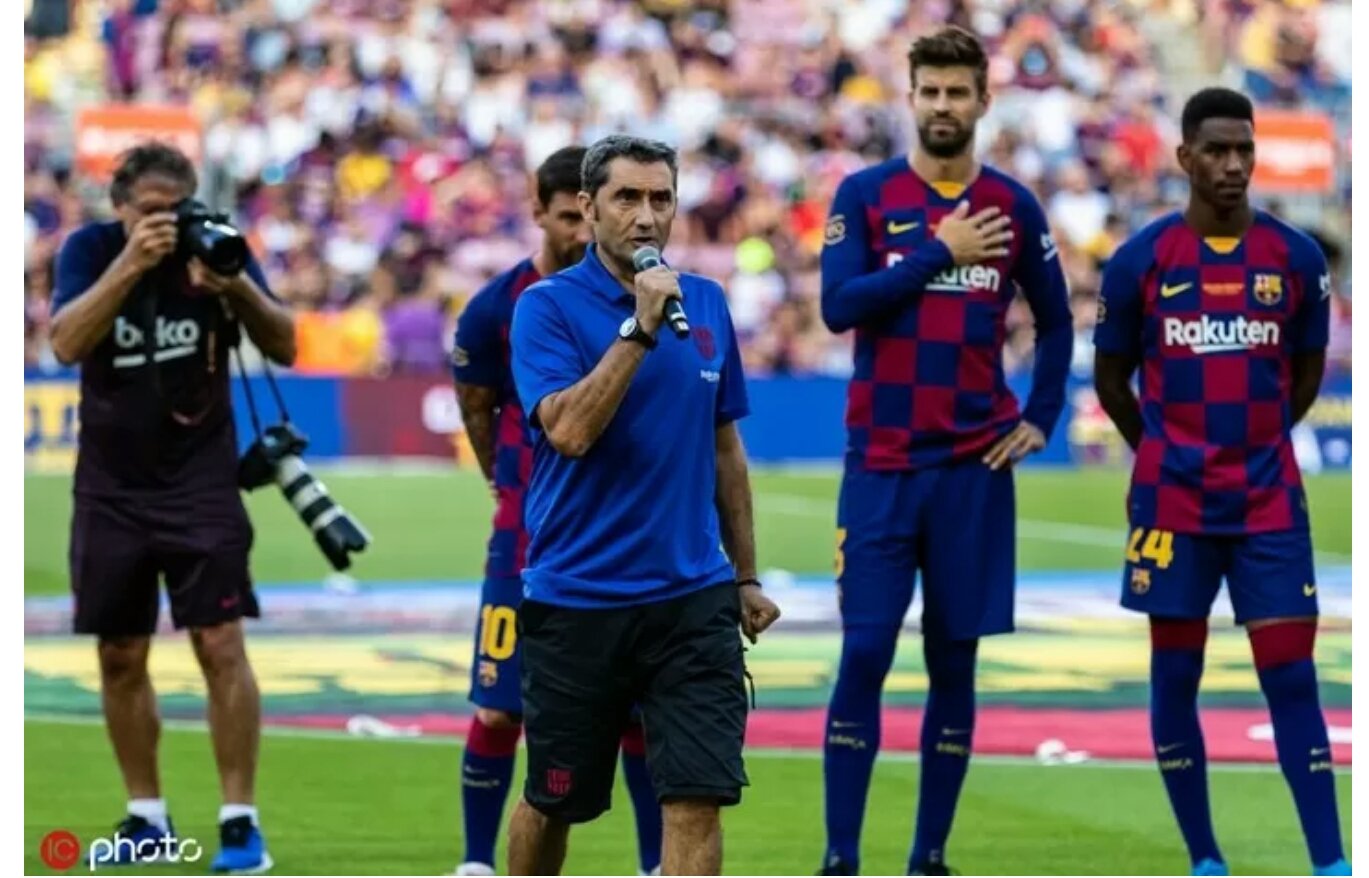 The manager, made a presentation to
Barcelona fans at Camp Nou
just before the game against Arsenal yesterday.

In the short but ambitious speech, Valverde explained that he wanted to win every game and clinch all titles in addition.

He added that “We made a season in which we won and lost. We always want to win, to give you all the victories. Last season we did not know how or could not do it. But we start another year and now we are going to win all the competitions when May comes. We will try to win the quadruple, we will do it with you fans and with these players. Visca Barça and visca Catalunya! ”.

Meanwhile, Barcelona grapped a winner against English side, Arsenal  to secure the Joan Gamper Trophy yesterday.