Actress Padita Agu has shared the sad story of how her three-year old marriage packed up. 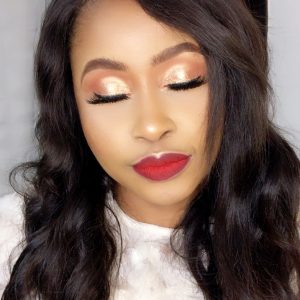 Padita narrated how she got married to her ex-husband the very first day they met after maintaining a long distance relationship over the phone.

Agu said i met her ex-husband at a friend’s house. She had gone to the friend’s house to console her and this friend later called to tell her that the man who was in her house when she came visiting, was interested in her and wanted her number.

After much communication via phone, they started to talk about marriage. It was in one of their many conversations that he sold her an idea that she says she regrets till date.

“This guy and I have been talking over the phone and we got to the point of agreeing to be married. So he decided to sell me this wonderful idea, that how about we go on some adventure, lets get married the very first day we get to see because all this while we have been taling, I don’t remember his face. I haven’t seen him. He just saw me once when I came to my friend’s place and he wanted us to marry.

Agu shared her experience on her YouTube channel how everything fail and how this discovered her from the movie industry.