Home Entertainment Why your father did more than Otedola despite not buying you a...

Popular public speaker and writer, Reno Omokri have finally reacted to the gifts billionaire Femi Otedola gave his three daughters and why fans should not be bothered about it. 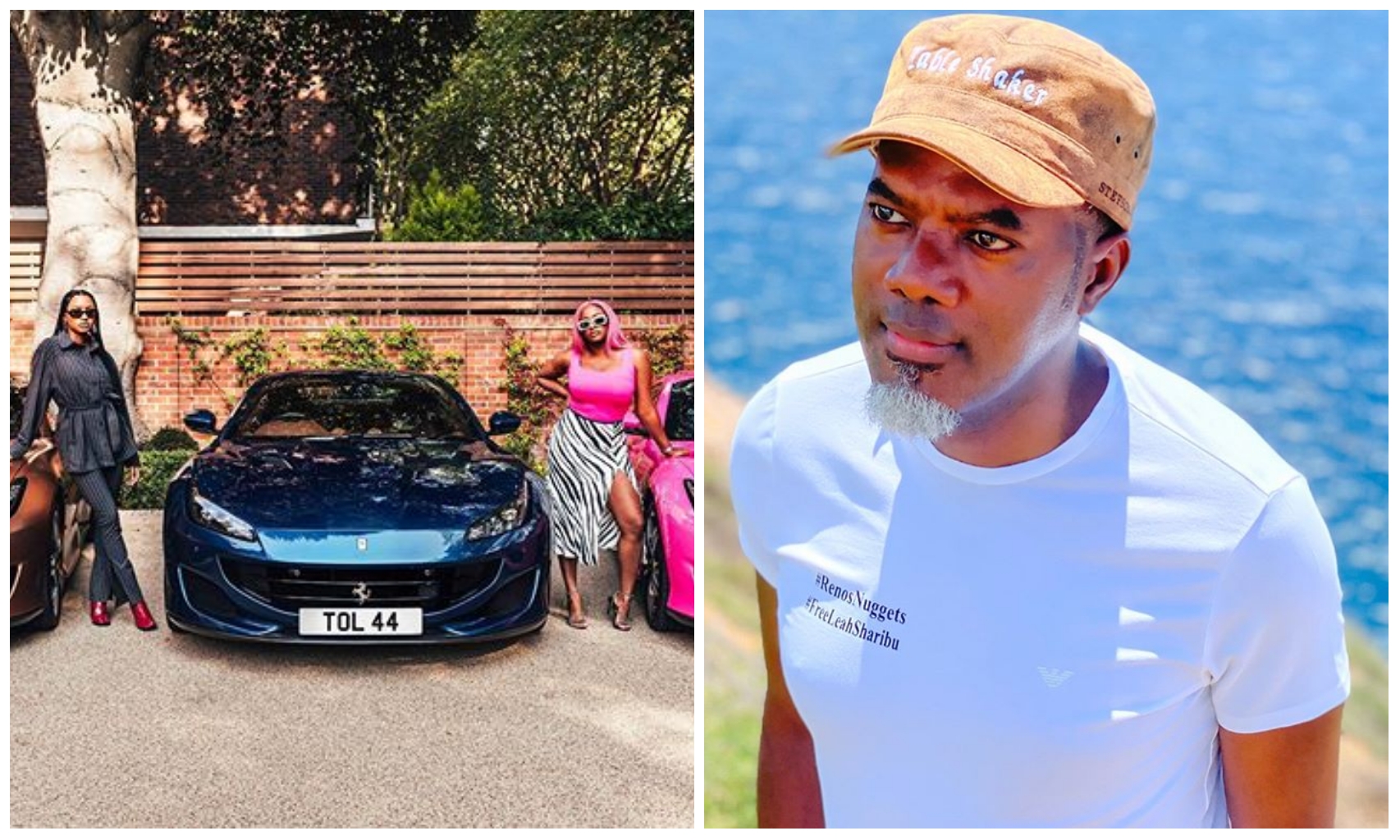 Social media world was left in a frenzy state yesterday, September 16 when

billionaire entrepreneur, Femi Otedola blessed his three daughters with an

blessed with such an adorable and caring father.

Though some social media users have gotten over the drama, Reno Omokri have

given fans reasons why they should thank their father despite not buying them a Ferrari.

READ
Busty OAP 'Honeypot' sure has the sweetness

According to Reno Omokri, Femi Otedola’s gift to her daughters should did not make a

one percent of his wealth.

educating his children then he has done more than Otedola

who bought an expensive car. 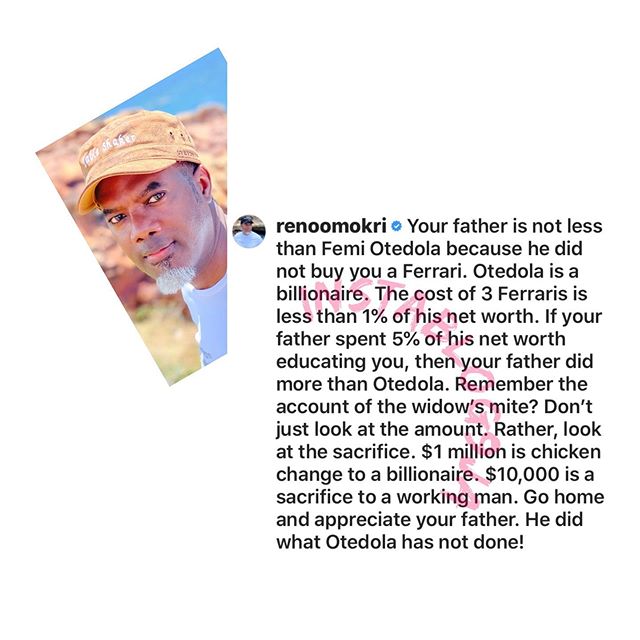