The Ghana Police Service have in their grips two Ghanaian teenagers who attempted stowaway to Belgium. 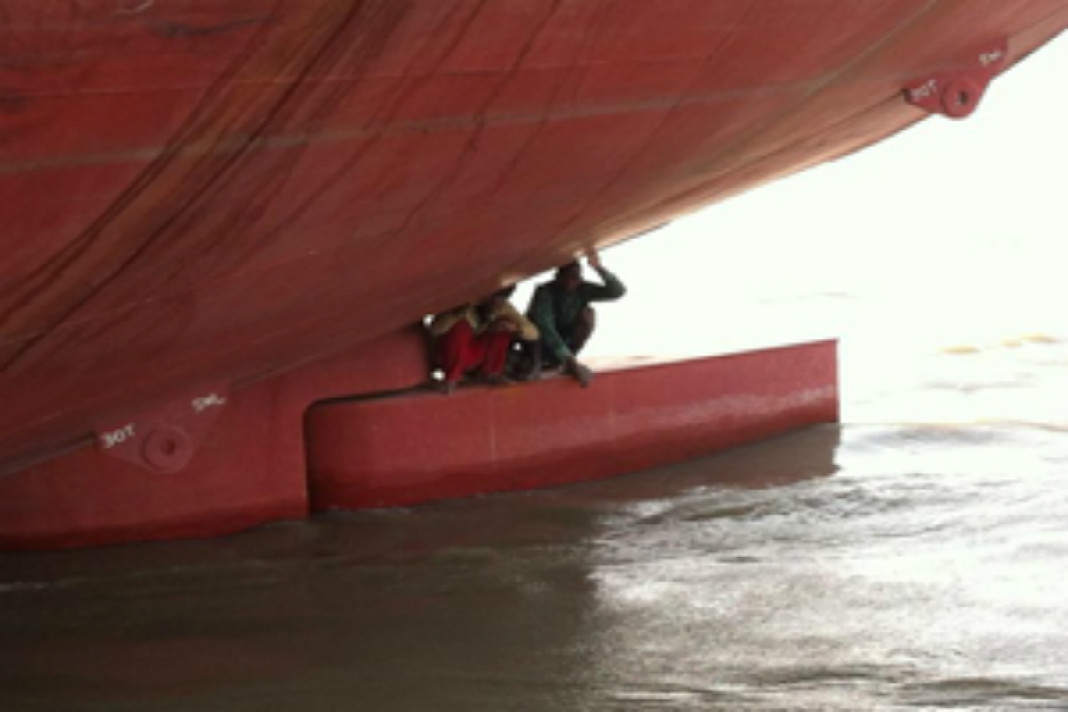 Reports say the pair, aged 15 and 16 were found hiding in one of the compartments of the MSC Dymphia vessel when routine checks were carried out by the crew on board.

The teenagers were subsequently
handed over to another vessel, MSC Katyanyni, at the port of Antwerp in Belgium which was bound for the Tema Port in Ghana.

Accroding to the Tema Regional Commander of the Ghana Immigration Service (GIS), Assistant Commissioner of Immigration (ACI) Belinda Adwoa Sika Anim, the two teenagers commenced their journey from San-Pedro in Ivory Coast and their destination was Antwerp, a town in Belgium.

“They were caught midway during the journey and handed to MSC Katyanyni, at the port of Antwerp in Belgium which was bound for the Tema Port.…they were not carrying any travelling documents,” she said.

She disclosed that, after interrogating the teenagers, it was discovered that the two hailed from Takoradi and Cape Coast and that they had dropped out of school and were helping their parents and others with farming and fishing for a fee.

The Police Commander further added that “For now, they are in police custody after which they will be handed over to their families,” .

Furthermore, the two did not have any form of travel documents in possession upon their arrest.

READ
Whatever you people Do, dont disrespect Olamide - Adekunle Gold

She further stressed that young people who have plans of using unapproved means to travel outside in search of jobs should abandon such ideas.

“The youth should desist from clandestine means thinking they are smart in outwitting frontline agencies, they cannot be successful all the time,”

She furthed emphasized on the dangers associated with a stowaway and cautioned Ghanaians, especially the youth, to refrain from such dangerous  activities.

ACI Anim revealed that the Command had so far recorded nine stowaway cases in the first half of the year with all involving males.

“There is no Ghanaian record label that I admire”- Feli Nuna