Reality star and actress, Bisola have taken to social media to pen an heartfelt message to her adorable daughter as she clock 11. 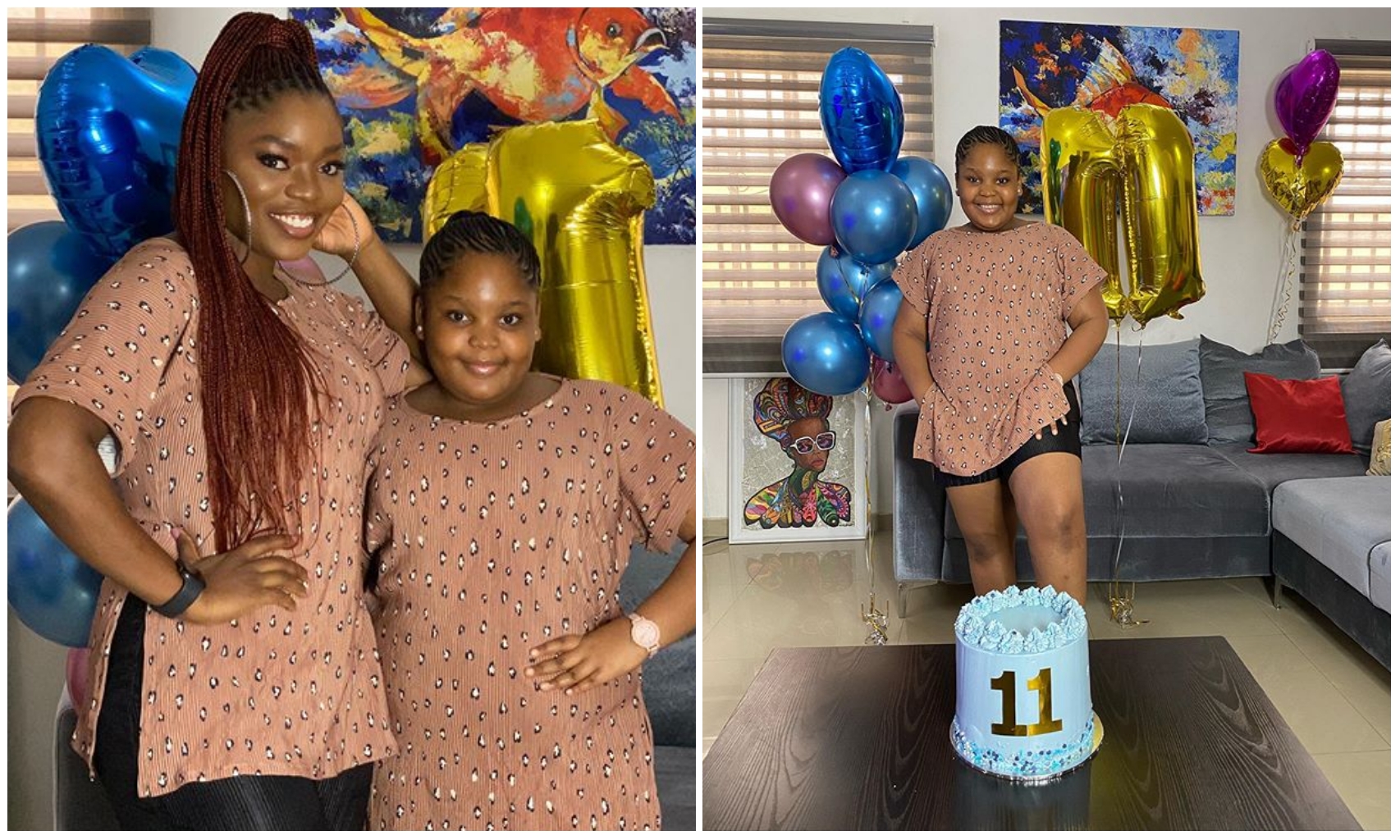 reality show gave her adorable daughter the best birthday ever.

an heartfelt message to her.

and proud she his to be her mother.

child cakes and lots of gifts that would let her know she’s not taking her for granted.

See more pictures of Bisola and her daughter below:

It’s our Birthday Today 💃🏾💃🏾💃🏾💃🏾. My princess is 11 and 11 years of motherhood for me. I thank God so much for the life of my Angel. I just had to Twin with the celebrant today heheheh Leylas drip is @hamstercokids and mine is from @myt5s on a scale of 1000 pls rate our Birthday swag .

herself notable awards despite the high number of talented actress in the industry.

She will be eager to continue her good form when everything finally comes back to normal, a move her fans and lovers will appreciate.