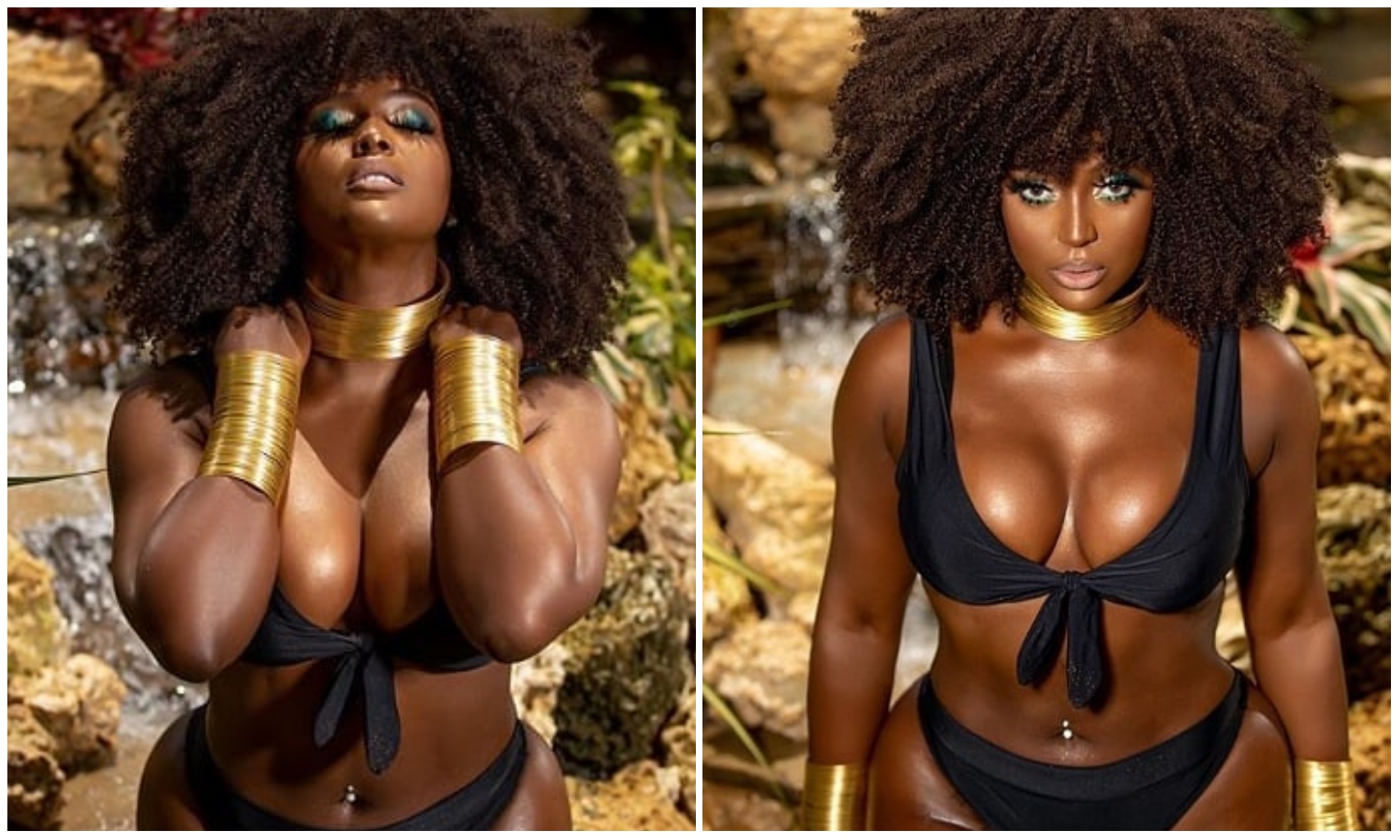 The sexy singer who has not been shy from exposing her hot body on social  media gave fans a new view of adorable black body.

Dressed in a black bikini, Amara La Negra made sure all eyes were stuck to her page as she could be seen strucking different seductive pose.

Amara La Negra who is an Afro-Latina of Dominican descent, and widely known for

her role on the VH1 reality TV show Love & Hip Hop: Miami have been speaking out

against the unjust killing of blacks across the globe.