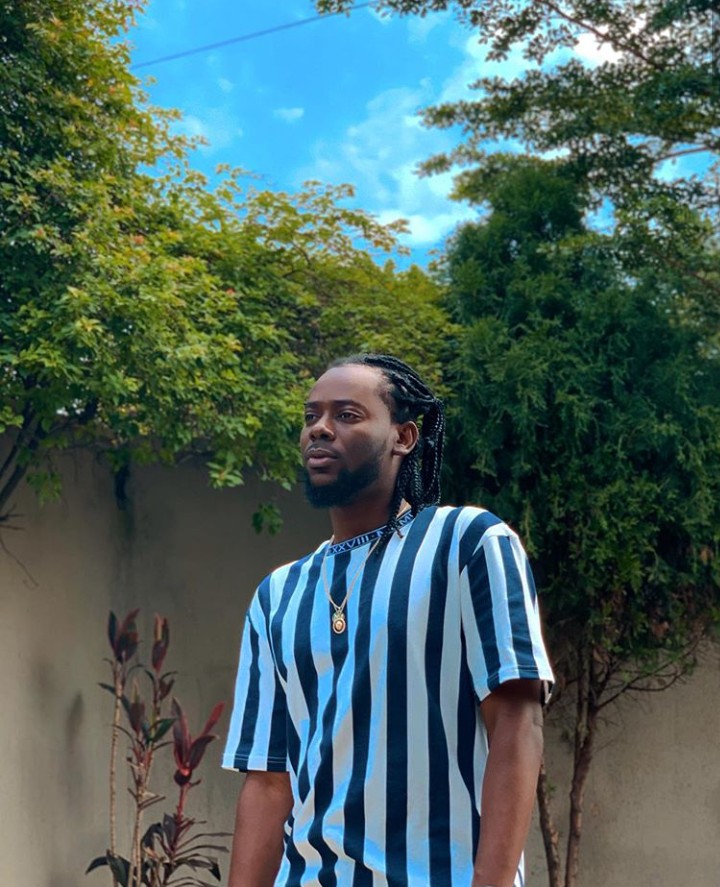 Love in the the air as the popular graphics designer took his Instagram page to upload a picture of himself and wife Simisola while they enjoy their cool playlist title what up.
Adekunle Gold whose wife Simisola revealed that she’s not willing to respond to the media on questions relating to her marriage with Adekunle Gold and other family issues.
She made this known in an interview where she spoke about her movie debut in a Kunle Afolayan movie titled ”Mokaliki
he wrote:

Into my Post Malone’s playlist.
What you up to?

Adekunle Kosoko professionally known  as Adekunle Gold, is a Nigerian high life singer, songwriter and graphic designer. He gained widespread attention after releasing the 2015 hit single “Sade”, a high life cover of One Direction’s “Story of My Life”.

READ
Adekunle Gold complains of gaining weight after getting married