This makes it the sixth of his career and the third consecutively. Nobody has won more than him. The 36 goals (in 34 games) he scored last season in the league have served to ensure a new European Golden Shoe, and a continuation of his records. 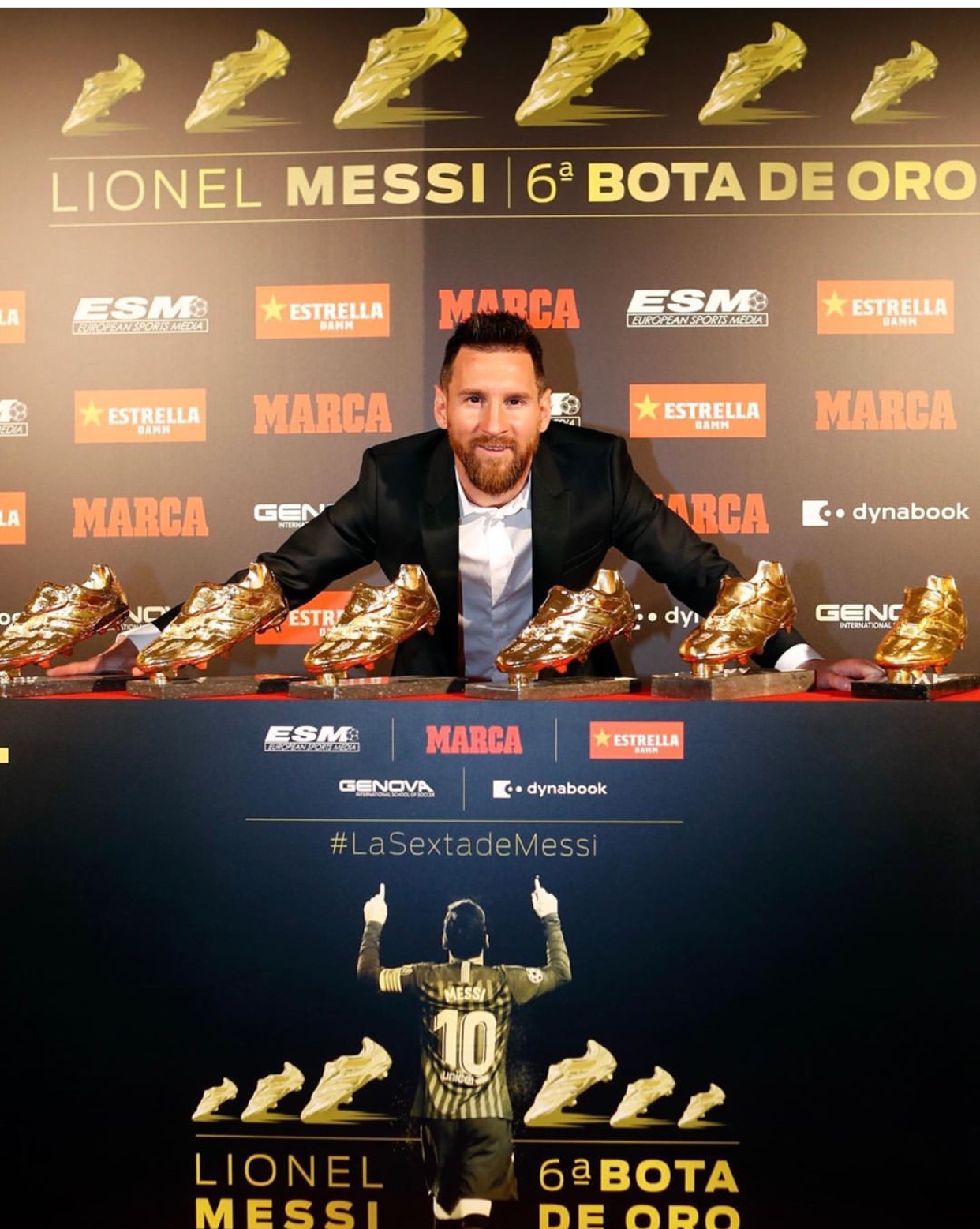 Barça’s captain was accompanied by his family and, in addition, his children were entrusted with delivering the trophy.

The ceremony was attended by team-mates and friends including Luis Suárez and Jordi Alba, while the Barça board members present were President Josep Maria Bartomeu, executives Javier Bordas, Xavier Vilajoana and Silvio Elías and CEO Òscar Grau, among others.

The event featured videos with the goals that allowed Messi to win his sixth Golden Shoe.

Leo took the opportunity to speak after receiving the prize, emphasising: “Without my team-mates I wouldn’t have scored many goals, this is for everyone, it’s a recognition for the whole team.”

He also commented on the aspirations of the team for this season: “The Champions League is special and every year we want to win it, but the league is the most important. The cup too, Barça always compete for everything.”

The Argentinian was already the only player in history to get five Golden Shoes.