Top celebrities in the entertainment industry have reacted to the great news of Adekunle Gold and Simi expecting a child.

As earlier reported that Simi and her adorable husband, Adekunle Gold are

industry who flood her timeline with congratulatory messages.

READ
Singer Simi warns against the danger of "Comfort Zone"

Top stars like Adesua Etomi, Bisola, Ice Prince, Toyin Abraham and a host of others

congratulated the award winning singer as they prayed for a safe delivery when the time finally come.

See their reaction below: 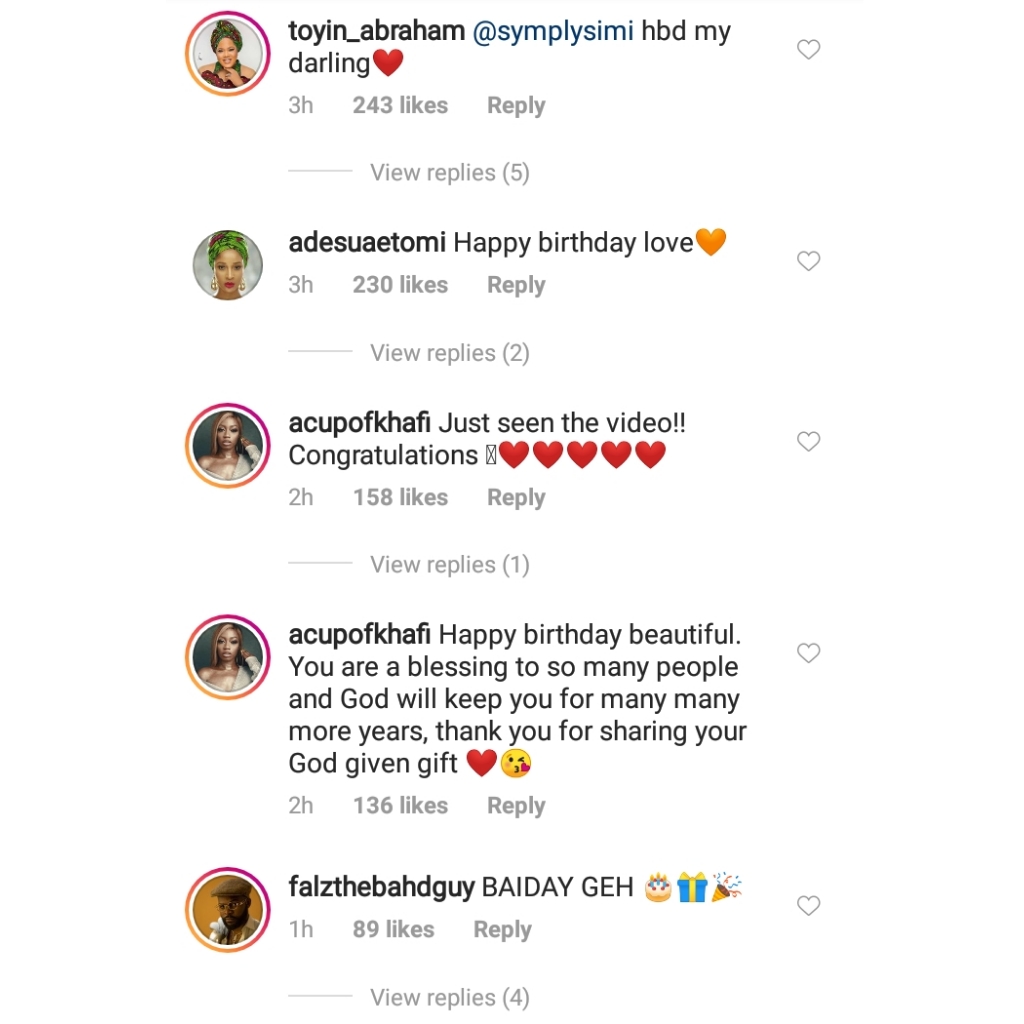 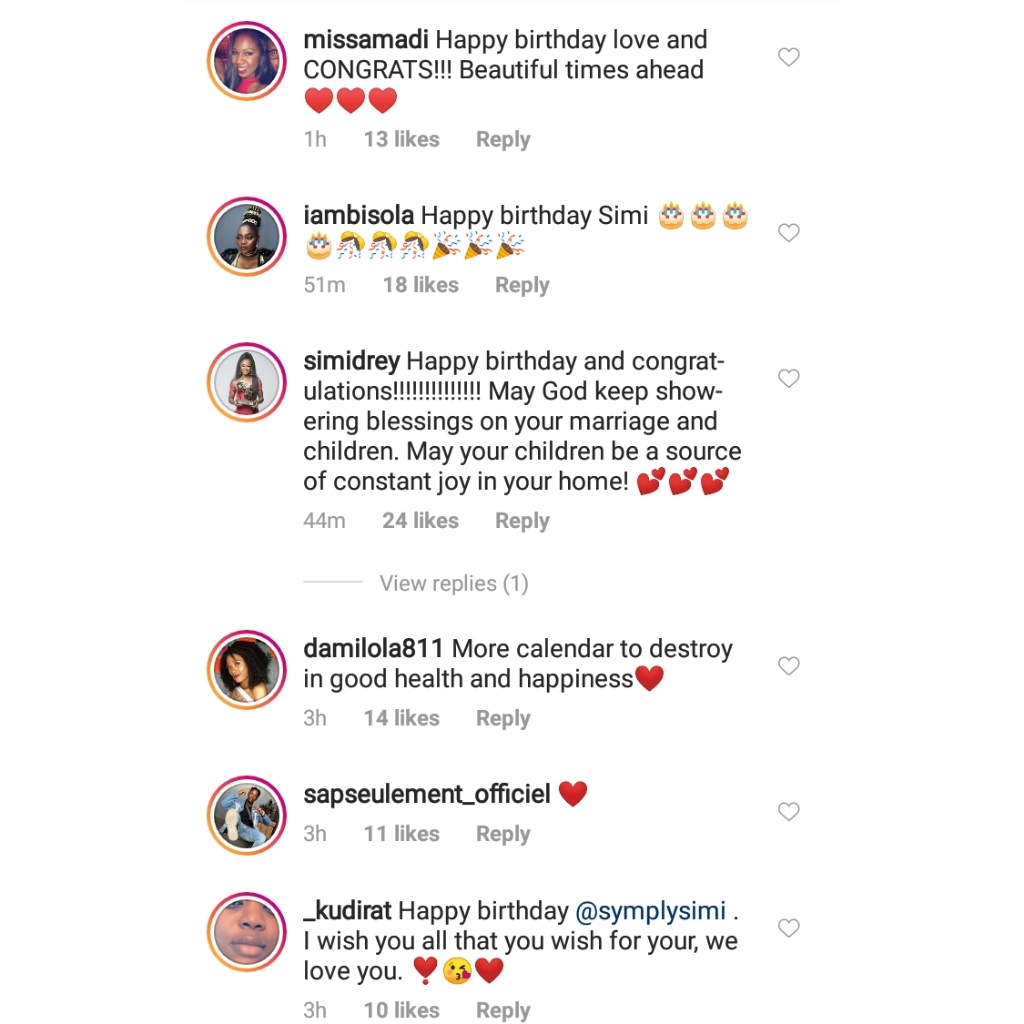 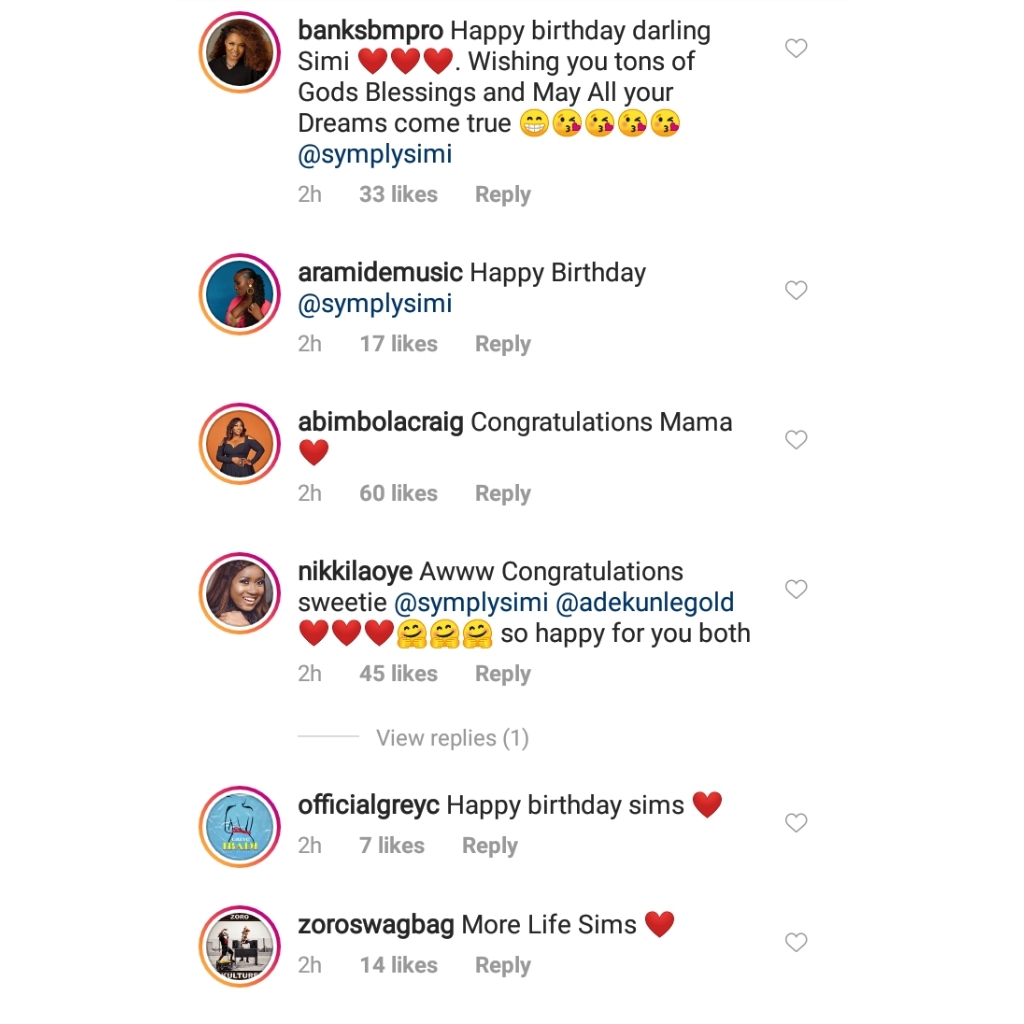 attended by top celebrities in the entertainment world.

Both lovebirds recently celebrated their first wedding anniversary with an

emotional letter to one another as fans continue to envy how God has bless them.

Simi and Adekunle Gold are now being regarded as the best celebrity couple in the industry and have always been consistent in displaying their love and affection to one another.