Controversial cross-dresser, Bobrisky have once again shown the entertainment industry why he’s often regarded as the number one cross-dresser as he acquires another new whip.

internet and this does not look like a trend that will be stopping anytime soon.

show how blessed he his as he adds another car to his already filled garage.

the new whip, a Brabus G63, reportedly worth N140m on his

He captioned the picture with a message that reads: “I just bought myself a new car”.

birthday with a brand new car that had cost him a fortune.

a secret party that was attended by top personalities in all walk of life.

to spend his cash on another whip.

See picture of his newly acquired car below: 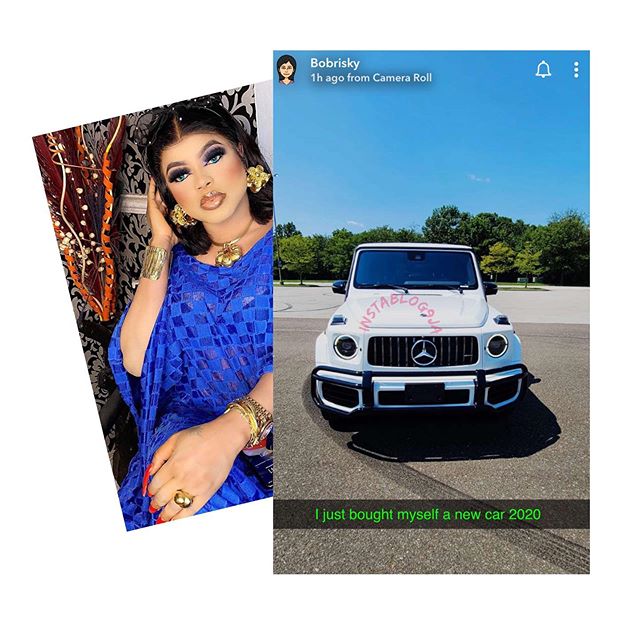