Popular Boxer, Anthony Joshua,prostrates to Nigeria present Buhari at a meeting held in 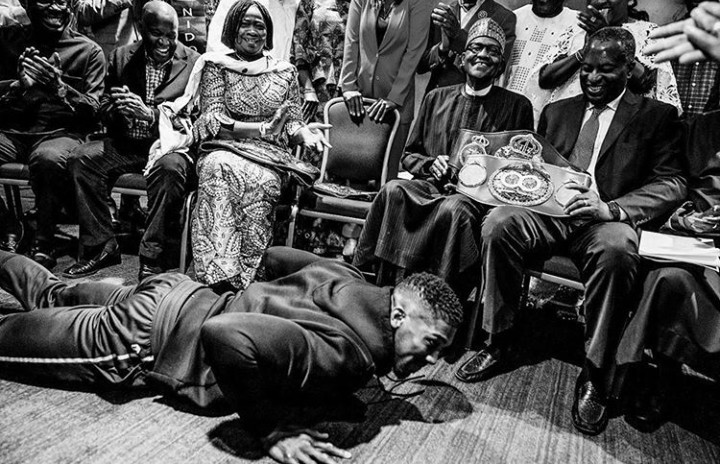 May,show his sign of respect as the son of the soil who understand

However ,his said to have prostrated to President Buhari shortly

after presenting his belts during a meeting with Nigerians

is a British professional boxer. He is a two-time