Home Entertainment ‘Build an empire with your man to earn respect’ – Actress Lillian...

Nollywood actress, Lillian Afegbai has taken over the role of a counselor as she urges ladies to build an empire with a man so as to be respected. 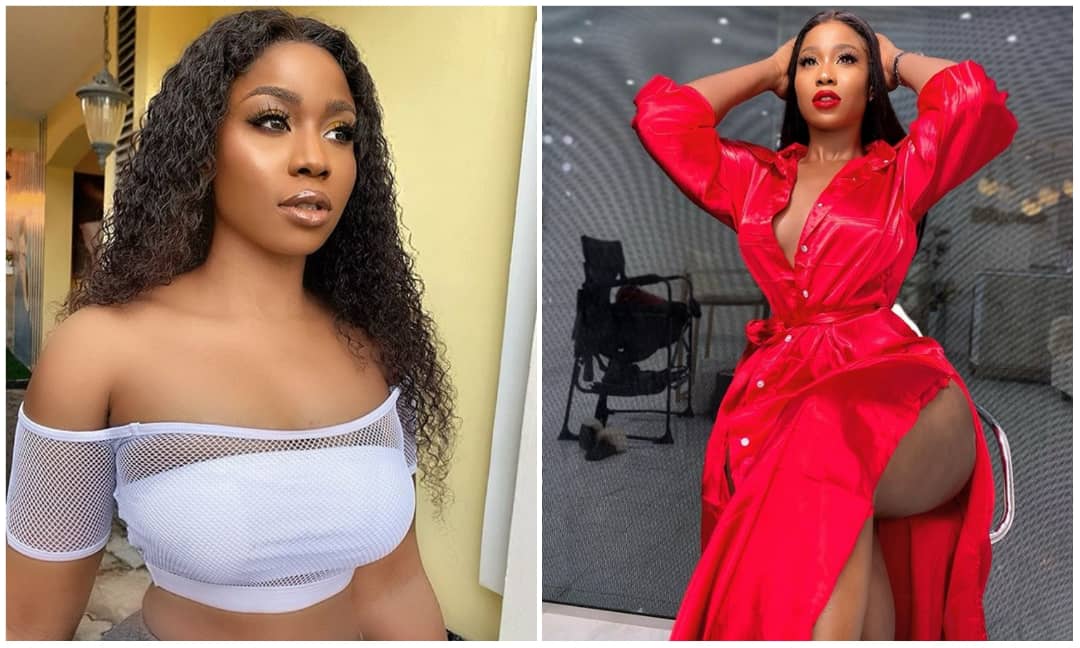 celebrities who are doing good for themselves have not been shy in giving their fans some tips.

With some ladies known for relying on their husband income, Lillian Afegbai has urged

them to strive hard with their him so as to make the maximum respect the deserve.

Lillian Afegbai who has starred in many blockbuster movies and has built a great fans base for herself shared this advise via a post on her official IG page.

attention of her fans with an adorable picture that showed she’s already building her empire.

Dressed in an adorable red outfit, Lillian Afegbai advised ladies to stop waiting for a man to

carry all their responsibilities as this will give them more than they bargained for in the marriage.

Build an empire with him, then you get more respect…. Stop waiting for a man to do

everything for you, Ask your mama.

trolled as fans go as far as asking them to stop living fake life.

Some are accused of dating their superiors so as to get called for a next project. 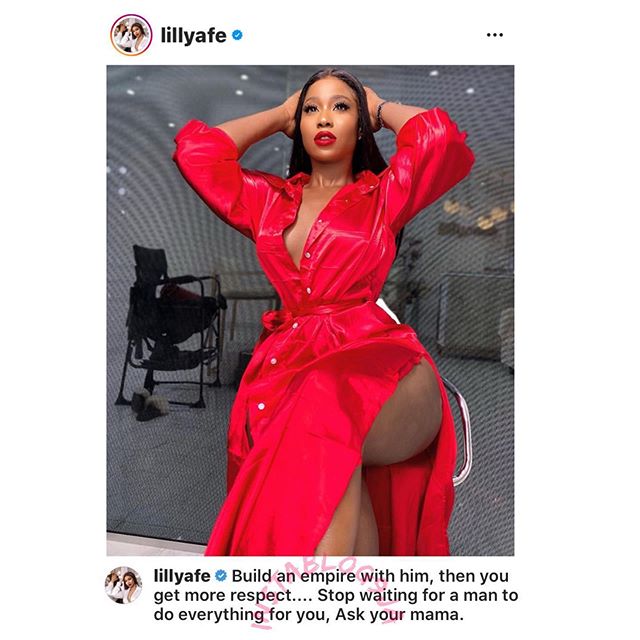 #BBNaija: “Pay Attention to the Winner” – Mercy serves it HOT