Talented female comedian, Taooma have taken to social media to celebrate her NYSC Passing Out Parade in an astonishing fashion. 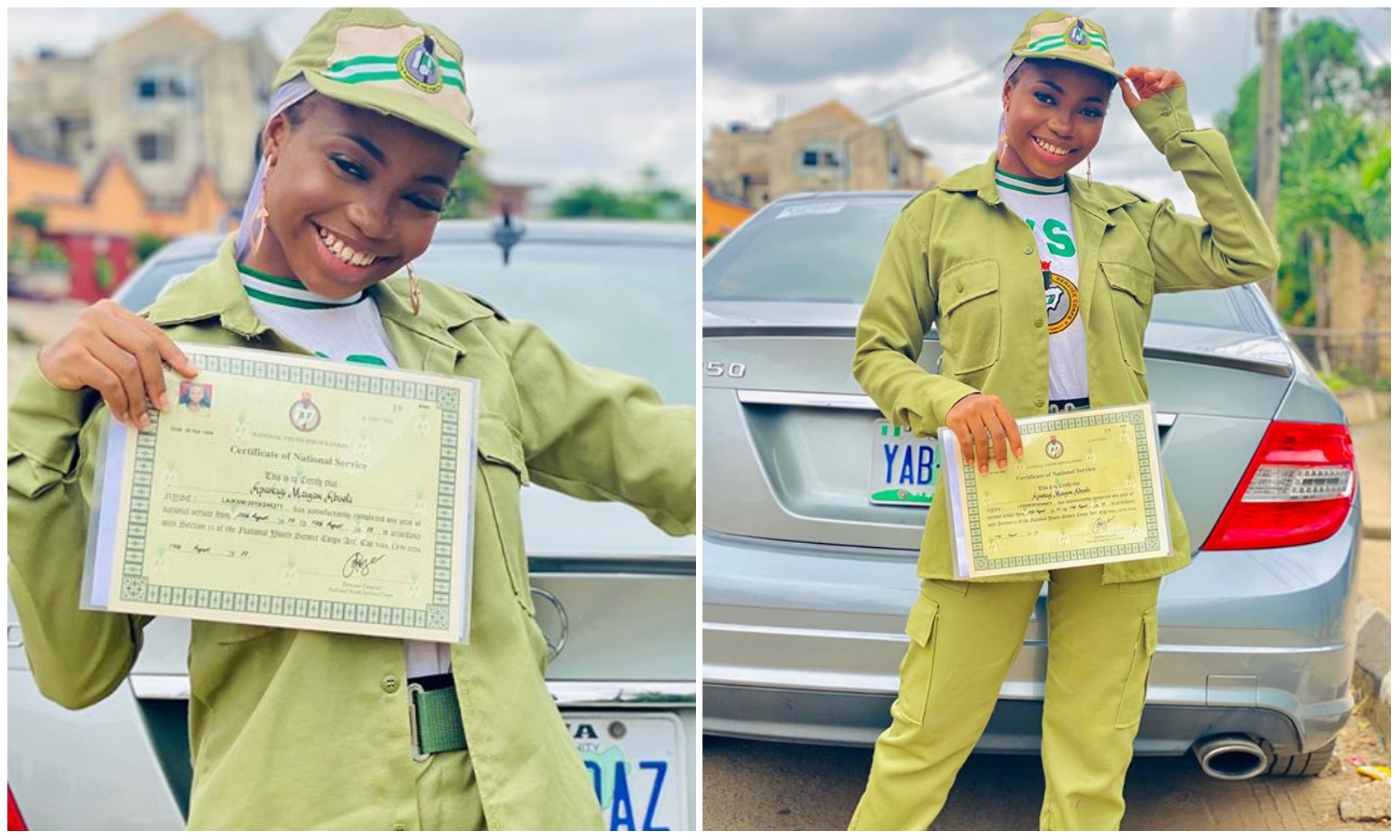 birth after finishing her tertiary education.

platform to bless the face of fans with some beautiful pictures.

Dressed in the kit of NYSC, Taooma struck some sexy pose and made sure all eyes

were on the pictures as she captioned with some sweet words to herself.

one year mandatory service without any hitch.

congratulate her on the milestone as they wish she continue putting a smile in their face.

See her lovely pictures below:

top entertainers in the industry and she will be eager to continue the good form.

Adedokun Moses - September 28, 2020 0
Nollywood actress, Nkechi Blessing is one of the happiest person on Earth at the moment as she celebrates her mother who added a new...

Adedokun Moses - July 10, 2020 0
Controversial reality star and model Natasha Akide popularly known as Tacha is back again in the news and this time it's for something more...

James Antwi - September 5, 2019 0
Growth on online music-streaming platforms is difficult unless you’re internationally recognized musician. However, there are thousands of artistes who manage to get massive streams...

Adedokun Moses - May 12, 2020 0
Veteran Nollywood actress, Tonto Dikeh has taken to social media to celebrate Doctors who helped her conceive her only son, King Andre. It would be...

Davido father donates 20 bags of rice and beans to each ward in Osun...