Controversial Nollywood actor, Uche Maduagwu has revealed that the recent story of Davido having a fourth babymama was cooked up to frustrate his engaged girlfriend, Chioma. 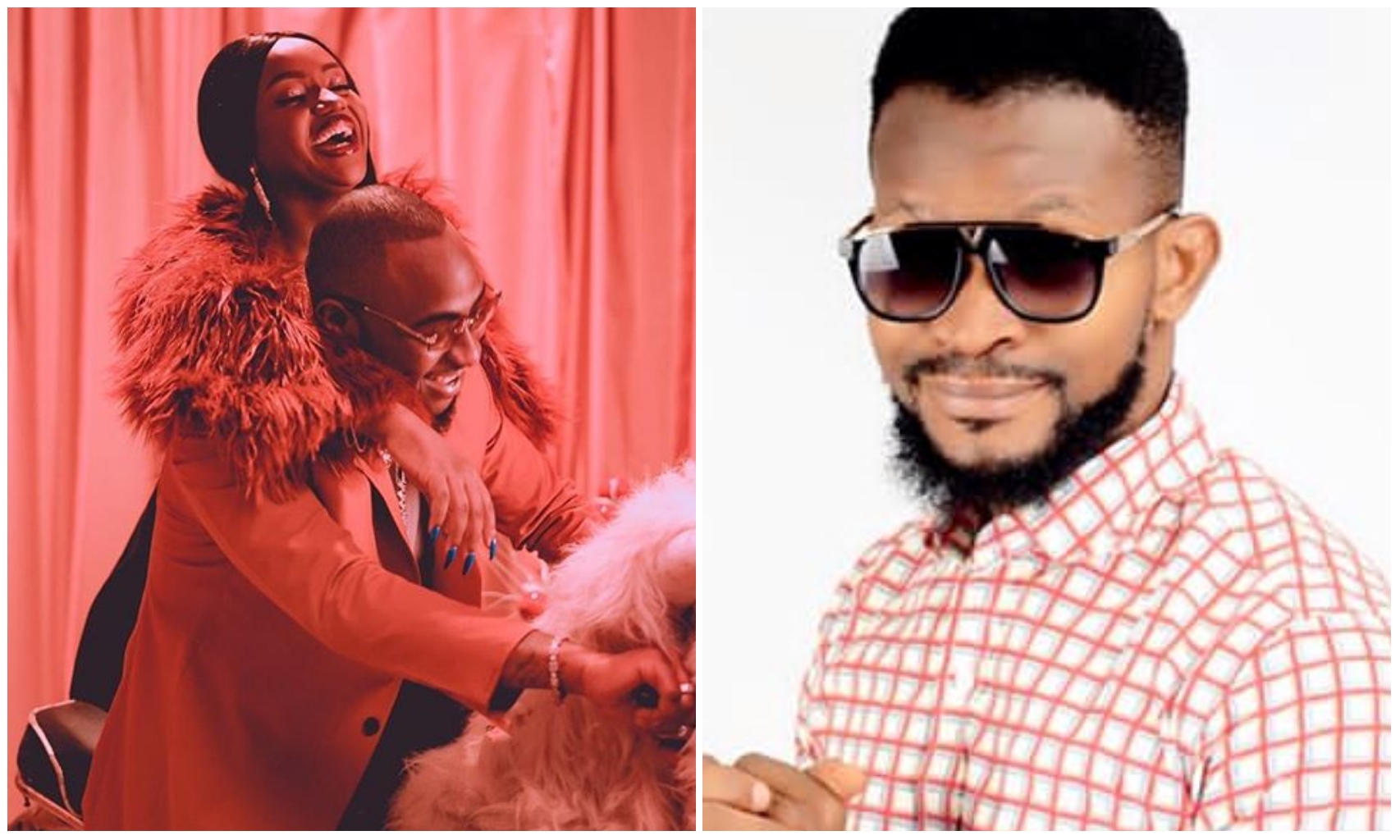 a new baby with a make up artist based in London.

According to reports, Davido and the girl who was identified as Larissa have been in

relationship since 2017 and their friendship have blessed with a baby.

singer have cut all ties with the lady as he does not want to take paternity of the child.

According to the Nollywood actor, a lot of people in the industry are not happy Davido

who is a Yoruba man is planning to get married to an Igbo lady.

adding that he will be walking down the aisle any time soon.

READ
Davido and Chioma did not pay me, I just decided to free them – Kemi Olunloyo

(Update) Davido told me a lot of people in the #music industry are not #happy that he is getting married to an Igbo woman. 💒💒My people, is it a crime for a Yoruba man to fall in #love with an igbo lady and plan to #marry her? 🤷‍♀️If his father and entire #family members accept Chioma, wetin concern Agbero with overload? 🚗Stop paying people to spread #fakenews against Davido to spoil his #wedding plans for Chioma, 💎according to my #phone conversation with Davido, he said "Chioma na my last bus stop, she go born my 4th child in few months" 👩🏽‍🍳#Davido is not tribalistic, my people why is it extremely hard for haters to accept that a Yoruba man can marry an igbo woman in #naija? 🤷‍♀️#repost #beautiful #couple #instagram #bbnaija #quote #followme #nollywood #obo #lagos #abuja #ghanaian #accra #instagood #share #blog #twitter