pay in sport especially Football and this seems not to be stopping anytime soon.

Football Club by joining Manchester United, things have been rozy in her new club and

that has not stopped her from dragging her former club.

twitter handle to celebrate United win over bottom side, Bournamouth but not without

aiming dig at her former club.

they would never have scored much goal like that.

club, she will be glad Manchester United are making her proud just like she wish to.

fourth place and three point adrift of Leceister City who are well placed in third place.

DJ Cuppy will be happy if United can continue the good form till the season runs out as this will give her the right to brag. 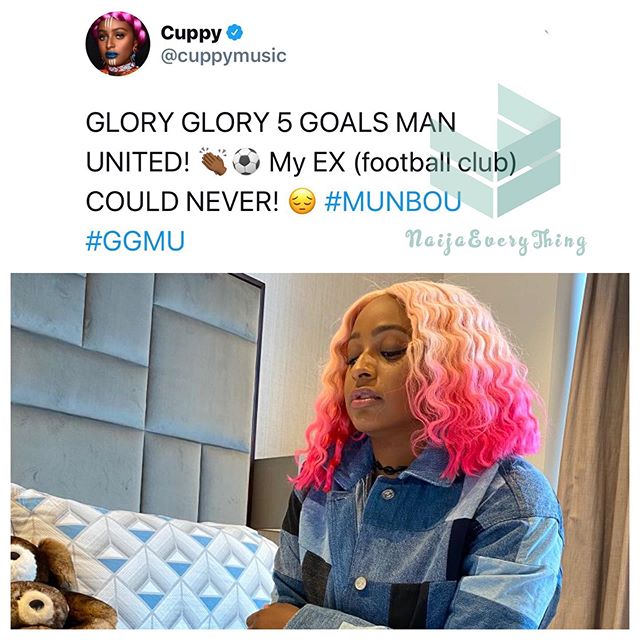 Pheelz was the ‘Messi’ in the ‘Battle of Hit’ challenge against Master Kraft – OAP, Dotun

So Hot! Mr Eazi’s Girlfriend, Temi Otedola Shares Some Stunning Photos That Is Breaking The Internet

EndSars: BBNaija’s Khafi breaks down in tears as she reacts to Pres. Buhari speech (Video)