Home Entertainment Celebrities Don’t stay in any marriage that will lead to death – Singer,...

Nigerian singer, Peter Okoye gives his own advice to couples in toxic marriages following the death of Bimbo, the wife of the auto car dealer, IVD.

The handsome singer took to his Instagram to share a short message to couples who are married. 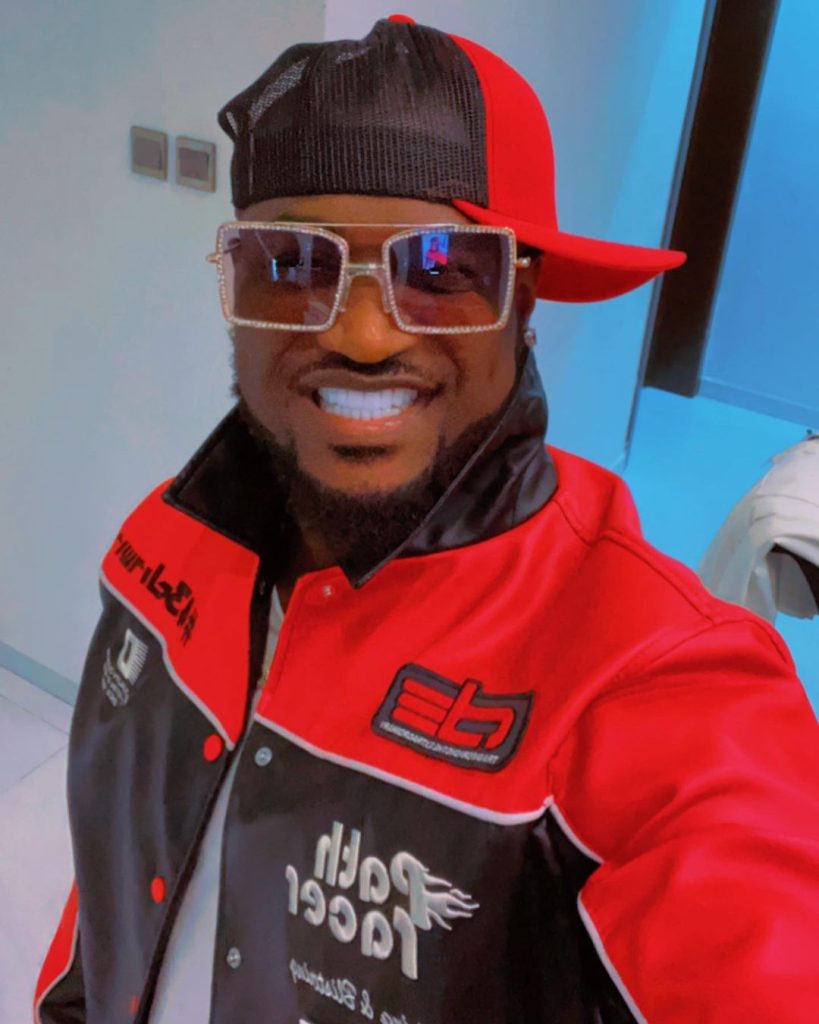 According to Peter who is also known by his stage name, Mr. P, he stated that there’s a difference between getting married and living married.

He went further to urge Nigerians not to stay in marriages that will lead to death, he also stated that if the marriage isn’t working the best thing to do is to leave the marriage.

This is coming after the death of the wife of the celebrity car dealer, IVD, according to some information the duo were in a toxic marriage and she was being abused by him. 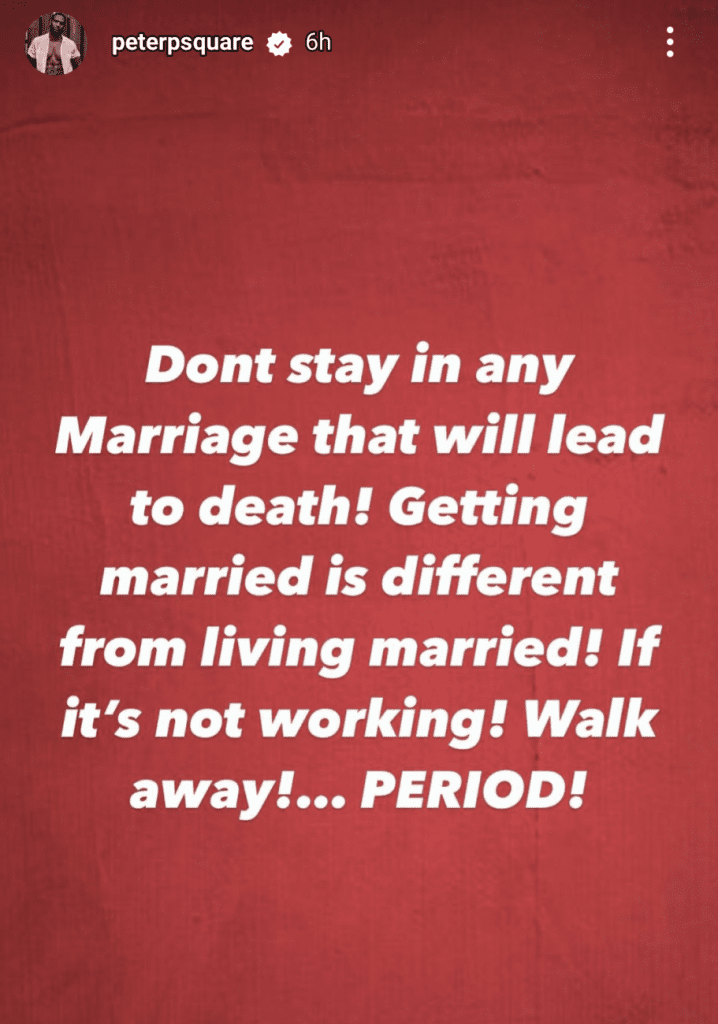 #BBNAIJA: WCW Esther goes bra-less in new Photo, says she is A VIBE