Ghanaian TV presenter and actress, Efia Odo has revealed her ambitious goal of owning a private jet of her own. 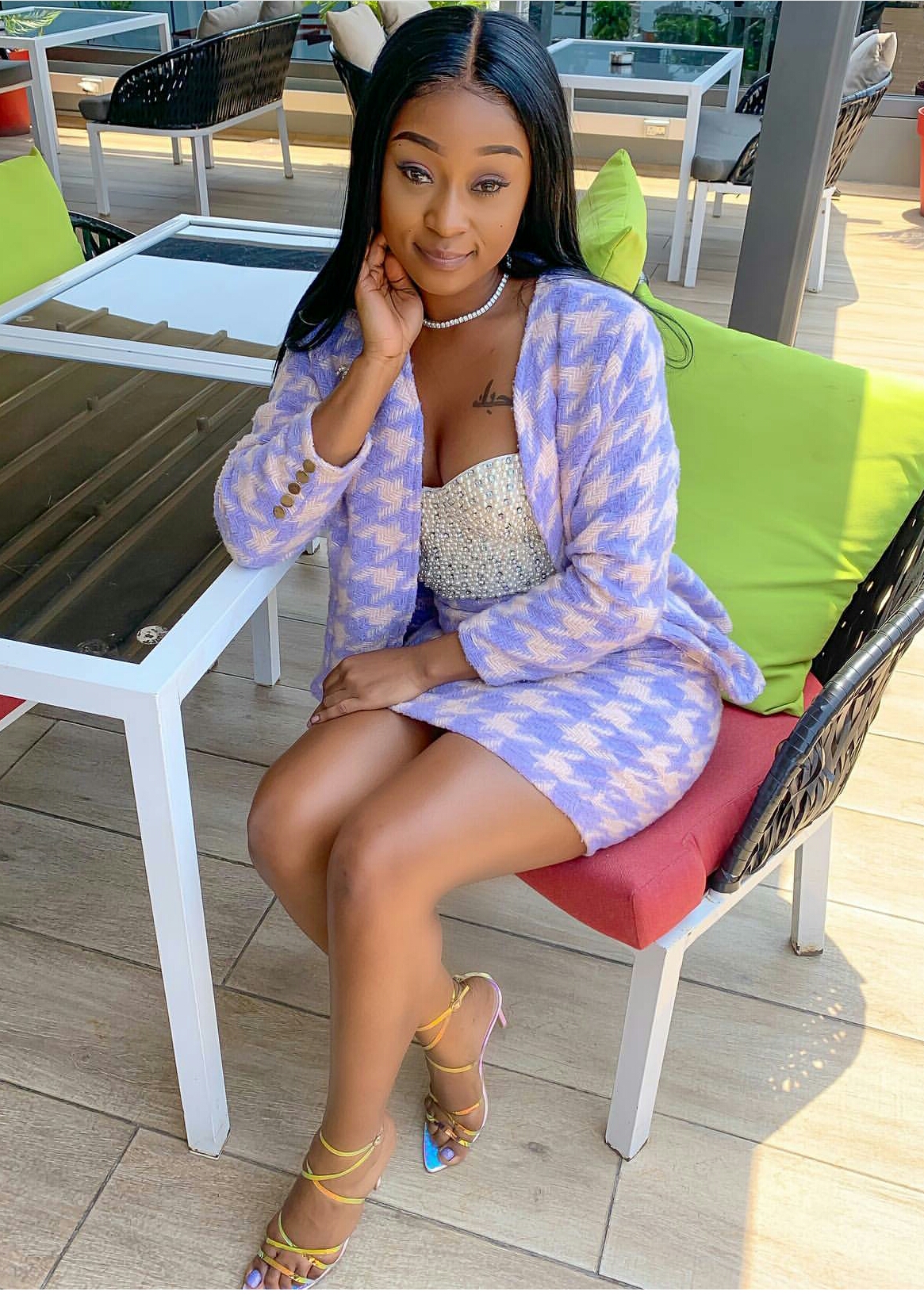 The controversial actress who once diclosed that she doesn’t own a car of her own, has told her fans not to express shock of the fact that she doesnt drive a car because she is seriously saving  her money to buy a private jet.

The luxury of owning a private jet is a privilege only the very rich in society can afford.

Although, the net worth of Efia Odo is not publicly known, she appeared very determined to acquire the dream private jet.

The Ghanaian born but American raised actress  disclosed her intention via her Instagram story where she  openly disclosed that her goals differs from that of other ladies and all those who might mock her because she doesn’t own a car.

In her Instagram story, she stated that “For Jaz’s Bday Beyoncé bought him a 40million dollar jet! That’s the wealth I will achieve. So if you don’t see me with a car it’s cuz I’m saving for a jet..My goals ain’t your goals..” 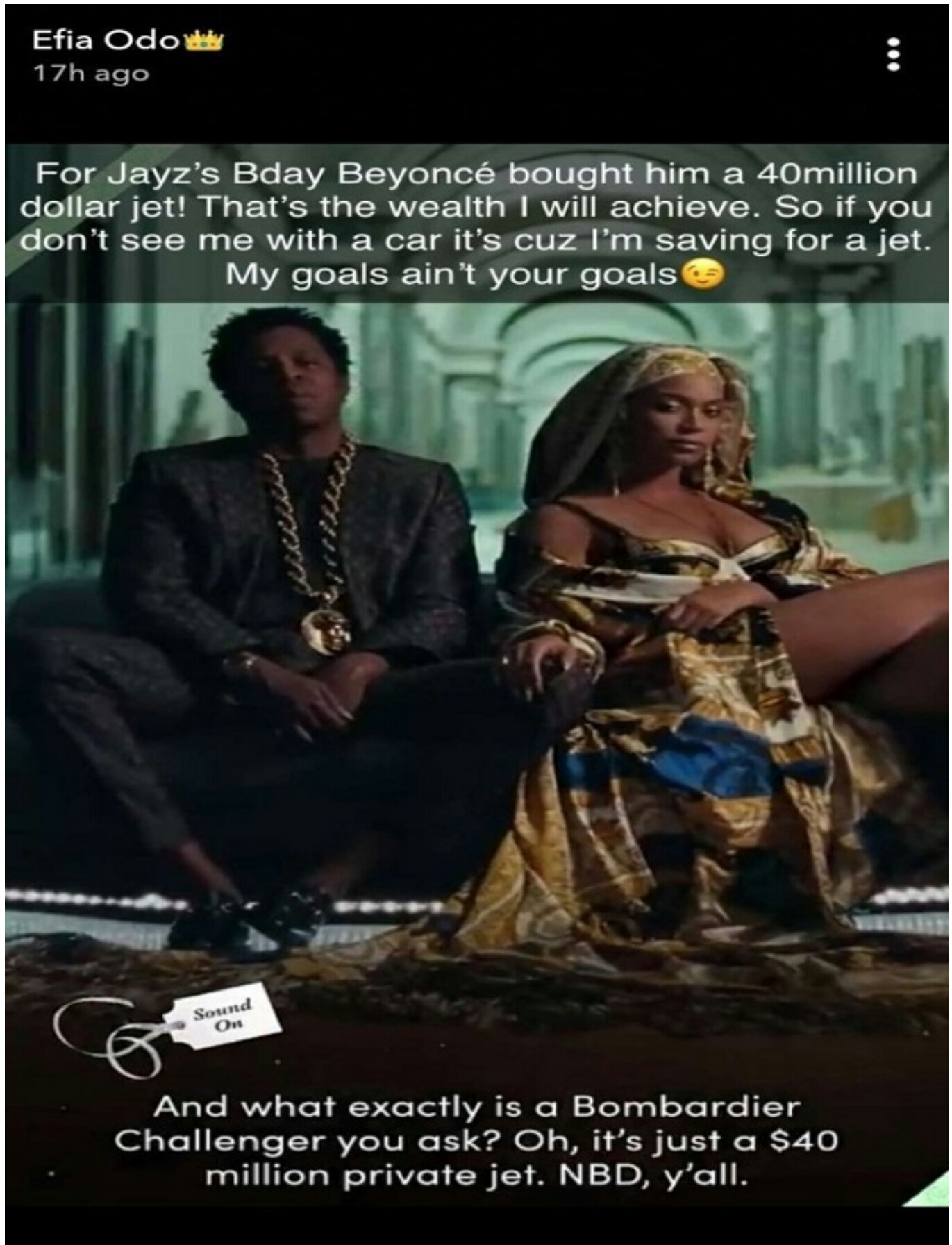