Bursty Nollywood actress, Eniola Badmus has taken to social media to give thanks to God for surviving 14 days of quarantine.

in UK which is one of the most affected city in the world.

certain of their status on the pandemic disease, Eniola Badmus has been under

supervision ever since then.

could not hide the excitement of knowing

that she has not tested positive to the

that she’s hale and healthy.

Eniola Badmus while sharing a picture of herself wearing an hand glove after her quarantine period, she wrote;

DAY 14 OF QUARANTINE……. I AM HALE AND HEARTY……THANK YOU LORD 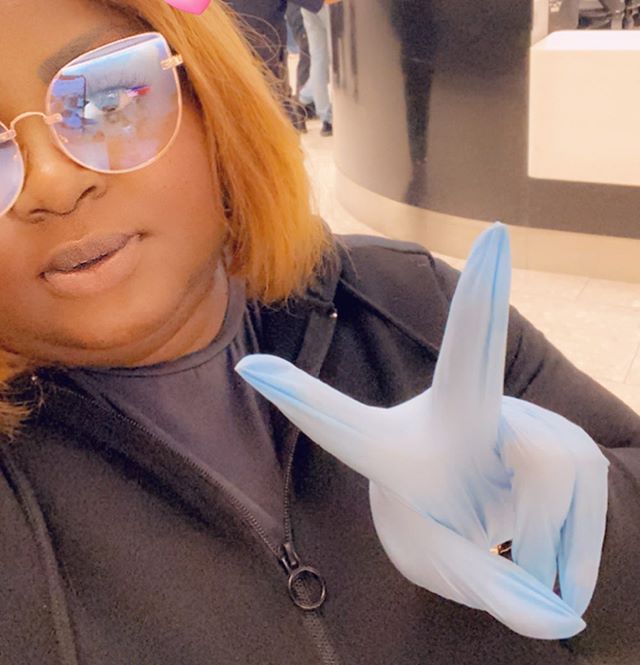 possible as she has been touring the world in recent months.

The sexy filmaker and producer recently visited the luxurious city of Dubai, a visit that was well documented on her page.

Neymar In Talks With PSG Over New Contract