Nigerians on social media have come hard on award winning singer and disk jockey, DJ Cuppy as they implore her to let go of Anthony Joshua. 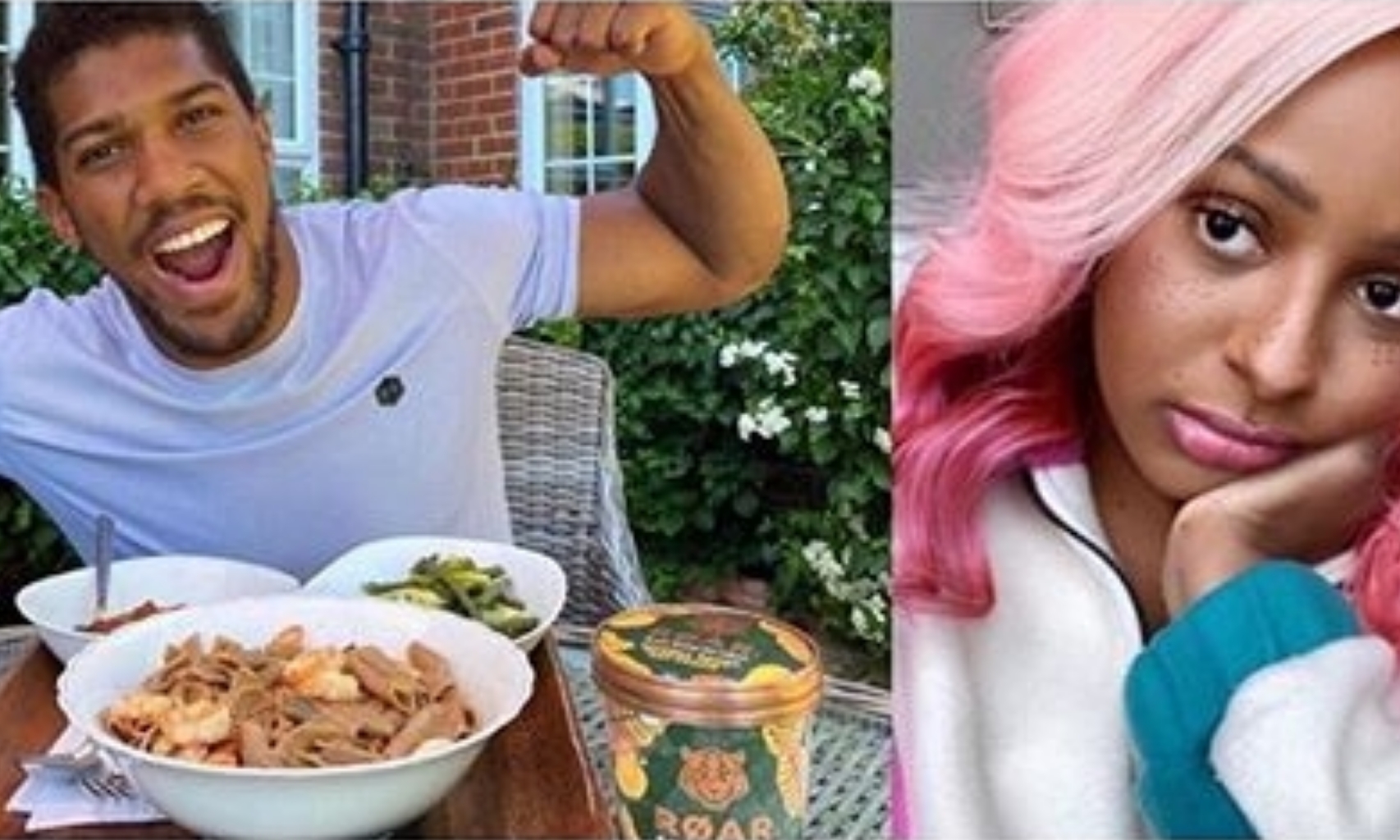 The relationship between Nigerian-born British boxer, Anthony Joshua and

years ago but their relationship did not see the end of the tunnel.

However, DJ Cuppy seems to have not moved on from the crush she had on

Anthony Joshua as she has been consistent in reacting to his post on social media.

media and DJ Cuppy who couldn’t control herself reacted by noting that he loves Gelato.

However, Nigerians asked her to move on as some noted that Anthony Joshua did

not like any Gelato as claimed by DJ Cuppy. 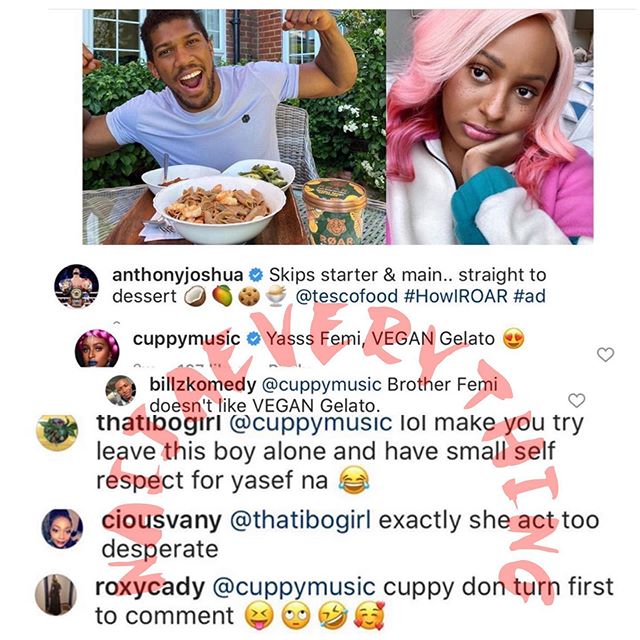 name and some indicated that it might be Davido’s manager, Asa Asika or footballer Victor Anichebe.

With the ‘Gelato’ crooner shooting her shot at Anthony Joshua again it’s left to see whether she will get herself a man before the year runs out.