Controversial journalists, Kemi Olunloyo has issue a stern warning to fans and followers asking her about the identity of Davido’s alleged new baby mama.

fourth child with a lady based in the UK.

According to the gist, his newest baby mama is Larissa Yasmin Lorenco A.K.A

Larissa London, a UK-based make up artist born and raised in Angola.

Reports also has it that, Larissa welcomed her son in March 2020, and went off social

media when the rumour initially started and have now returned.

platforms so as to sustain his relationship with Chioma who he’s already engaged with.

media platforms to blast fans who are constantly texting her. 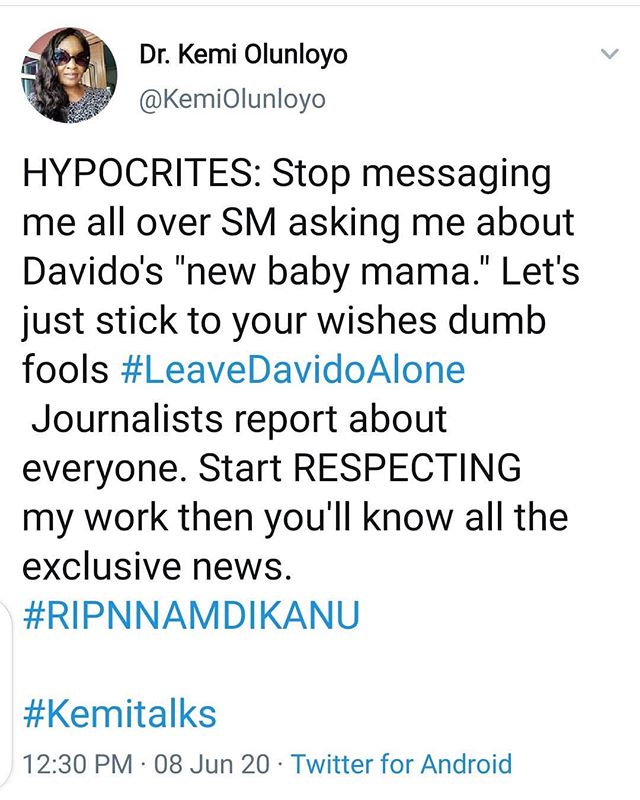 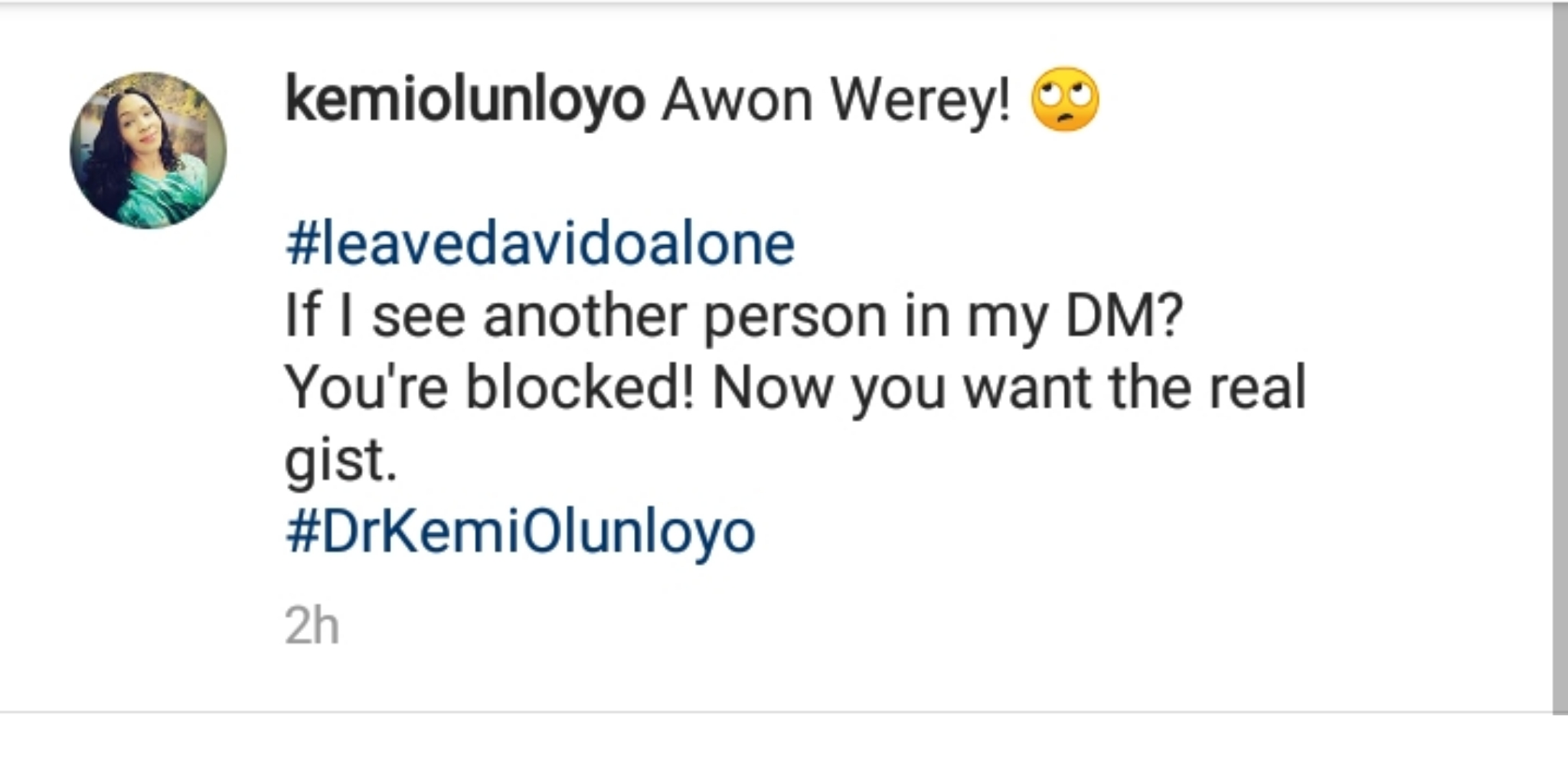 Davido is yet to respond to the claims of him having a new babymama, only time will tell if he will react to the allegations or continue to put fans in the dark.