Home Entertainment ‘I can drop a song now and scatter everywhere’ – Naira Marley...

Controversial Nigerian singer, Naira Marley has bragged about his singing abilities just hours after he breached the social gathering rules.

Interstate movement are being banned an event that was also attended by BBNaija’s Kim Oprah.

reports has it that the mall was closed indefinitely.

Following the recent action, some Nigerians have taken to social media to

ask how Naira Marley was able to fly into Abuja while the restriction of interstate movement is still on.

Well, Naira Marley seems less concerned about the whole matter as he took to his

Twitter handle to ask if his fans if they have eaten while urging them to get something to eat.

“Have you eaten? If not please eat good food because you are important.”

A few hours later, he wrote:

“I can drop a song now and scatter everywhere.” 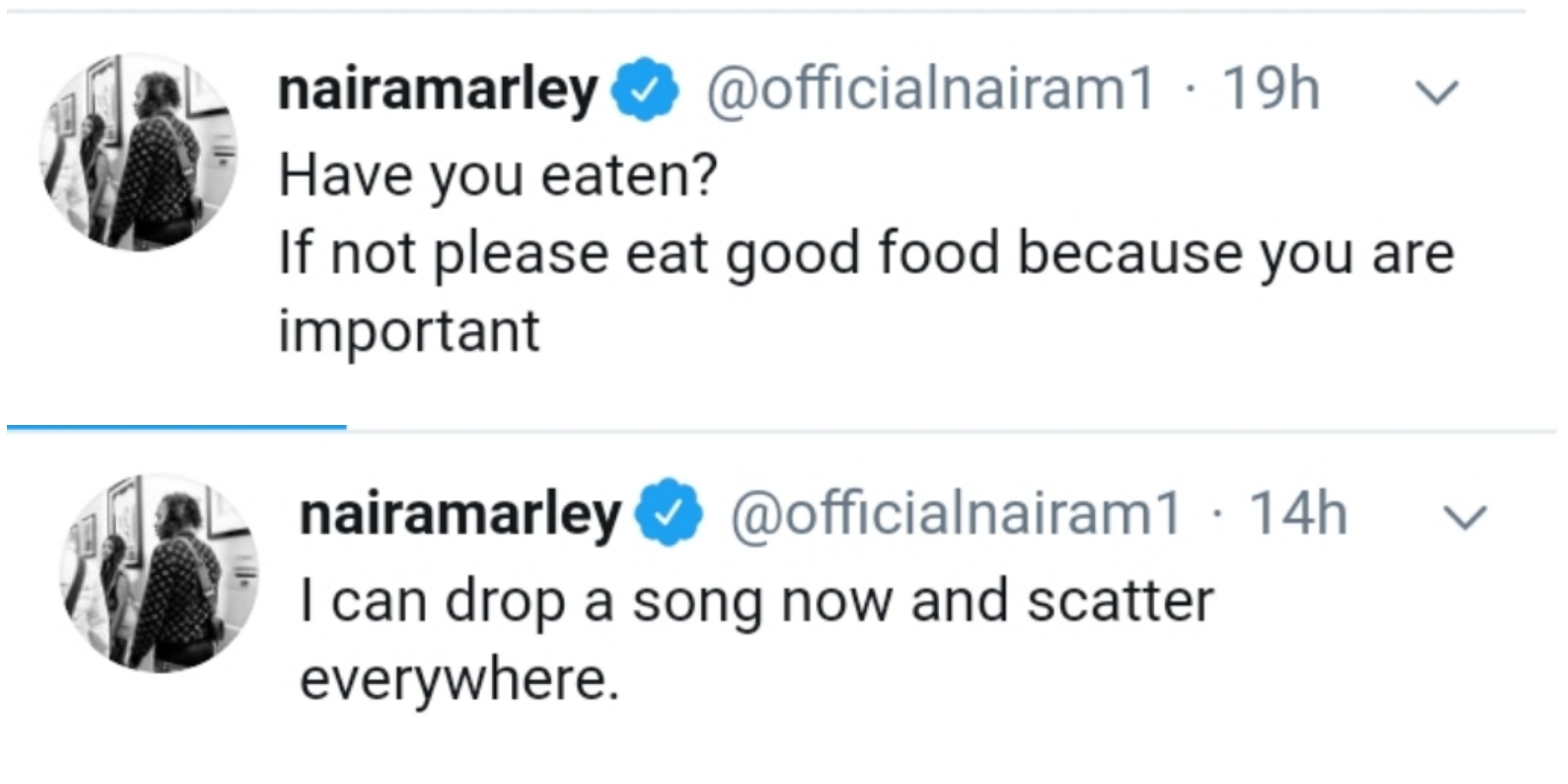 Naira Marley have become one of the most controversial celebrity the entertainment industry has ever seen.

attending Funke Akindele’s house party a move that saw him going to court to defend himself.

Though he was made to apologise for his behavior, Naira Marley have not learn from the event and has continue to show how controversial he could be.

“I carry my breast up for you!” – Actress Lizzy Anjorin shares peculiar situation facing the average citizen