Music executive, Ubi Franklin has recounted the ordeal he went through when he lost his music acts, Iyanya and Tekno.

Recounting the experience, Ubi disclosed that he lost confidence when his artists left and although he tried to build his label back up, his efforts were in vain.

It can be recalled that Iyanya left Ubi’s record label TripleMG in 2016 and Tekno followed suit in 2018.

The music exec revealed that he now has them back and has now signed more artists to his record label.

Ubi Franklin revealed earlier after he and Iyanya fell out, he almost killed himself, the two who engaged in a war of words on social media over bad management issues are now on good terms.

Meanwhile, Media personality, IK Osakioduwa sends a lovely message to his wife as they mark their wedding anniversary (read it here) 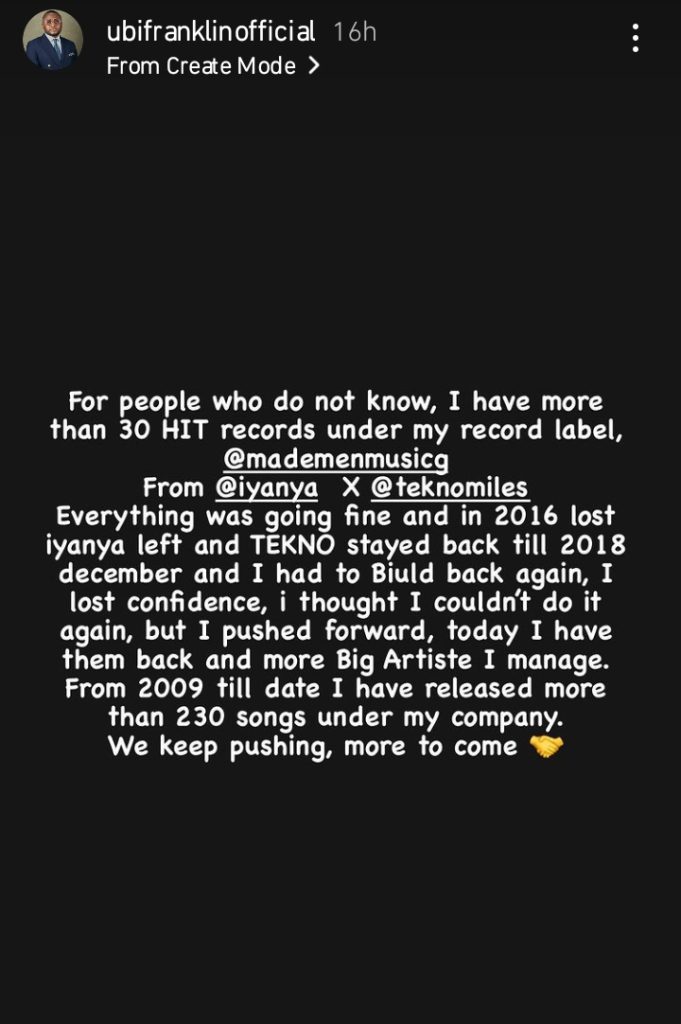